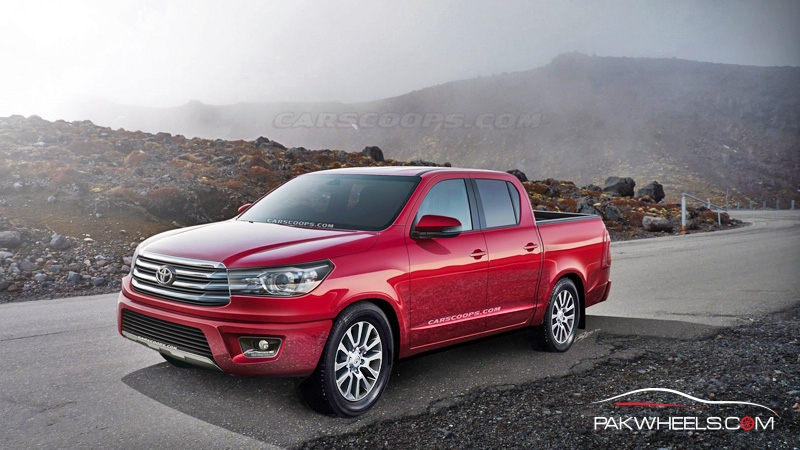 Earlier this week, we brought you the leaked images of 2016 Toyota Hilux. Toyota has confirmed and released a teaser image confirming that the upcoming 2016 Toyota Hilux will be officially unveiled of May 21, 2015 in Thailand. 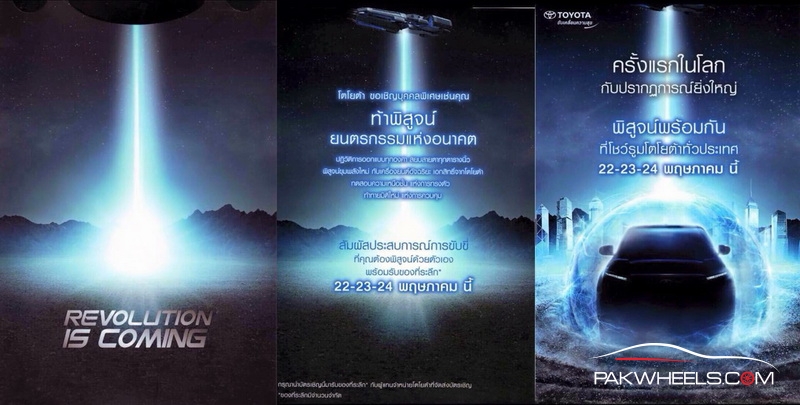 The following image shows fresh off the assembly line vehicles lining up at Toyota’s factory in Thailand, confirming that the production of 2016 Hilux has already been started. 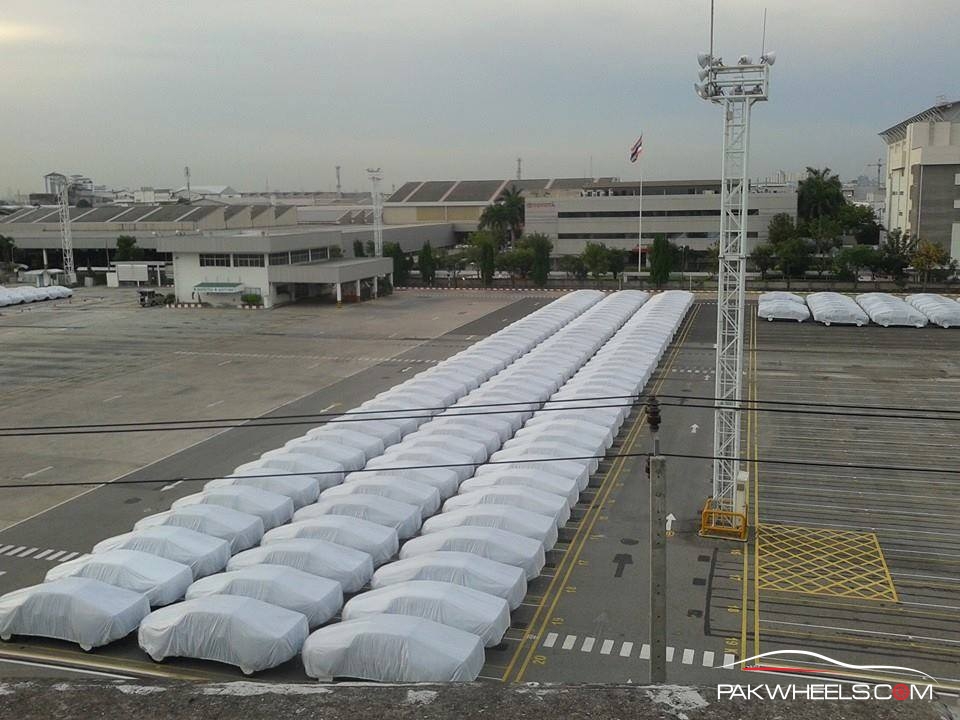 The power from the 2.8-liter engine will be transferred using a 6-speed automatic gearbox to the wheels. The new 6-speed transmission will come with Eco and Power driving modes, there’s also an option for a 6-speed manual gearbox for the 2.8l variant.  The 2.4-liter variant will come equipped with a 5-speed manual or 6-speed automatic transmission. The new truck will come with features such as LED based DRLs (daytime running lamps) and 17-inch alloy wheels to name a few.

Toyota Indus launches same vehicles in Pakistan as the ones available in Thailand, so there is high probability that IMC may launch this vehicle sometime during next year in Pakistan.

There is no word out on the pricing yet. We will update you as soon as we find out. Till then let us know what you think of the 2016 Toyota Hilux in the comments section below.