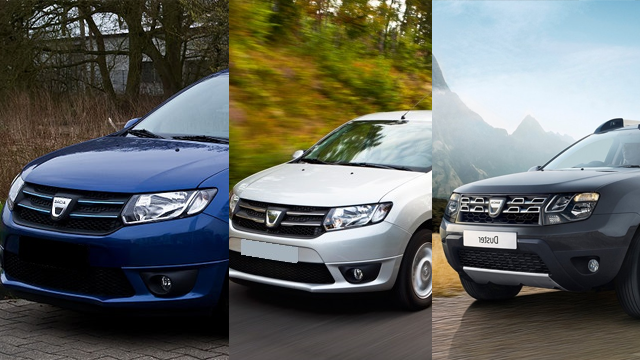 3 Cars We Can Expect from Automobile Dacia in Pakistan

Introduced in September 2007, the Dacia Sandero also known Sandero, is a subcompact car produced jointly by the French manufacturer Renault and its Romanian subsidiary Dacia since 2007. Sandero is currently at its second generation. Based on the Logan platform, this car has gained immense popularity globally, because of its extremely economical car. The ongoing (second) generation Sandero comes with 1.0-litre engine under the hood, which replaced the previous 1.2-litre engine. The new headlight design with LED daytime running lights and styling tweaks inside and out are the other things that have recently been added to this car’s feature list. If introduced in Pakistan, Sandero could sell like hotcakes as there’s already a great shortage of hatchback cars in the local market.

Logan is compact sedan produced globally since 2004. The popularity of this economical sedan can be judged from the fact that Dacia has been able to sell more than 1.5 million units of Logan so far since 2004. Logan is based on the Dacia B0 platform, which is also used for the Renault Clio II and for other Renault and Nissan models. Logan is currently in its second generation worldwide and has been introduced globally with 1.6L petrol and 1.5L diesel engines. at the company has managed to sell more than 3 million units so far. If launched in Pakistan, Logan could be a direct competition to Honda City, Toyota Corolla Gli and the upcoming Suzuki Ciaz.

Duster is a compact sport utility vehicle (SUV) produced by Dacia since 2010. Globally, it is marketed with different names which include Dacia Duster, Renault Duster and Nissan Terrano. Duster is based on the Logan platform. In 2014, 40% of the Duster units sold worldwide were badged Dacia and 60% (70% in 2013) were sold under the Renault marque. The vehicle is currently in its first generation however globally, the second generation of Duster is expected to be launched this year. In Pakistan we can expect Dacia Duster to be launched with a 1.6 Litre petrol engine. Suzuki Vitara, Honda HR-V and upcoming Honda BR-V would be the competitors of Dacia Duster in Pakistan.

Also Read: Dacia Trying to Woo Pakistan – Keen on Investing in the Country