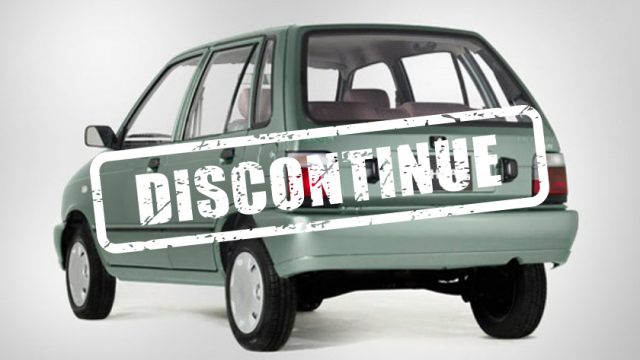 Suzuki Mehran has a legendary place in the local market and among the car enthusiasts in Pakistan. The car ruled small car segment for almost three decades. One of the primary reasons for its success was no competition. There was no other car in the 800cc category in the country; subsequently, Mehran ruled it. Although Pak Suzuki didn’t upgrade its generation, introduced any safety features, or majorly changed its outlook, the car remained one of the top choices of local buyers.

During its existence for three decades, the look of the car remained mostly same, showing the lack of interest of manufacturers. Due to no competition, the Suzuki was may be sure that it will still sell because local buyers don’t have any other choice. However, the sales got affected after the arrival of Japanese used cars in the local market, which have more features, are more comfortable, better mileage and safety specs.

In 2019, after three decades, Pak Suzuki decided to discontinue the ‘national’ car of Pakistan. In this article, we will discuss four primary reasons why Suzuki killed Mehran in Pakistan, and why it was a great decision.

1. No Safety at All in Mehran:

The Suzuki Mehran was just a collection of metal, some fabric and electronics on four wheels. The vehicle doesn’t have any safety feature, except the seat belts on front seats. Pak Suzuki never tried to install airbags, disc brakes, or ABS. In short, riding in Mehran is surely a dangerous experience, and the company should’ve discontinued it years ago.

Now, if you think about it, it sounds really bizarre that Suzuki never upgraded its generation for thirty years, which is a long time. The company only changed some parts here and there, like slightly changing the look of the front grille, or shape of headlights, other than that, it was the same car all along.

3. No New Features in Mehran:

Along with the exterior, Suzuki didn’t change anything in the interior. In three decades, the manufacturers could’ve installed power windows, or power steering or body-coloured side-view mirrors, but no, the company kept on selling the featureless car to local consumers. Even, the essential feature like AC was only in ‘top of the line’ variant of the vehicle. Although there are serious questions about its performance.

As mentioned earlier, the arrival of Japanese cars did hurt Suzuki Mehran’s domination in the local market. Those cars had much more specs and features including safety, mileage and comfort than Mehran. Henceforth, the company discontinued it and launched Suzuki Alto to compete with Japanese machines in 660cc category.

At the time of its discontinuation in 2019, the price of new Mehran was Rs8,60,000, which is quite high, if you see its specs and features. Furthermore, the consumers had numerous choices in Japanese cars in this budget range; hence, it was a great decision to end Mehran in the country.