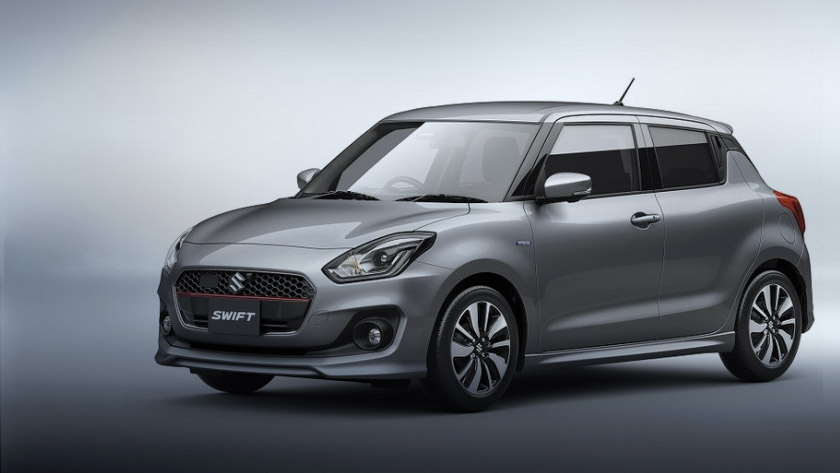 I hope you all are now well aware of the 2017 Suzuki Swift. The car in question is one of the most popular cars by the Suzuki brand. This new generation of Swift hatchback broke cover in Japan at an exclusive event. Here are the eight most interesting facts many might not know about the all-new Suzuki Swift:

1: Suzuki has revealed Swift ahead of its debut at Geneva Motor Show. Since its launch in 2004, Suzuki has managed to sell more than 5.3 million units of this car worldwide.

2: The all new Swift is based on Suzuki’s new HeartTect platform, which has allowed for noticeable weight savings and improved rigidity. Suspension wise, it continues to use McPherson struts up front and a torsion beam at the rear.

4: The car has been introduced with an option between 1-litre Boosterjet turbocharged three-cylinder or a 1.2-litre naturally aspirated four-cylinder engine. The former makes 100bhp/150 Nm whereas the NA engine develops 89bhp/120 Nm. Additionally, the RST trim of Swift in Japan will feature a 3 cylinder turbo engine, tweaked to give out higher performance figures then both other engines.

5: Suzuki has paired the 1.2-litre engine with a DC electric motor that’s linked to a lithium-ion battery pack, also known as the Suzuki’s Mild Hybrid System (aka SHVS). Under normal driving conditions, this hybrid drivetrain assists the petrol engine when accelerating and braking. The company predicts a combined fuel economy of 27.4km per litre for this model as per Japanese fuel economy rating JC08. This model will also be equipped with Idle Start/Stop feature.

6: For the first time, adaptive cruise control is also made available for the new Swift.

7: The new Swift is 10mm shorter in overall length as compared to the outgoing generation, but interestingly the company has managed to increase rear legroom by 20mm.  Moreover, the cargo capacity has been increased by around 55 litres over previous generation and now stands at 265 litres.

8: The new Swift carries plenty of modern-age design aesthetics. Bits like the Audi-esque grille, diamond-cut style alloys and the prominent recesses around the fog lamps are all new. On the rear end, there are not a whole lot of changes but it has received a new shaped spoiler, newly designed LED taillights as well as a new hatch door design as per Suzuki. The door handles for rear doors have been relocated on the edge of the door at the C-pillar contact.

The Most Sought After Car Colours – Is White the Benchmark?