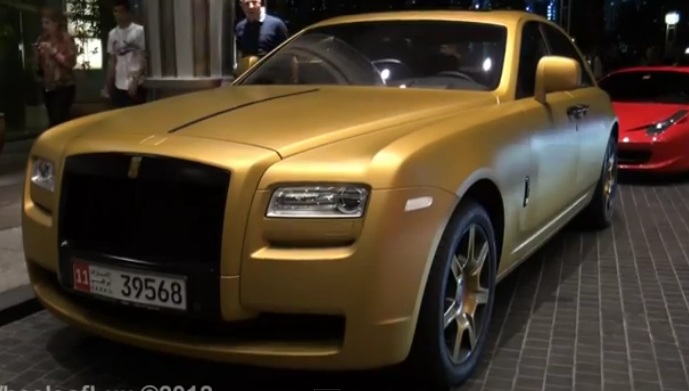 There have been obscenities far worse than what this owner in Abu Dhabi has done. Apparently, for some owner Rolls Royce isn’t showy enough to display their wealth and status so one man decides to drape his life style around his new Rolls Royce Ghost.

The car is now so ironic to its name, Ghost however, this not actually dipped in liquid but actually, it is a matte gold vinyl wrap used to make the car be the center of attention anywhere it goes breaking all bounds you may think it must’ve have from the name.

From the land that has risen from the desert in a single generation comes one awesome way to express your wealth and, to complete the look, the grille is also covered up in matte gold which we roughly believe to have taken tens of work hours to complete the job.