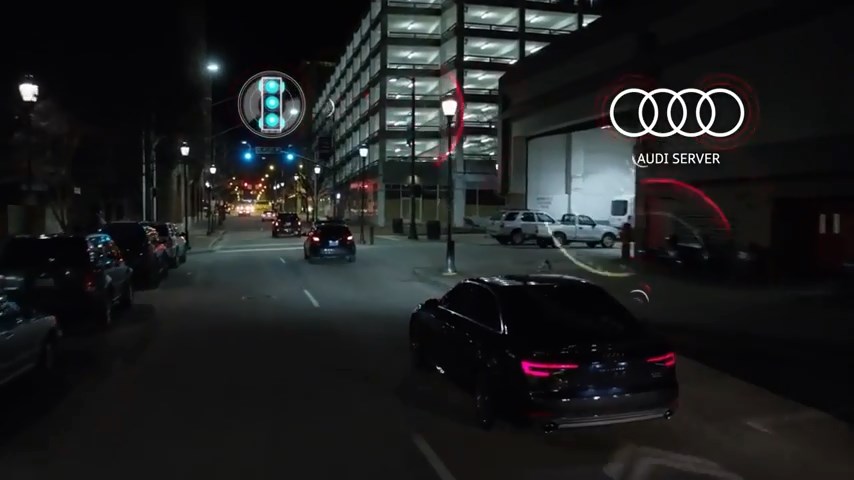 Audi, the premium German car brand, revealed not too long ago that the new 2018 Audi A8 saloon will be the first autonomous production car. Audi is planning to make the new model of its flagship saloon world’s first fully operational self-driving car. And now, as the first step to its destination, Audi is coming up with technology that will let its automobiles communicate with traffic signals in the United States.

For a test Audi A4 and Q7 models that were made after 1st June, will come with this vehicle-to-infrastructure technology. The new revolutionary technology allows traffic signals and other infrastructure to exchange safety and other operational data wirelessly to vehicles over the cloud. The purpose of the technology is to make the driving more stress-free. The technology will also be used to reduce congestion and traffic jams and mitigate crashes.

“This (V-to-I) is designed not as a safety feature but as a comfort and convenience feature.”

He further said the Audi system would be able to tell its drivers the duration of the traffic signals; if the signal is about to go red, or how long it’s going to take to turn green, etc. The system will display all the relevant V-to-I information on the car’s dashboard.

As a next step of the evolution of the system, the V-to-I technology will make its way in the car’s satellite navigation as well as helping in autonomous driving. After V2I, you expect V2V (vehicle to vehicle) communications to further lessen the numbers of accidents and crashes.

Pakistan has One of the Lowest Petrol Prices in the Region!