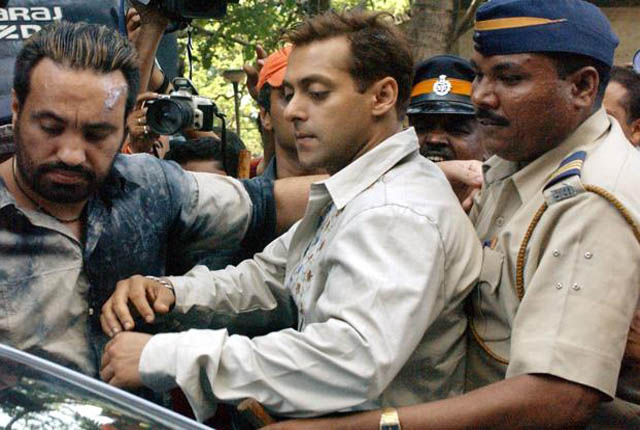 You read it right. The king of Bollywood and the most bankable star of India with several hit films such as Dabang and Kick, Salman Khan has just been sentenced to five years in prison for a hit-and-run case of 2002 where he allegedly killed a homeless man after he drove over five men sleeping on a Mumbai pavement, thus ending a 13 year trial that had been held against him.

The Bandra Metropolitan Magistrate had conducted the trial initially at a lesser charge of negligent driving which carries a sentence of two years according to Indian law. However in 2012, they handed the matter over to the Mumbai Sessions Court regarding the more serious offence of homicide. The court has relied upon the judgments in Alistair Pereira and Nikhil Nanda BMW case of Delhi when it came to deciding the verdict against Salman.

Salman has had to answer 419 questions presented to him during the course of his trial. If proven guilty by the Mumbai Sessions Court, he could face up to ten years in prison. ‘You were driving the car, without a license and you were under the influence of alcohol,’ said the sessions’ judge, DW Deshpande presiding at the court. The 49 year old actor denied charges and in his defense said that he was not drunk as he only had water at the bar and was not even driving the car. He further added that these are baseless accusations and that the police did not even have any finger prints acquired from the steering wheel to prove he was guilty of the murder. In March, his driver, Ashok Singh had told the court that he was behind the driver’s seat while Salman was in the passenger seat. The defense also added that Salman could not get out of the passenger side because the door had been shut in after the accident and therefore used the driver’s side to get out of the car. Soon after the court declared its verdict, one of his lawyers claimed that the actor was suffering from a serious heart condition. They said that the tire of his vehicle has burst and the actor had lost control of the vehicle because the road was under repair and there were stones scattered all over. 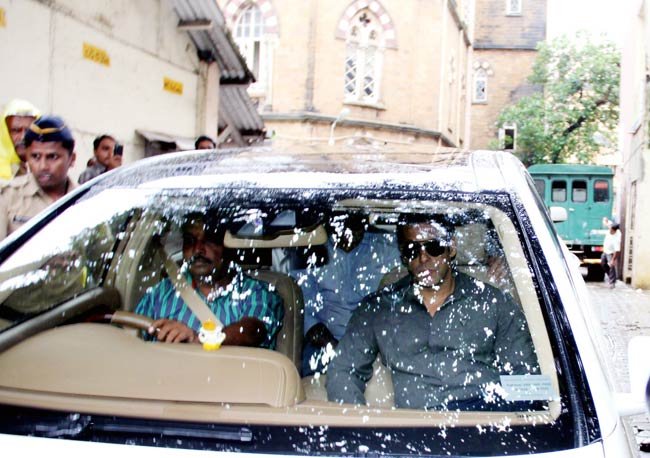 However, the possibility of him being sentenced to jail for the long term, possibly ten years is high since there were three key witnesses who said that they saw the actor coming out of the driver’s seat of the SUV on the night of September 28, 2002 right after the accident. According to the witnesses, one person was killed, later identified as Nurullah Mehboob Sharif, and four others were severely injured when Salman rammed his white Toyota Land Cruiser into a bakery shop in suburban Bandra. The injured were identified as Mannu Khan, Mohammed Kalim Iqbal Pathan and Muslim Shaikh and are three of those four witnesses present at the site of the accident. One of them said that he received a threat call too. Another was quoted as saying, ‘Salman was so drunk he fell. He stood but he fell again and then he … ran away.’ However, the defense said that the Salman could not get out of the passenger side because the door had been shut in after the accident and therefore used the driver’s side to get out of the car. 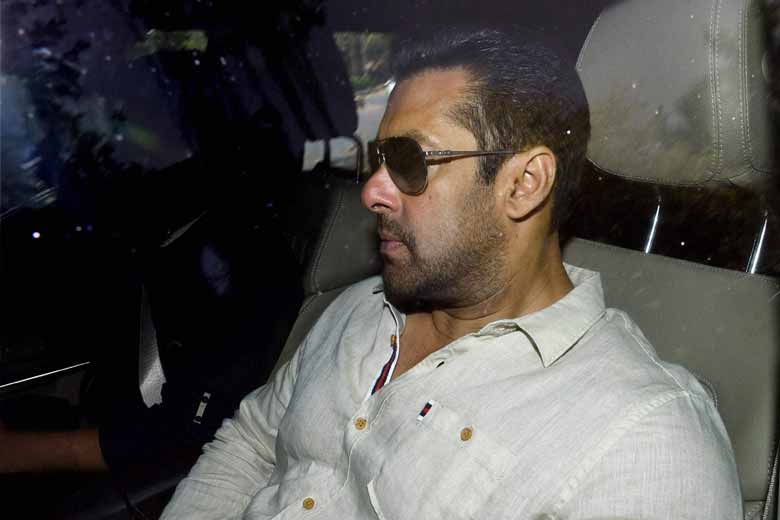 Over the course of these 13 years, the prosecution has produced 27 witnesses and the defense has produced just one; Ashok Singh. The public prosecutor, Pradeep Garat said that he had presented the case as best as he could and now hopes for the best.

If he is found guilty, Salman can appeal in a higher court. Please do not give a sentence of more than three years’, Salman’s lawyer Shrikant Shivade was quoted as saying to the judge.

Ahead of the court’s verdict, his sister Arpita and brothers, Arbaaz and Sohail Khan and the Congress leader, Baba Siddique met him. His father, Salim Khan, made a statement saying that he hopes all will go well. Sharukh Khan paid a visit to him and celebrities such as Hema Malini said that the actor had their full sympathies with him.

The filmmakers of Bollywood are worried about Salman Khan’s sentence as he has quite a lot of films in the pipeline. Some analysts of the Bollywood says Khan has projects worth 400 crore rupees ($40 million) depending on him.

After hearing the court’s decision, Salman who was dressed in a t-shirt and jeans broke down into tears. His lawyers said that he had already paid 19 lakhs as compensation to the victims and was ready to pay more if his sentence was lessened.

With Proper Care, Your Car’s Tyres Can Last For 10 Years