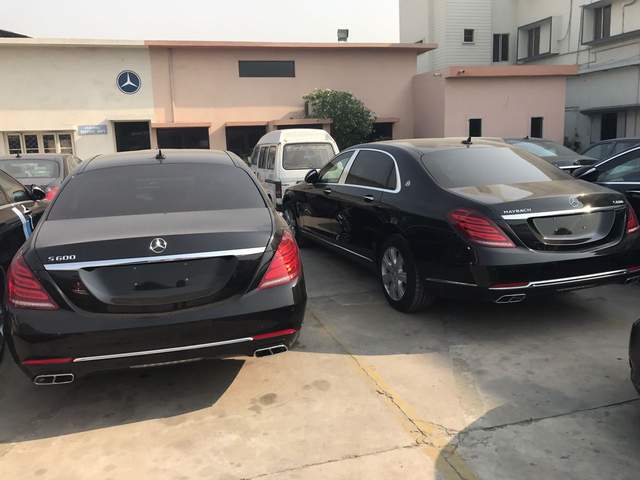 Bomb Proof Mercedes Maybachs on their way to PM House

The 19th SAARC summit is a diplomatic summit, which was originally scheduled to be held in Islamabad, Pakistan on 15-16 November, 2016. The summit was to be attended by eight SAARC members along with several other dignitaries. However, due to the growing tensions in the region, this conference has been postponed till a more suitable date.

In the latest development, the Government of Pakistan ordered several top of the line bomb-proof 2017 Mercedes Maybach S600 for the security purposes of these high level dignitaries. However, sources report that since the SAARC summit has been postponed, these cars are expected to be used for the transportation purposes of Prime Minister and several other high level federal ministers of Pakistan. Here it should be mentioned that a non-bullet proof 2017 Mercedes Maybach S600 costs $191,300 (PKR 20,038,675), add in the cost of making it bomb-proof, this cost raises significantly. Furthermore, sources also reveal that these cars are Non-Import duty. And if the import duty is considered, then each car would cost around PKR 120 Million worth of tax payers’ money.

7 Driving Habits that are Damaging Your Car