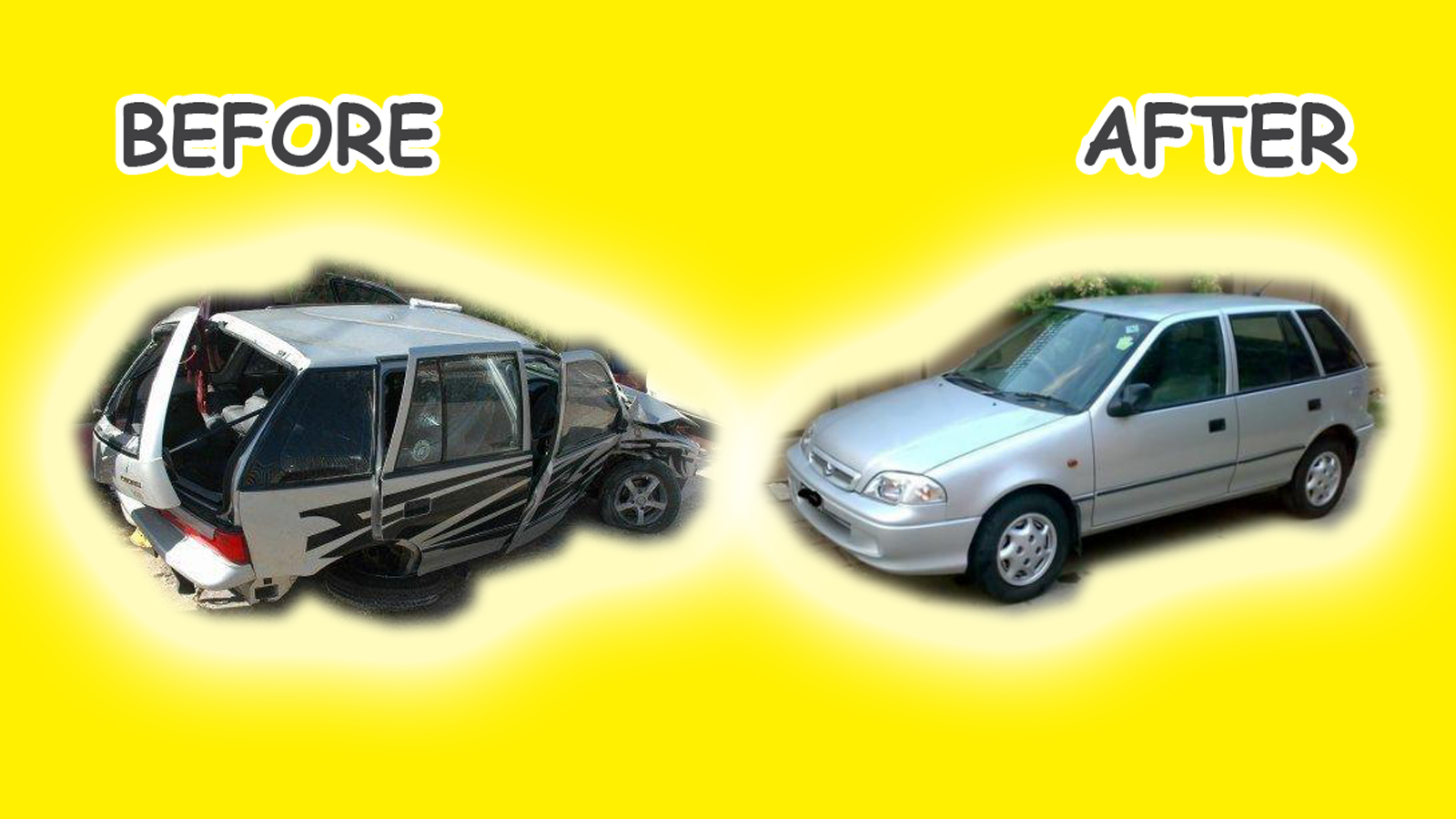 “Baber bhai aap gaari bech rahay hayn?”, (Baber bro, are you selling your car?) inquired a member of our sales teams. I inquired about the worth of my “total jeenion” condition 2004 Cultus, he said 4.50-5 lacs. I then further inquired, “Suppose I sell it, what will I get as a replacement?”, sales guy immediately retorted, “Many many cars are out there…”, I interrupted him in the middle to say,” …yeah but they all require me to add up more cash, and it’s not like just 1 lac or so, the closest used Toyota Vitz I would get would be for more than 7 lacs.”, sales guys, “Haan, yeh to hay…” (that is true).

Buy a Mehran, a mint condition Mehran would come in that money. But that’s downgrading, not upgrading and for upgrading, you need a lot of cash which frankly I don’t have and the nearest best example of a hatchback which is suited for a family of four is upwards of 7 lac rupees. Other than the fact that I already have a Mehran. A company maintained, petrol driven 2010 model in mint condition except for the fact that 2nd and first gear requires you to have near super human strength and the radiator only support water for max 100 kms.

Well, how about you go try to find a 2000-2001 Civic. How’s that instead of a Cultus? You get a boot, with an engine and four seats but best of all, you get a Civic VTi. But a good car is easily beyond 6 lacs. So no matter what I do, I’d have to downgrade or cramp myself in a Cuore or Suzuki Alto.

So this is the problem, what should such a person do in this situation. What would be the best choice if he can’t add up? Stay with it? Or start by saving on the current car and live with it.

The latest intelligence from the streets forwarded by the merry band of PakWheels ground agents say that the auto market has currently taken a dump, prices have come down a lot. My 2004 Cultus had one additional lac rupees in its value up until 6 months before but now, it’s gone. Poof!

So what’s good for the buyers, its bad news for the sellers but hey, in the past couple of years, the prices may have taken a dip, but they took it after taking an artificial rise. I never bought my Cultus for 5.50 lacs or more, I bought it for a humble 5.15-25 lacs. I paid 15-25K extra because it was a car in fantastic condition with an overly-attached owner so I paid more than the market.

Its not just me, a lot of people do that, when they finally find a really good car, they are willing to pay up a premium to have successfully avoided the countless rounds to your local mechanic to get those iffy noises and clunks quietened down or fixed when they buy a car for less than market price or at it.

Does that trend towards paying that extra money for a good car makes the prices rise up? People’s willingness to rack up extra dough for the stubborn seller who thinks he can and should add the money he has spent on the car including fuel, seat covers, etc etc from the new buyer back because he was just a shepherd, taking care of the buyer’s sheep.

This is a premium service often operated out of houses by college students or retired dad’s but it is a lucrative business when there are buyers in the market. You can easily make up 20-50K on a single salvage car which the “shepherd” bought out of insurance or bank auction and then fixed the pillars, got it bake painted and is now selling as total genuine. And why not, people shouldn’t make such a fuss about a good new paint and there’s just no way to tell if the car you’re looking at was repaired or not. You just can’t, you have to trust the shepherd.

These are small investors, usually deal in just a couple of cars in a month so what happens when they don’t get good buyers? Obviously, these folks can’t keep their money parked in one car for a long time so they reduce their demand and let go for whatever the best price they get.

But what if we introduce laws like they have over the sea in Dubai? If UAE can employ Pakistani players without even given them nationality for the Cricket World Cup 2015, may be we could also employ a couple of rules from there over here.

A rule such as the one where no mechanic would dare touch your car unless you have the accompanying Police report on the accident. Granted, there will be a lot corruption on this and our police taking bribes to publish the required report/documents, but still, could be worse. Such as buying a car which rolled over at the highway on speeds of 60 km/hs and is being sold in pristine condition.

The motive of this law would not only hold the owner of the said vehicle responsible, but the business who repaired it as well. This in turn could reflect on the prices of used cars market, and I personally believe that since people wouldn’t know, through police reports, about a vehicle’s history, meaning fewer completely clean cars remain and the bad ones singled out so you’d pay for the shepherd rightly deserves, not what he made it into by feeding false colors and steroids as such. I think I just solved the used car market of Pakistan.