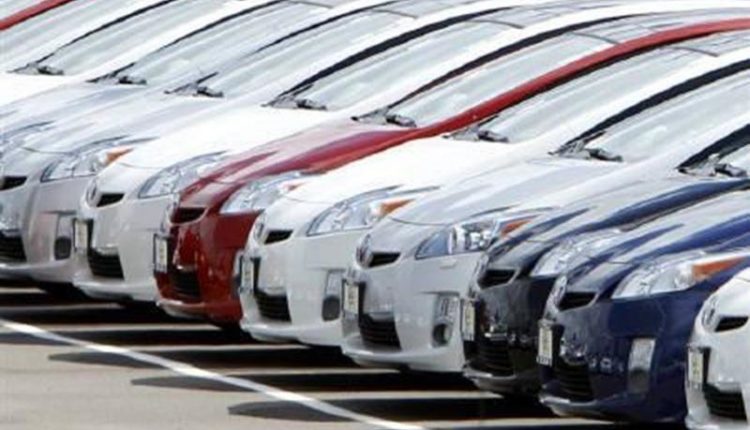 For the first time in the history of the auto industry of Pakistan, it has not produced or sold a single unit of passenger cars in an entire month.

The sales and production figures of cars, bikes, SUVs, and trucks for the month of April have been released by Pakistan Automotive Manufacturers Association (PAMA), and with just one look, you can say that the industry due to coronavirus and lockdown has gone down the hill.

It is imperative to mention here that Toyota Pakistan also introduced its all-new Yaris in Pakistan, however, due to lockdown in the country the car has not been shipped to any of the potential customers which definitely is hurting Toyota as it discontinued XLi and GLi its hot-selling cars in favor of Yaris.

The sales of 1300cc and above category cars declined by 60% in FY20 as opposed to the same time in the previous fiscal year. A total of 34,528 units were shipped in July-April FY 20 as compared to 86,827 units in the same time frame of the previous fiscal year. Sales of Toyota Corolla decreased by 56%, and that of Civic and City dropped by 65%. Suzuki Swift saw a decline of 62%.

In FY20, the combined sales of Wagon R and Cultus have been plunged by 64%. 16,677 units were sold in the period in question as opposed to 46,452 units last year in the same period.

Although the truck manufacturers didn’t produce any new vehicle, however, two companies did sell a few of their products in the market. 14 units of Hino were sold, and 22 units of Isuzu in April 2020.

Isuzu also sold 3 trucks units in April as well. Buses and truck sales were 3,304 units in the current fiscal year as compared to 5,900 units during the same period in the corresponding year.

No jeeps have been produced or sold in the period in question; however, 39 units of pick-ups have been sold in the market. 6 of them were Jac, 11 were D-max, and 22 of Hyundai Porter. Sales of Jeeps and pickups have been plunged by 51% and 52%, respectively, in FY20 compared to FY19.

Similar to cars, no single bike has been produced in April 2020. Moreover, no company has sold any bike units except Honda. The company has shipped 2,783 bikes in the period mentioned above as opposed to 105,013 bikes in April 2019. There is a decline of 97% in Honda bike sales on a year-on-year basis. The company sold 68,780 units in March 2020. Rickshaws and bike sales dropped by 21% in the first 10 months of FY20.

Why the auto industry nose-dived?

The sales figure in PAMA report showing 0 sales has some reasons one is that people are not buying cars in the current situation and the other is that the people who had booked the cars before the lockdown didn’t get their hands on their respective cars that is why PAMA stats might be showing 0 sales in April 2020. A sale is counted when the car is delivered to the customer. While talking to PakWheels.com, a local car dealer said that after the shut down of production plants of auto companies, their dealerships across the country also suspended their operations; that is why no sales were made in April. He said that situation will be somewhat the same in May but might change in the coming months and the sales might go up slowly and gradually.

Note here that aside from car and bike manufacturers, the auto parts industry has also faced the music due to COVID-19. Not only the local auto industry, but the auto industry around the globe is facing the same situation. Things will get better when the government in Pakistan and across the globe start to relax the restrictions on the auto sector.