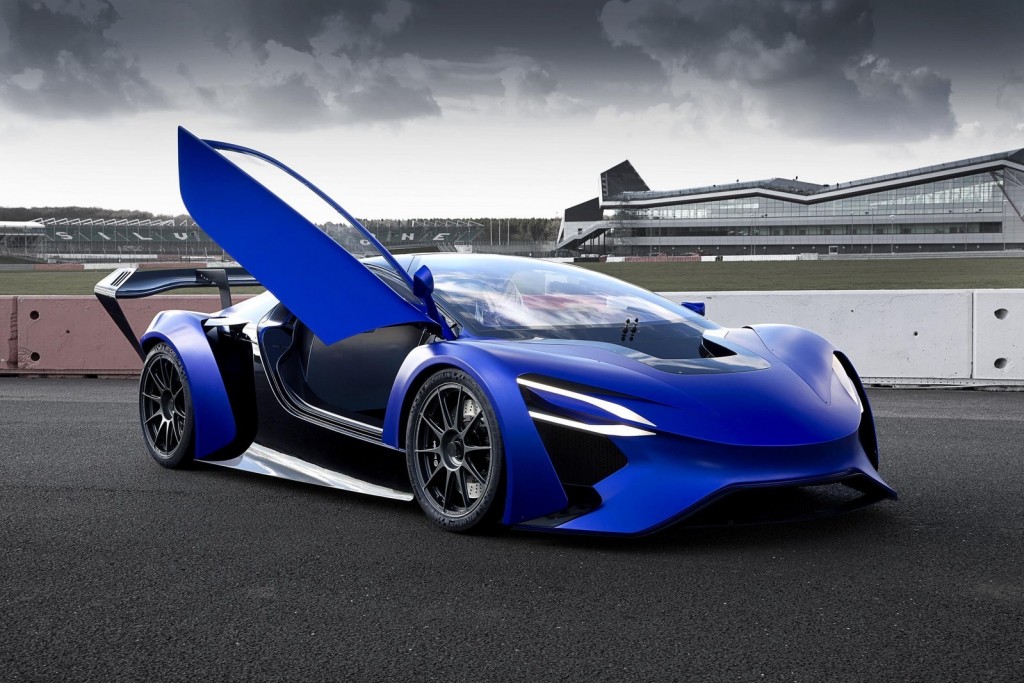 Beijing-based RandD firm, TechRules, has caused quite a stir at the 2016 Geneva Motor Show. And the buzz was not about its sleek, carbon-fiber-bodied supercars but what’s powering them – a range-extending micro-turbine system. The concept is dubbed as the TREV (Turbine Recharging Electric Vehicle) and uses a single microturbine to generate energy to charge the batteries that in turn powers the electric motors that drive the wheels.

The turbine is located ahead of the rear wheels giving this concept car a ‘mid-engine’ layout. The TREV turbine rotates at up to 96,000 rpm. This turns a generator which generates electricity to charge a 20 kWh lithium-ion battery pack. The claimed output of this concept is 1030 hp with a 0-100 km/h time of 2.5 seconds and the top speed of 350 km/h, according to their tests at Silverstone in February. Furthermore, when plugged in, it apparently achieves a fuel consumption of just 0.18 l/100 km (1,569 mpg or 2,525 km/g). 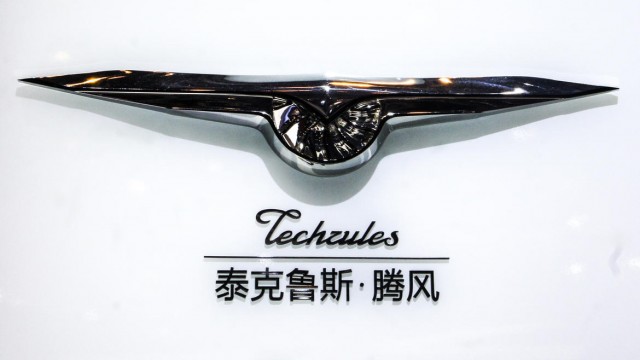 The TREV uses a microturbine to generate electricity that charges the onboard battery packs, which then power the motors. Air drawn into the microturbine is passed through a heat exchanger where heat from the exhaust air is transferred to the cold intake after it has been compressed. The compressed and heated fuel-air mixture is then ignited, and it generates energy which is channeled at very high speeds to turn the turbine. The hot exhaust gas is ejected and passes through the heat exchanger to ensure the heat is collected and carried onwards again to the cold intake air.

The two concepts that were shown at the show were, the AT96 (AT for Aviation Turbine) and GT96 (for Gaseous Turbine). AT96 is a track-focused car designed to take gasoline, diesel or aviation fuel whereas GT96 is a road car that runs on natural or biogas. Both are planned around a carbon-fiber monocoque and with double wishbone suspension front and rear. There is a T-shaped battery pack under the floor of the car, and the promise of four-wheel torque vectoring capability. TechRules is aiming to reduce the weight of the fully functioning TREV car to 1000 kg from its current 1380 kg.

The slogan of TechRules is ‘New Tech New Rules’. The company is based in Beijing, and its Chinese name is ‘Tengfeng’. The company is owned by ‘China Zhiyue Tengfeng Technology Investment Corporation’ also known as TXR-S. This company is involved in compressed-air technology for cars, specialty fibers, renewable energy, and aerospace technology. They have close ties with the state-owned space conglomerate CASIC, which is run by the Chinese army, and with ChemChina, a large state-owned chemical company. TechRules is thus well connected and likely very well-funded, and that makes the possibility of seeing the TREV GT96 on the road not completely unreal. Furthermore, a race version has been on the track already, for testing purpose at Silverstone in the United Kingdom.

The company states that TREV is sealed-for-life and requires almost zero maintenance, with the only service item being the air intake filter. Other technical innovations include the use of the magnetic air bearing technology instead of traditional oil lubricants, new thermally efficient heat exchanger design, and a smart battery management system for quick charging.

The founder and CEO of the company said,

‘The TREV system is a perfect combination of microturbine and electric vehicle technologies. It is highly efficient, produces very low emissions and provides an optimal charging solution for electric vehicles. We believe it may redefine how the next generation of electric vehicles is powered.’

The TREV is currently a concept car but TechRules is very seriously considering a limited production run, followed by two other model ranges, which will also be hybrids, but with less crazy tech and thus more affordable. Interestingly, TechRules wants to make the production version of the GT96 ‘abroad’, as opposed to ‘within China’. The Italian government has apparently offered TechRules some form of support.