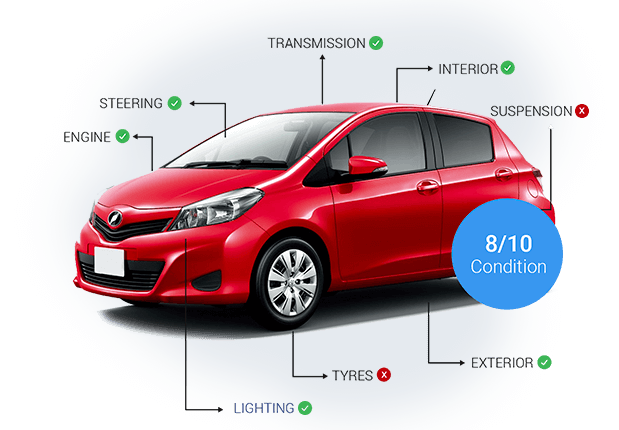 Here are Common Mistakes in Selling of Used Cars

Pakwheels is a common user based community emphasizing on helping each other out and diminishing the risk of being conned by showroom owners/mechanics/spare parts dealers.

Many of us already know about used car market, for example If you’re looking for a Mitsubishi Lancer 2005 and find it in a showroom, it will be classified as the ”most reliable car” and “drive pleasure is unmatchable”. Since it is ”total genuine”, hence priced at Rs1million. However, if you visit the same showroom to sell your Lancer 2005, you will be greeted with remarks such as ”out of market”, “expensive maintenance”, “re-painted hood,” and since it is such a pain, the dealer will offer to ”do you a favor” and buy it off for Rs0.7million, which is unreasonable, and so is the Rs1million tag.

The purpose of Pakwheels is to diminish the huge dealer’s margin. A seller would post an ad of his used car, price it reasonably, potential buyer would inspect it, and they would finalize a deal.

However, some issues have emerged recently on the forum. Sellers have started to overprice their vehicles, while buyers are making ridiculous offers resulting in frustrated sellers and disappointed buyers. This article is to address the common mistakes buyers and sellers make on Pakwheels.com and tips to find better deals.

In many cases, sellers post the make and model of the car and leave the rest to potential buyer’s imagination. The potential buyer opens the thread, sees nothing, and close down the ad. Presentation is a key aspect in the selling business. If it doesn’t appeal, it’s the end of the game. Therefore, the ad buries under the newer threads within the first half-hour of posting.

Although the decision of buying a car isn’t reached solely by photos, however, they do play a very vital role in reaching the final decision. We tend to believe what we see. I had personally come across situations when an acquaintance bought a Nissan Sunny instead of a Suzuki Khyber, which he planned to buy just because the photos of that Sunny were mouthwatering and he couldn’t resist visiting to see the car.

Yes, there’s an option of posting a comment, but a serious buyer who is looking for a similar car will just pick up his phone, plan a meet, and inspect the car. If there’s no number provided, he’ll move to the next car available. We’re an impatient nation; we can’t wait for an undetermined period for the poster to post a comment and keep logging on and refreshing that particular thread.

This is unarguably the most critical mistake sellers make: Hypothetically foreseeing that there is going to be bargaining involved, many sellers keep a margin of up to 15% in a vehicle’s demand. This critically lowers the chances of sale because many potential buyers don’t even read the details after seeing a car which is priced way above the market.

The claim: The car is a totally genuine, immaculate condition, 45,000 kilometers driven, single owner, Islamabad, etc.
The fact: Genuine as far as the papers are concerned, immaculate only when parked, meter reversed, single owner because it has been on the open letter for a while, while present in Islamabad, but registered in Quetta.
The result: Wastage of time of both buyer and seller. Potential buyers are disappointed and negative comments on the ad, making it controversial and creating doubts in the minds of potential buyers.

One of the key factors in selling a car is decision that you want to sell it. If you’re still contemplating on whether to sell it or not, you should wait until you’re clear in the head. Thoughts like ‘If I get 875,000, I’ll sell it, and otherwise I’ll keep it’ will not favor your cause. In fact, it harms it by keeping your car on display for long. A general phenomenon is – you get the best offers within the first week. If your car has been there for over a couple of months, it makes the potential buyers think about the reason for it not been sold for so long.

As soon as you post an advertisement, you become a seller. Politeness is the first principle in selling ethics. If you adopt a rude tone, thrash, and threaten any members, you may as well say goodbye to any chances you have at selling your vehicle. No one likes to deal with a badmouthed arrogant person.

If you are a seller,and you want to sell a used car, just post a FREE ad on PakWheels.com

Online Selling is a Tricky Business:

Here are 10 Tips, you should follow while selling a car.

1- Decide if you really want to sell your car or not.

2- Know the market value of your car. Visit a few showrooms to get your car priced. Generally, dealers will quote you about 8-10% lesser than they will ask for a similar vehicle.

3- Price your car correctly. Leave a margin for bargaining. 2.5-3% margin is reasonable enough to keep your price in competition without making you look stubborn and inflexible.

5- Post quality photos. Presentation is one of the key factors in selling business. Photos of a dirty vehicle covered in dust and parked near a peg of garbage are not the way to go. Take photos in daylight to enhance the shine. Take several photos from different angles, and also include the photos of the engine bay and interior.

6- Be honest. State the work needed to be done on the vehicle. Although it seems incorrect at first, honesty always pays. For a start, it will filter the buyers who actually are looking for such a vehicle from the ones with inflated expectations.

7- Be polite. There are always low-ballers looking for a steal of a deal who post ridiculous comments to bring your price down. The best way is to politely turn them down by stating, ‘Thank you for your offer.’ Arguing uselessly will derail your thread from buying/selling to useless rants.

8- Keep your phone on. A potential buyer will call once, for example, people looking for a Honda Civic 2000 will make a list of all the 2000 Civics they’re interested in, and start calling. If a call goes unattended, they will dial the next number on the list.

9- Filter the potential buyers from time-wasters: A lot can be understood when you talk to someone on the phone. Do not give wrong impressions. Be clear about the final price you will let it go for in order to filter the buyers who plan to negotiate enormously.

10- Document every transaction. Get everything in written. State the token money paid, the amount remaining, and the date of remaining payment.

To find used car of your choice and budget, Keep visiting PakWheels.com,so you can best deal in the market.

Recommended For You: 10 Best Used Cars Under 5 Lacs In Pakistan