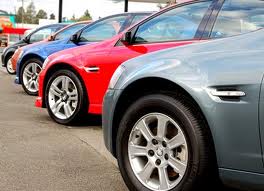 Duty on imported car may be slashed in the upcoming budget

According to sources, which told various news outlets that propositions have been made to on the duty of 2000 and above cc car would be reduced from the current levy of 100 percent plus 50 percent Regulatory Duty to just 80 percent import duty.

However, cars under 1000cc would remain with the current duty structure and no change will be brought for them.

How Toyota Vitz run generators and cable cars are in Swat