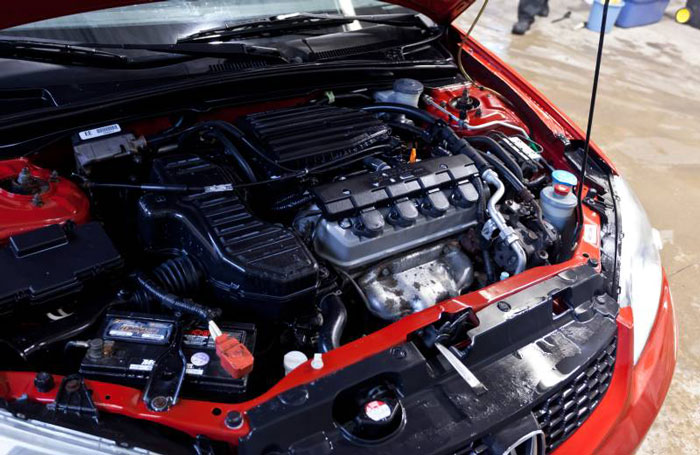 Engine knocking sounds can be really annoying at times. Adding to the cabin noise, the knocking sound can actually discomfort your entire road journey. It does not necessarily mean that you need to overhaul your engine. Knocking can also be a result of bad engine mount or low-quality fuel. But in performance engines, knocking is a clear symptom that it’s the time to get your engine swapped or overhauled. However, if not addressed timely, knocking can damage different engine parts adding up the cost of repair and maintenance.

2. Excessive Smoke
Smoke pipes being at the tail of the car generally remain neglected when it comes to repair and maintenance or vehicle inspection. The tailpipe emissions are very meaningful at times. Excessive smoke, blue or black toxic smoke are the most common symptoms of a malfunctioned engine. Tailpipe smoke can be common in cold startup but if the smoke doesn’t go away even after your engine has turned to normal temperature, there is definitely a problem with your core engine.

3. Burning Too much Oil

The burning of engine oil is a key symptom of a malfunctioned engine. Some engines do burn oil, but if you feel like your engine oil is getting drained too quickly, you surely need to get your engine inspected and overhauled. Most importantly, if you see the engine oil check light illuminated on your dashboard: your car might be burning excessive engine oil. But before you go to the mechanic for oil burning problem, make sure you are using the right engine lubricant suited for your climate conditions.

5. Consuming too Much Fuel

If you have ever had one or more of these symptoms with your car’s engine it is better to get your car thoroughly inspected before you think of going for an engine rebuild. Overlooking these symptoms will cost you a lot more in the long run.