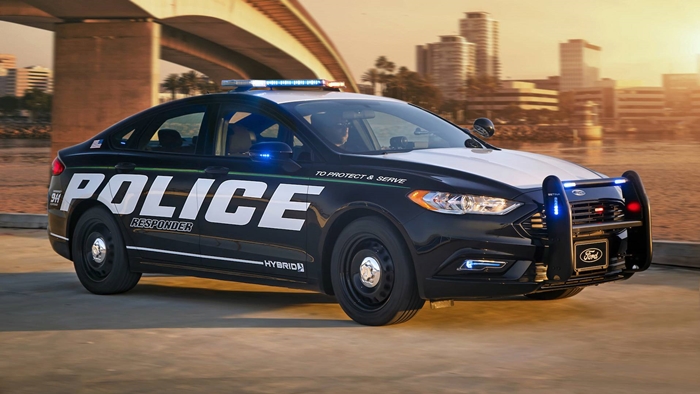 The word “autonomous” have become so common in our lives that we cannot spend a whole day without listening to it at least once. This time around Ford is under the spotlight as it has just patented for autonomous police cars. Yes, you head it right Ford will be making fully automated police cars.

Since we are approaching the driver-less car world at a fast rate that means traffic wardens will no longer be a thing of the future. Although most cars on the road today are level 3 autonomous while Level 4 and Level 5 being a very rare breed. Once level 4 and level 5 becomes a norm, traffic violations will reduce significantly but won’t go away completely since human drivers can take over the car at any given instance. That is why Ford thinks there is a place in future for self-driving police cars. These AI based cars will be able to find good hiding spots to catch traffic violators and identify drivers by scanning license plates, tapping into surveillance cameras and wirelessly accessing government records, issue tickets without even pulling off the driver or even go in pursuit when required. These cars will have a “Deep Neural System” which can even take control of your car meaning that it will over-ride the driver inputs and control the suspect’s car on its own. All this seems out of a science fiction movie, but Ford wants to make it possible in the near future.

According to the patent’s abstract, an autonomous police vehicle “may involve a processor associated with an autonomous vehicle obtaining an indication of violation of one or more traffic laws by a first vehicle.”

The processor could potentially include sensors, navigation and mapping technology, a traffic laws database, recording equipment, and devices for communication – potentially used to warn drivers to stop, for example, or to communicate with remote operators. Although these cars will be very intelligent, there will be an actual police driver present in the car at all time to take control of the vehicle when required and stop at the gas station or charge station in case of an electric vehicle.

Although this sounds very cool and promising, Ford noted in a statement that even if the patent is approved, it does not ensure that a product will be produced.

“We submit patents on innovative ideas as a normal course of business,” the statement said. “Patent applications are intended to protect new ideas but aren’t necessarily an indication of new business or product plans.”

With that said we still hope to see Ford bring this idea to reality one day which in return will make the traffic system very safe in every way possible.

Get your car’s radiator cleaned when you see this!

Register your car in Islamabad yourself – Step by step guide!