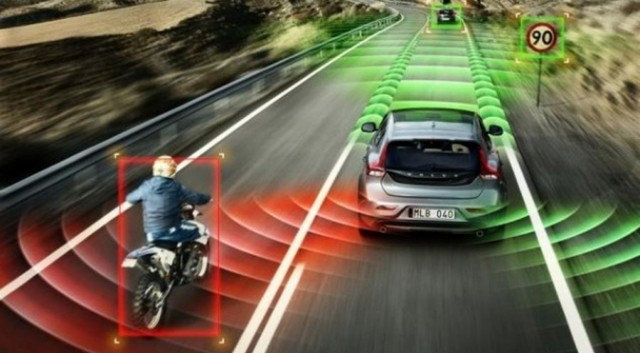 Automated self-driving cars are the next big thing. Manufacturers are putting a lot of efforts and money in the technology. Sure the system has evolved and gotten better over time to a point where you can pretty much let the car drive itself. However, not all automated cars are the same and to recognize the sophistication of a car, SAE International standard J3016 defines six different levels. Let’s see what a car needs to fall in each category.

As the name suggests, cars falling in this category have no self-driving capability at all. They need human presence at all times to steer, brake, accelerate and avoid obstacles.

Under some circumstances, a car can either steer, brake or accelerate just to aid the driver and reduce the overall driver effort. But these things don’t work simultaneously and require the driver to be alert at any given moment.

In partial automation, a car can steer, brake and accelerate under some circumstances. These driver aids can work simultaneously, while leaving the driver to tackle maneuvers, stop for traffic signals, change lanes and avoid obstacles. This system may require the driver to keep hands on the steering wheel. This system can also stop the car completely in case it detects zero driver input.

Under an ideal condition, a level 3 car can manage most of the driving completely by itself. These cars consist of systems and sensors monitoring the environment at all times. However, it might need the driver to take control at any given moment if condition falls less than ideal.

A level 4 car can operate with zero driver input and manages everything on its own. It can change lanes, avoid obstacles, detect pedestrians, detect road signs to adjust speed. Such car can also reach destination and reach back with the help of the road and geographical data fed into it. It can remember locations and the road conditions. It then sends the data to the online cloud server so that any other car passing from the same road already know what to expect. However, these cars are limited by the geographical information and data present in the cloud server.

A level 5 car is called a truly driverless car which can operate on any road in any given condition. It doesn’t need any kind of driver input to operate and can pretty much drive itself around without having the need of anyone even being present inside the car. It’s also said to be safer than being driven by a human as it theoretically eliminates the chance of any error.

Squirrel fills a Volkswagen Golf with hundreds of acorns

Automakers to invest over $800 million in local automobile industry