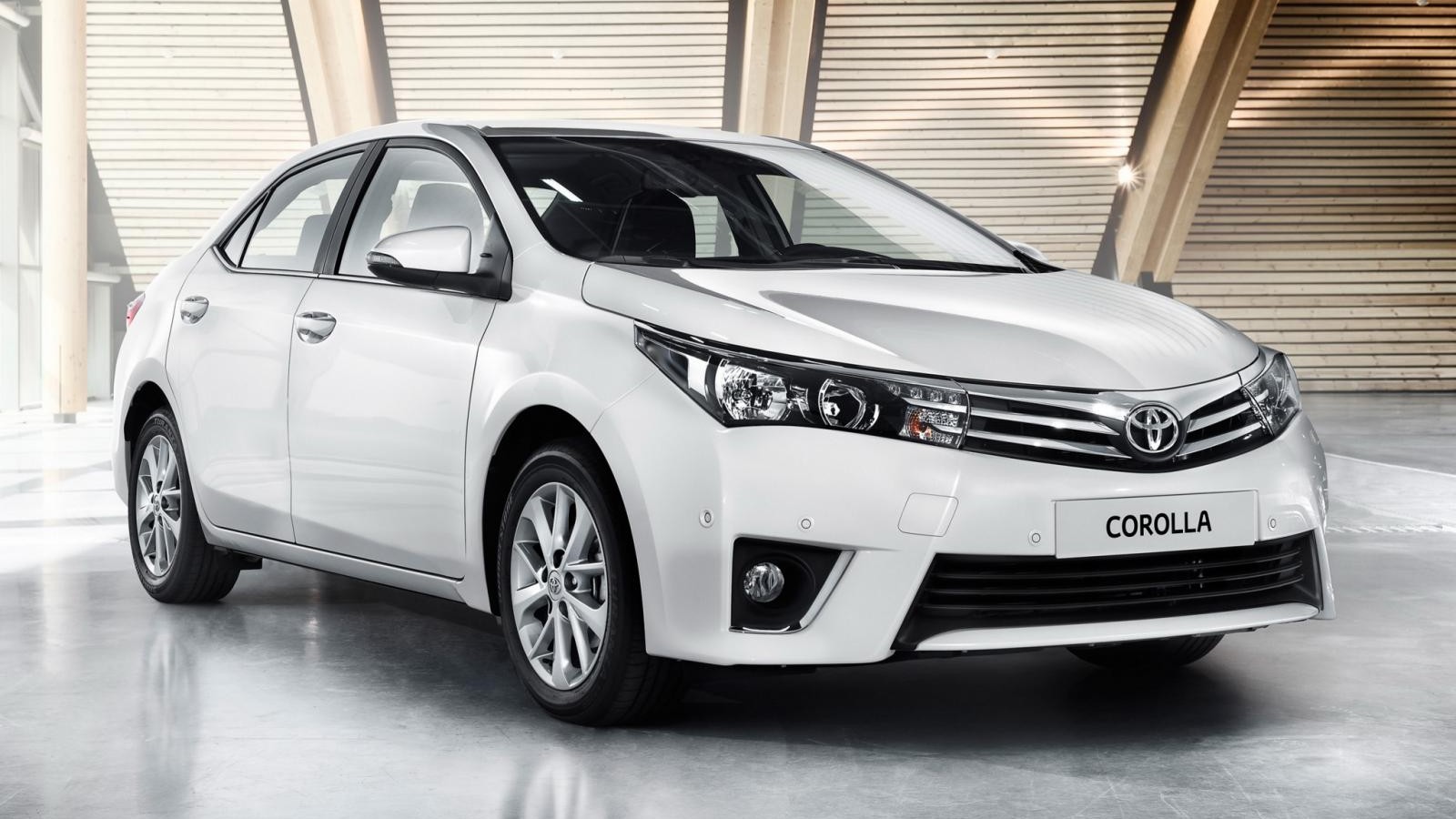 The Fragmented Lineup Of Toyota Corolla In Pakistan – Explained!

Toyota-Indus has long been known to offer fragmented variant options for its Corolla. The level of fragmentation has increased with every iteration which is understandable since Toyota has one car to put up against two cars of its main rival, Atlas Honda’s City, and Civic in the price bracket of PKR 1.6 to 2.4 million. Today, Toyota offers three different engines, four different transmissions and five different variants for Corolla inside this price bracket. Hence choosing the one which suits you the most and offers the best value for money may not be as easy as it looks.

Prices of the cars compared at the time of writing:

Let’s start off by comparing the variants of our ‘Basic’ category. XLi and GLi, one of the legacies and highest selling variants of Corolla, positioned to compete with Honda City. Since XLi is just a trimmed down version of GLi, I would just focus on the features exclusive to GLi:

Surprise variant of Toyota Corolla is the 1.6 Altis, which frankly looks like a confused model placed right in the middle of the five variants of Corolla. It was tough for me to decide on classifying it in my ‘Basic’ category of my comparison or to give it a spot in the ‘Premium’ category. The following two paragraphs would justify my decision of comparing it in the ‘Basic’ category because it shares more with the GLi than with 1.8 Altis.

On the outside, it borrows the front grille of XLi and GLi which makes its exterior look familiar to them while also getting the alloy wheels of the 1.8 Altis and Altis Grande. For me, and probably for others as well, the Altis 1.6 is actually the 1.6-liter variant of GLi. Altis 1.6 currently comes in one transmission, i.e., 4-Speed ECT Automatic, which is similar to the transmission of GLi Automatic, it’s ironic since it didn’t get the 7 Speed CVT transmission of 1.8 Altis in spite of being branded as an Altis.

On the inside, it’s again confused. The 1.6 Altis comes with a 7-inch entertainment system which is not the one that comes with the 1.8 Altis nor is it the one that is featured in GLi. Moreover, its seats and door panels are made with Hi-Grade fabric similar to the one found on 1.8 Altis. So 1.6 Altis defines itself as a GLi, which comes with a bigger engine, slightly better seats, better in-car entertainment and alloy rim.

Now let’s compare the variants of our ‘Premium’ category which are placed to compete Honda Civic. First up the exclusive features of the automatic CVT-i transmission variants of Altis and Altis Grande:

To sum up, at a first glance the lineup kind of looks confusing, but they did succeed in catering to the needs of various types of consumers with different budget. And at the same time, tackle two different cars by its main rival as well. 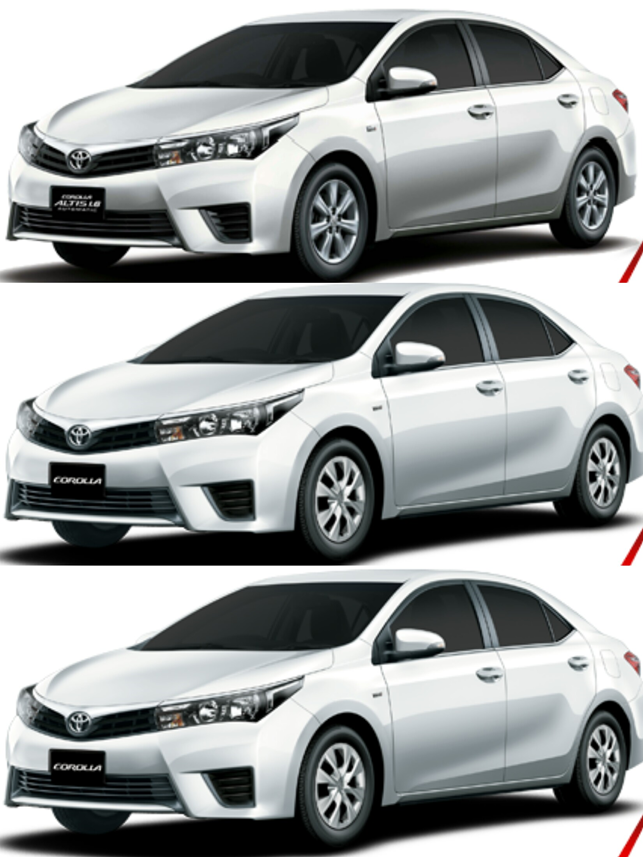 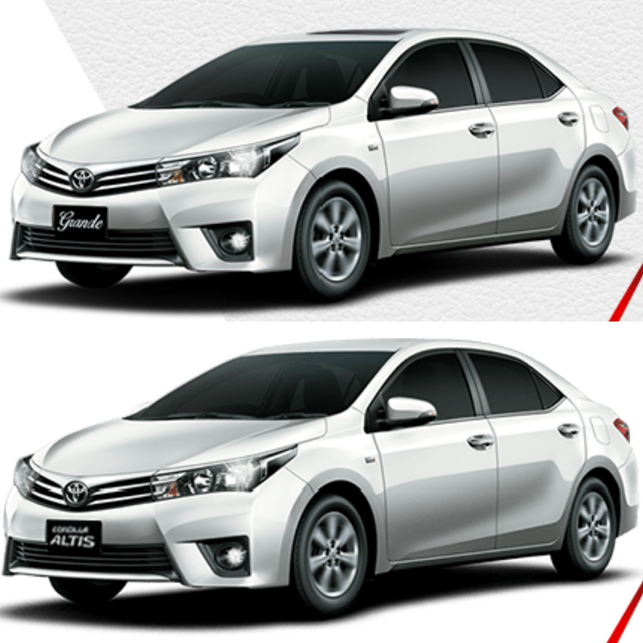