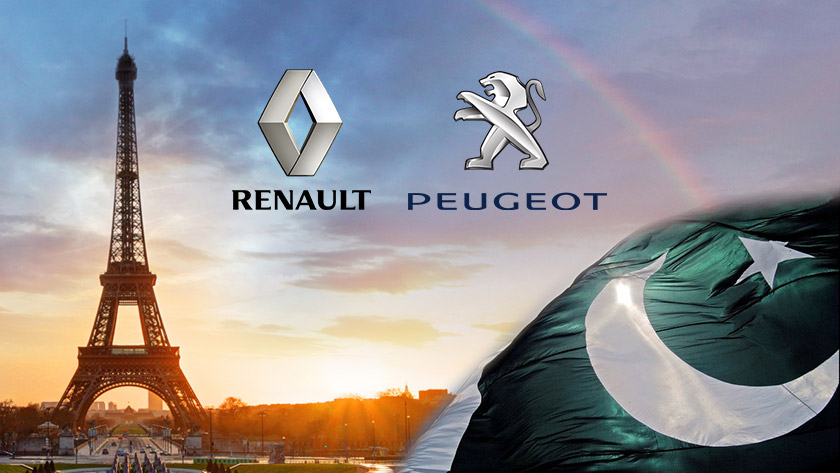 French Automakers, Renault and Peugeot, Interested to Invest in Pakistan

Ishaq Dar, the Finance Minister of Pakistan was on a visit to France during the past few days. This visit lasted four days, during which he met the representatives of Renault and Peugeot; the two of the largest auto-manufacturers of France. These meetings were held in Paris, where the Federal Finance Minister of Pakistan gave a briefing on the country’s new Auto-policy for the next five years. This briefing featured information on the new auto-policy.

Also Read: Cars That European Automakers Should Bring To End The Reign Of Suzuki Mehran

The Federal Minister for Finance talked about the improving economic conditions of the country in the past three years. He also talked about the rising automobile sales in the country, which are credited to the improving economical and socio-political conditions of the country. Furthermore, the Finance Minister also invited both Renault and Peugeot to establish their auto-manufacturing factories in Pakistan. In response to the country’s improving economic conditions, Renault and Peugeot have lauded the efforts by Pakistanis on achieving these milestones and have expressed their interest in the prospect of investing in the country. It is also worth mentioning that the Ambassadors of both France and Pakistan, along with the Chairman of Investment Board Mr. Muftah Ismail were present with the Federal Minister of Finance at this tour.

Read More: 5 Things In The New Pakistani Auto Policy That Can Change The Shape Of Our Auto Sector

Toyota Land Cruiser through the Years