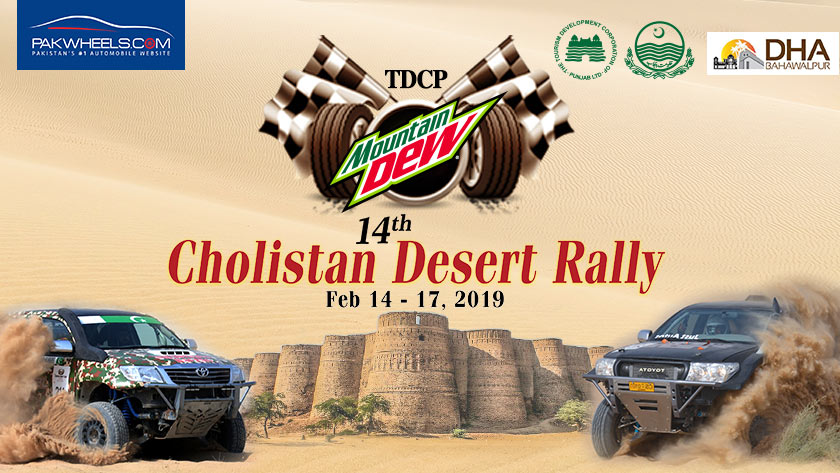 In collaboration with Mountain Dew, Tourism Development Corporation of Punjab (TDCP) is all set to bring an adrenaline-pumping 14th Cholistan rally 2019 from 14th Feb to 17th Feb 2019. It is Pakistan’s biggest jeep rally which attracts thousands of visitors including families from all over the country.

This rally covers three districts of Punjab, including Rahim Yar Khan, Bahawalnagar, and Bahawalpur. What makes this rally significant is that veteran racers participate in it. Over 100 jeeps, including jeeps of race veterans Mir Nadir Ali Khan Magsi and Sahibzada Sultan Muhammad Ali and others, have already been registered for the upcoming rally. This rally’s 1st round lasts for 220 km, while its 2nd round is of 245 km.

While speaking with PakWheels.com, Fayyaz Ahmad, Manager Events of TDCP particularly highlighted the fact that in addition to being a jeep rally, this is a premier event for south Punjab’s indigenous culture promotion. He further said that alongside the rally, a livestock show will also be held where certain species of camels, cows, and goats, which are found only in Cholistan will be exhibited. He particularly mentioned that Nachi goat, which is only found in Cholistan, is a must-see. According to Mr Ahmad, TDCP is constructing a state of the art resort in Cholistan, which will soon be opened to local and international tourists.

See the whole schedule below: 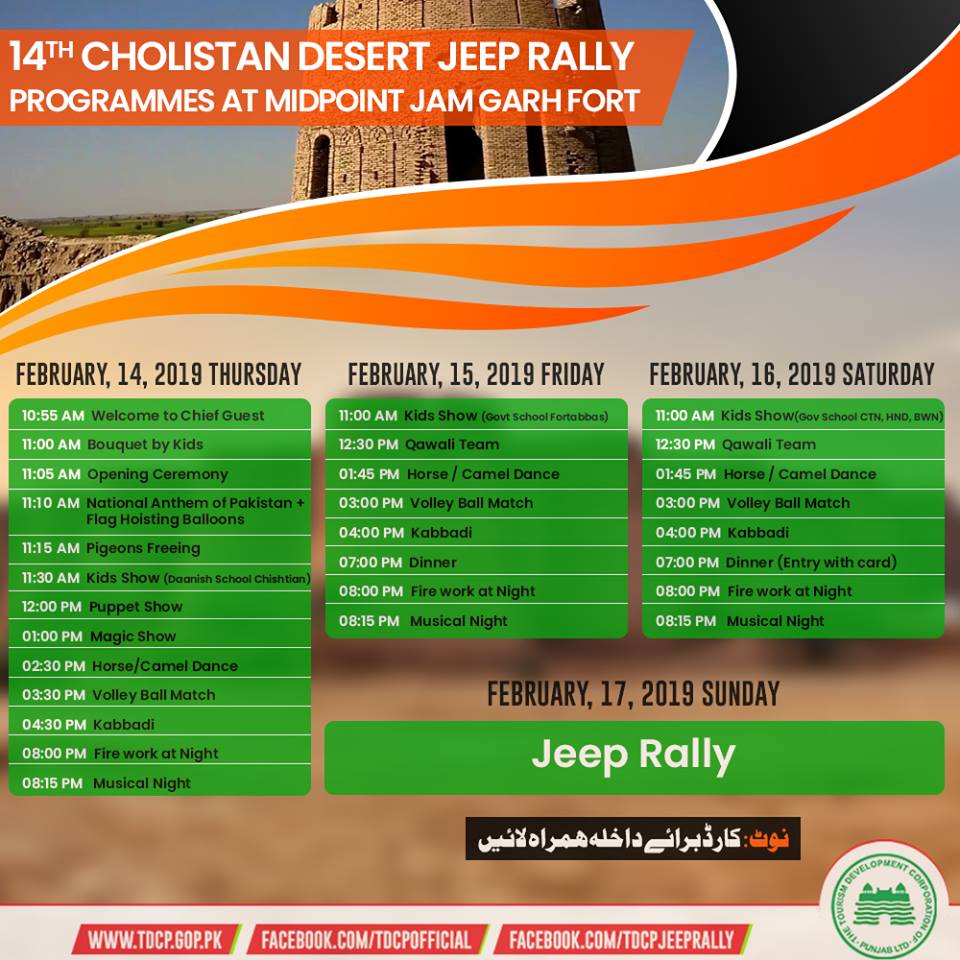 Events like these project a positive and softer image of Pakistan abroad and bring to light the true beauty of south Punjab’s landscape to Pakistanis. While promoting tourism, these events also enhance the livelihood of the locals.

Cholistan Jeep Rally started back in 2005 and has since grown in leaps and bounds. The upcoming rally will mark this event’s 14th anniversary, which highlights its ever-increasing popularity.

The 14th Cholistan Jeep Rally will be unlike any other event of its type as prize money worth Rs.5 million will be distributed among the winners. In addition, attendees will be entertained with fireworks.

PakWheels.com is the exclusive digital media partner of this event. Stay tuned to PakWheels.com to know all the updates regarding the 14th Cholistan Jeep Rally.