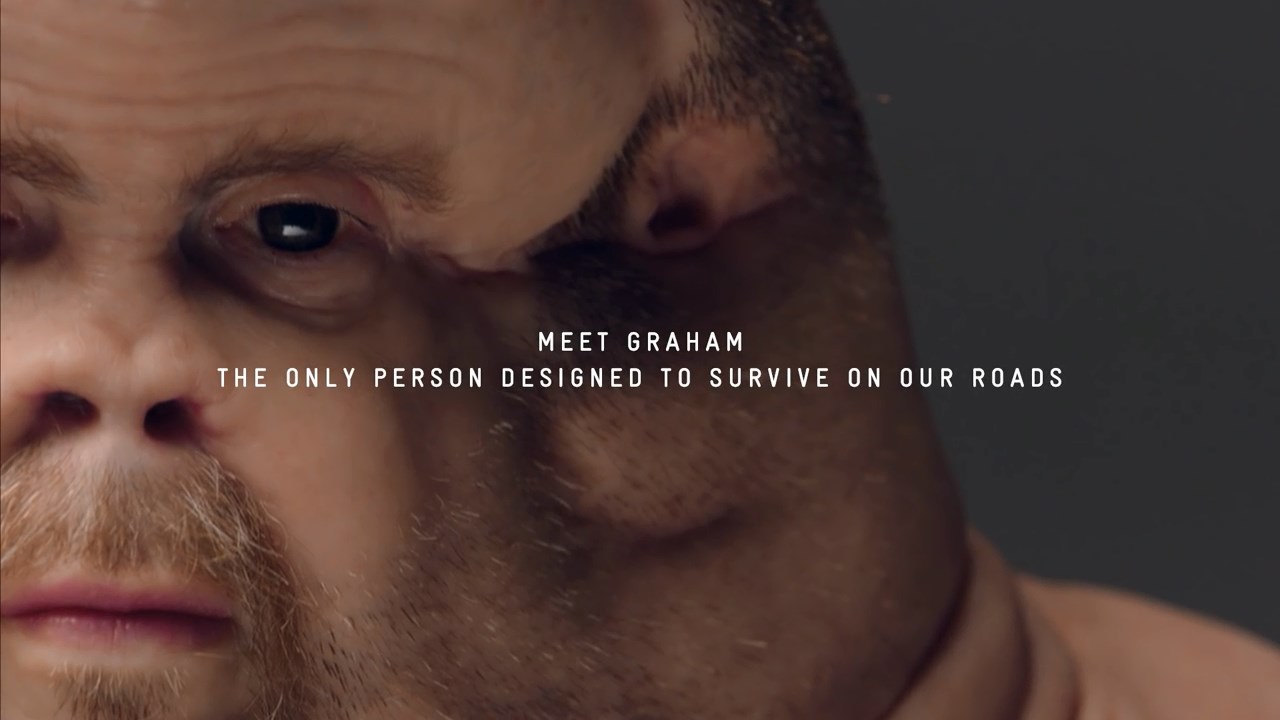 No one likes to have an accident. It hurts…bad. And that’s fact. We humans are not designed by the nature to walk out of accidents. The human body is kind of fragile. We get hit, and it hurts bad. But what if one day we evolve into a form that is actually fine when faced with an accident.

Meet Graham. Graham is different. He is kinda hideous if I am honest. Don’t worry; I am not hurting his feelings because he doesn’t exist. Graham is a creation of an artist. But this made-up Graham has something very cool up his non-existent sleeves. Graham would look like something if the humans had kept evolving with the cars throughout the last century.

Also Watch: The 3 Second Rule – Tailgating Can Be Fatal

Patricia Piccinini is the artist behind the imagination of human evolution. She collaborated with Christian Kenfield, leading trauma surgeon in Australia, and Dr. David Logan, who is a road safety engineer. Together these three have made a shape of the human body that can take car accidents like a champ. Dr. Logan remarked,

“The truth is, cars have evolved a lot faster than we have. Our bodies are just not equipped to deal with the forces in a common crash scenario.”

You ask what Graham has that us mere mortal don’t? Well, how about a fortified skull? He has ligaments in and around his head that can take a head-on collision. It’s like there is a massive bone helmet under the skin. Besides, his face has thicker bones and have extra tissue cushion. There is no neck, because who needs a neck! The ribcage has also been beefed up to brush off blunt force trauma. And to top it all, he has built-in airbags in his chest.

The point of the exercise was to show the motorists how fragile human body is. And we will have to be in order to take all the accidents and crashes if we want to survive. And unless we evolve into Graham, let’s be sensible and drive carefully.

3 Local Hatchbacks You Should Check Before Buying An Imported One