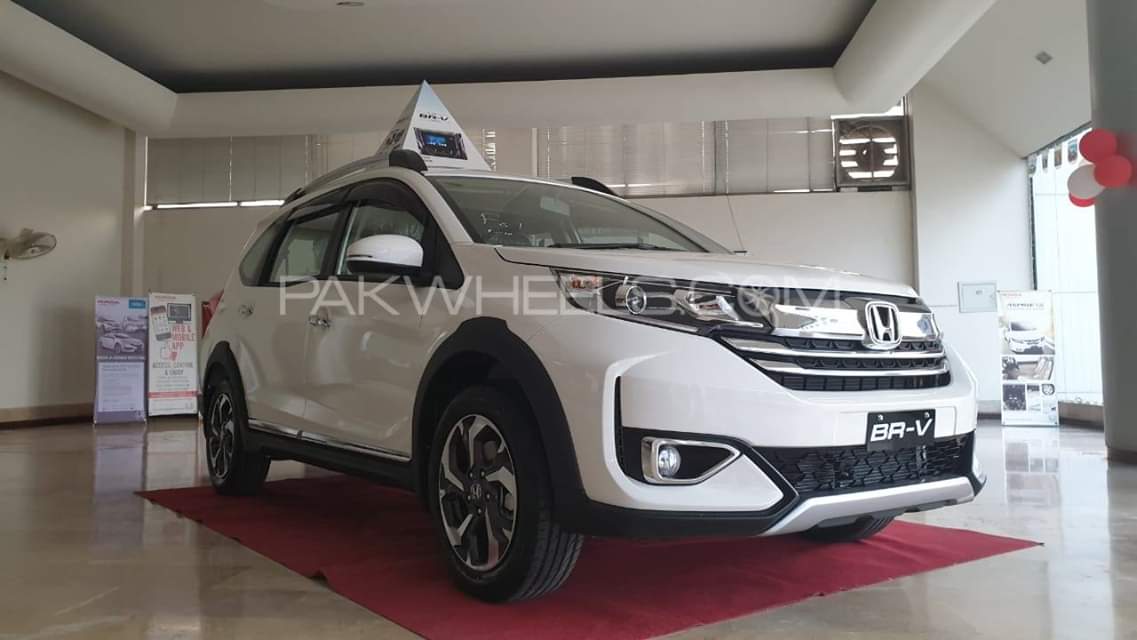 Honda Atlas has launched the BR-V FaceLift at an event held at Royal Palm Golf and Country Club, Lahore. Let’s talk about everything new about the vehicle and ways this facelift is better than the outgoing pre-facelift.

Honda BR-V comes as an MMC (Minor Model Change), which includes a revised front Chrome grill along with a new foglight design, which is more squarish in shape now. Atlas has also added projector headlights to this car, which were halogen previously. Honda has also added sun visors as standard in this vehicle; this helps in rainy as well as sunny seasons. At the rear of this BR-V, the company has added a newly designed reflector inside the bumpers, which in return gives a wider appearance. Also not to forget the very beautiful shark din antenna as well. About which there was a huge demand as told us by the dealership.

The most noticeable change inside the interior is the addition of push start in this car. So this automatically adds a keyless entry. One of the biggest issues faced by the customers in this car was the absence of center armrest, which has been addressed in this version. Just like the limited edition of BR-V, the step garnish has now been made standard across the BR-V models giving it an elevated look. This garnish can be seen both at the front and rear of this compact SUV.

Take a look at the video review of the vehicle below:

Previous, the boot lid of this vehicle opened by pressing a button. Surprisingly, this time around, Honda added a touch-sensitive button, simply put, just tap the boot, and it unlocks.  Aside from that, everything regarding boot space and 3rd-row passenger seats remains the same.

While we mentioned the armrest, it’s also necessary to mention that it also contains the option for USB charging for your devices. Other changes include the new and improved color scheme of interior and minor tweaks in terms of air conditioning of this car. Previously in Honda BR-V, it would take around 20 seconds for the air conditioning to blow cool air. The facelift model only takes 10 to 11 seconds, as stated by the dealer. In terms of safety, Honda finally decided to equip the Honda BR-V with dual front airbags. Unlike the older version, which only had one at the driver side. Another worthy mention is the inclusion of guide lights in the gearbox lever as well as a driver-side door, which makes it easier for the driver to find what he’s looking for under a dark environment. This was another major complaint about the outgoing model, as well.

In the pre-facelift model, the second rows didn’t have a headrest, but with this one has. On the topic of comfort, this new version also has improved cushioning in the rear seats, which makes the long journey more pleasant. People complained a lot about the rear seats of pre-facelift BR-V not being comfy enough.

Honda Atlas has raised the price of the facelift version of BR-V, and it now comes at the following prices:

The vehicle can be booked for PKR 1 million with a delivery time of one month, according to the company. Moreover, all the authorized dealerships of Honda will remain open on Sunday to facilitate customers.

Yamaha Pakistan increases the prices of its bikes for November 2019