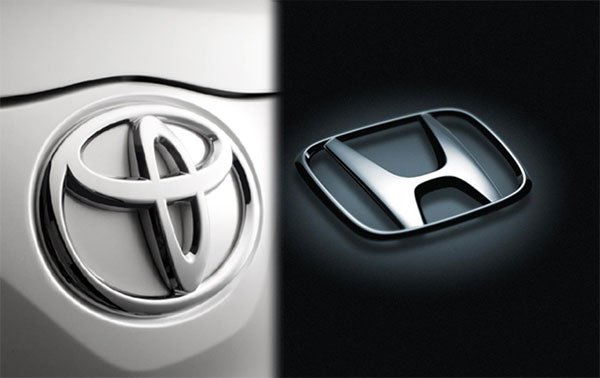 Both Honda Atlas and Indus Motors have recently introduced facelifted versions of their City and Corolla sedans in Pakistan, so the question is which one should you go for? To answer that question today we’re going to compare the newly facelifted Honda City 1.5 liter Aspire against the Toyota Corolla GLi facelift.

Design wise the New Honda City hasn’t changed much at all over the near 8 years of its presence in the market. Honda has already released three facelifts on the current generation Honda City with the most recent facelift introducing minor cosmetic changes including a new shark fin antenna, chrome door handles and other fairly minor changes. While the exterior isn’t anything to write about. It has stood the test of time and still manages to look fairly modern today even after all this time. The front end houses a medium sized front grille with a large chrome accent, narrowly tapered headlights and a large front bumper with integrated fog lights. The relatively high rear end houses large rear taillights and a large rear bumper. Honda also offers an optional body kit that adds a trunk spoiler, rear under spoiler, front under spoiler and side under spoilers.

The New Toyota Corolla GLi facelift features an updated design on 11th generation introducing new sportier design elements all around the car. The front end houses new sharp headlights that are incorporated into the design of the new smaller chrome grille, the front bumper is now also larger and features a large air intake and design elements on it that you would normally see on higher end sports sedans. The rear end hasn’t changed much in comparison to the pre facelifted model besides featuring a pair of revised taillights that incorporate LED lights.

The Honda City in this price range comes equipped with a 1.5-Liter Inline-4 engine that produces 120bhp and 145Nm of torque. This comes mated as standard to a 5-speed manual gearbox or an optional automatic transmission. Safety wise the Honda City doesn’t fair too well as it doesn’t even feature a drivers airbag. Though Honda does claim that the City comes with G-Con (Honda’s passive safety system) and crumple zones which should help withstand the impact of most crashes while keeping the occupants safe.

The interior of the facelifted Honda City features an updated design language with new fake wooden accents all around the interior and an updated center console with new switches and controls. The front and rear seats come upholstered in a new beige color as standard. Standard features include a new touch screen infotainment system with navigation on the Aspire variant, an ECO speedometer with a trip computer, power mirrors, air conditioning, power windows and a 4 speaker audio system. Honda City features a good amount of interior space in both the front and rear and a very large rear trunk.

The interior of the facelifted Toyota Corolla features a fairly similar design language to the pre-facelift variant. Most of the interior comprises of black and beige interior plastic trim pieces. The front and rear seats are upholstered in the beige fabric as standard. Standard features on the GLi variant includes power windows, trip computer, 4-speaker audio system, power mirrors, air conditioning and a rear armrest. The GLi Corolla also features a decent amount of interior space in both the front and rear with a decent sized rear trunk.

Price wise the Honda City 1.5 Aspire with the manual transmission starts at PKR 1,729,000 while the Toyota Corolla GLi with the manual transmission starts at PKR 1,889,000. With the Honda City 1.5 Aspire you seem to be getting better value for money with a more powerful sedan that has features such as satellite navigation, but that would be your personal pick. However, if you want a safer vehicle that could potentially hold its values better over the next few months, then the Corolla GLi is the one to go for.

Note: This comparison was written on the basis of prices as both the cars have an insubstantial price difference.

Volkswagen to ship its new Electric Microbus in 2022!