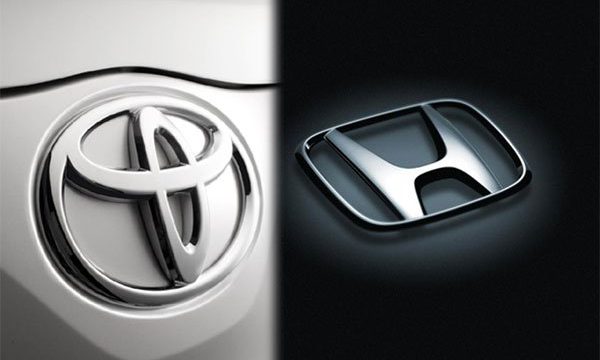 The auto sector’s slump continues as Honda Atlas and Toyota Indus announce their reduced production plans yet again for the month of November 2019.

According to the details, the two major Japanese auto manufacturers in the country are suffering from a sharp decline in sales for the past six months or so. As a result, both the automakers have decided to reduce their production to reduce the operational costs owing to low demand in the market. The auto sector of Pakistan is showing no signs of recovery as the auto sales for the locally manufactured cars slumped by approximately 44% during the month of October 2019. Therefore, Honda Atlas Cars Pakistan Limited (HACPL) has announced that it will observe as many as 23 non-production days (NPD’s) in the ongoing month which is also the most since the two companies started to halt its production since July 2019.

The company also observed 18 NPDs during the month of October. The total number of NPDs has reached up to 85 days during the July-November period. In the 12 working days of October, the company rolled out its lowest ever 857 units of Civic and City combined which shows the miserable condition of the automaker.

On the other hand, Toyota Indus Motor Company (IMC) has decided to operate its production plant on single shifts until December 2019. In the past four months, IMC has also observed 50 non-production days due to the extended period of low demand in the market and piled up unsold inventories. The company has been operating at less than 50% of its production capacity to reduce the operational costs in the current situation of economic crisis. Let’s have a look at the NPD’s for each auto manufacturer during FY 2019-20 in the table below:

Among the two, Honda Atlas has majorly been on the receiving end as the combined sales of its Civic and City have declined by 70% in the first four months of the ongoing fiscal year.

According to the sources, the unsold inventories are still not clearing out as they now pile up to nearly 2500 units. Overall, Honda Atlas has sold only 5838 units from July to October as compared to 18,459 units in the corresponding period last year.

Toyota Indus is also facing critical circumstances as its popular model Corolla is struggling in the market as well. Its sales have plunged by more than 60% in the current fiscal year so far. The company has only sold 7485 units of Corolla during these four months as compared to 18,814 units last year.

Moreover, the company is anticipating the industry’s demand to be around 175,000 units during FY 2019-20 against 240,000 units last year. However, IMC believes that the current slumping situation will improve in the second half of this fiscal year. The country’s economy is also stabilizing slowly which should help the auto industry to get back on track in the future.

The auto sales, however, are not anticipated to improve during November and December as the sales towards the end of every year generally reduce owing to the change in the model year. The consumers tend to wait for the next year for purchasing a new car.

On the other hand, both the companies have not signaled towards any reduction in the prices of their cars to somehow boost up the sales. It is pertinent to mention here that the significant drop in car sales was led by the sharp depreciation of the local currency against the US dollar that resulted in increased prices of automobiles. Note here that Pak Suzuki, the third Japanese auto manufacturer in the country has not yet observed any non-production days (NPD’s) during this period as its sales are driven by the 660 cc Alto in the local sector.

Drop your valuable thoughts in the comments space below and stay with PakWheels for more updates on the automobile industry.