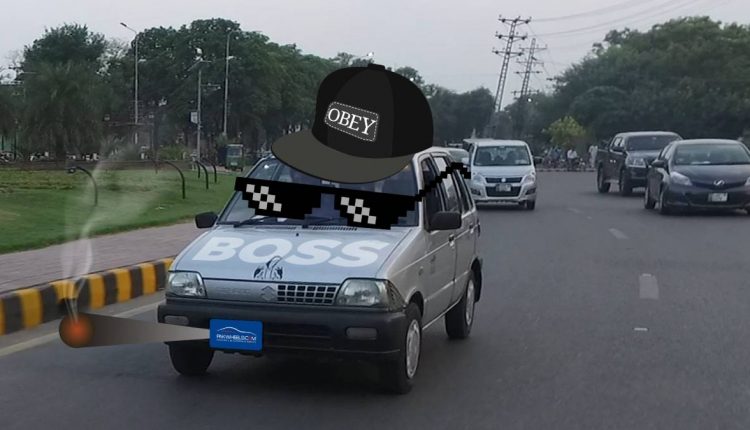 For Pakistanis, Suzuki Mehran is not just a car; it’s a golden memory. It’s the first car of millions. Almost every Pakistani has driven this car when they were young and free. Today, we’ll talk about the things that made Mehran the boss, the legend. Get nostalgic with us!

A Bit of History

Mehran was launched in Pakistan in 1989, 32 years ago. Prior to that, the car existed under the name ‘Alto’ and was also known as the second-generation Alto in the early years. Mehran was the successor to the Suzuki FX, with which it shared a lot of similarities. The launch price of the car was a mere 90,000 rupees.

Over the car’s lifespan, it remained a 5-door hatchback with minor changes to the interior,  exterior, and engine. Mehran remained a 796cc, 3-cylinder petrol engine with a 4-speed manual gearbox, from inception to discontinuation.

Mehran boasted high sales all its life, even in its terminal year. The Boss, as the locals call it, was discontinued in March of 2019 and was succeeded by the 660cc Alto that has been in local production ever since.

Mehran did not have any eye-catching character lines or any feature that would turn heads. It was a simple car for the everyday citizen.

The car quickly gained market share because it was comparatively cheap. Mehran not only had a low price tag, but also the lowest maintenance and parts costs, which is why the resale value was also impressive.

It was the first four-wheeler owned by many citizens due to this very factor. It made the transition from two to four wheels very easy and affordable.

During the 20 years of its lifetime, the car remained as it was on its first day.

It lacked real window defogger and side air conditioning vents. It only had front two vents, which made the ride uncomfortable for the rear passengers in the summers. Suzuki also did not offer an RPM (rounds-per-minute) meter in the Mehran.

The sound system unit and two front door speakers were introduced in the mid-2010s, which wasn’t of much use as the sound quality was poor.

Mehran was not equipped with arm-rests, neither at the front nor the rear. Compared to 660cc Japanese cars, or the locally manufactured Alto, Mehran also had questionable leg-room at the back.

We Still Love ‘The Boss’

Despite the slow but constant increase in price, Mehran remained a public sweetheart and a very in-demand vehicle for most of its production years. How will its successor, Suzuki Alto, perform in the long run? Well, that remains to be seen.