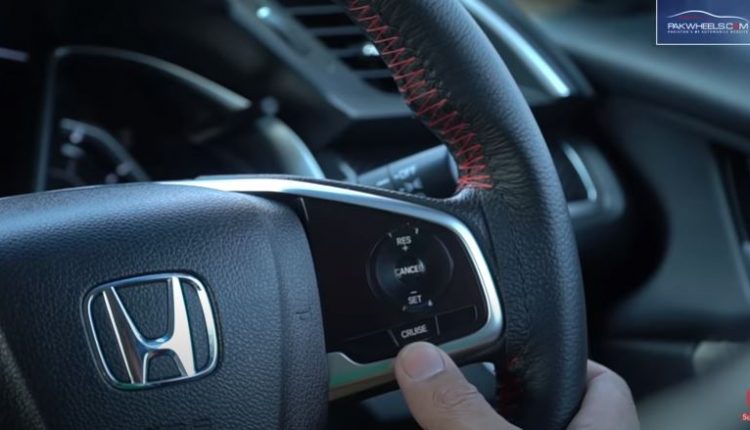 How to Use Cruise Control? -Tips by PakWheels

Today we will tell you how to use Cruise Control System in a car. This system was launched in 1948 and installed in Chrysler cars in 1958 for the very first time. Through Cruise Control, you can control the speed of your vehicle.

The system starts working from 40-km/hour because it’s the road speed limit in many countries.

We will use this system in Honda Civic, and it starts working at 43-km/hour in this car.

How to Shift to Cruise Control?

In Honda Civic, the Cruise Control button is on its steering, while in some cars it is used through a side lever at the side of steering.

When you press Cruise Control button, the ‘Cruise Main’ light will switch-on in the meter, which means the system is ON now. 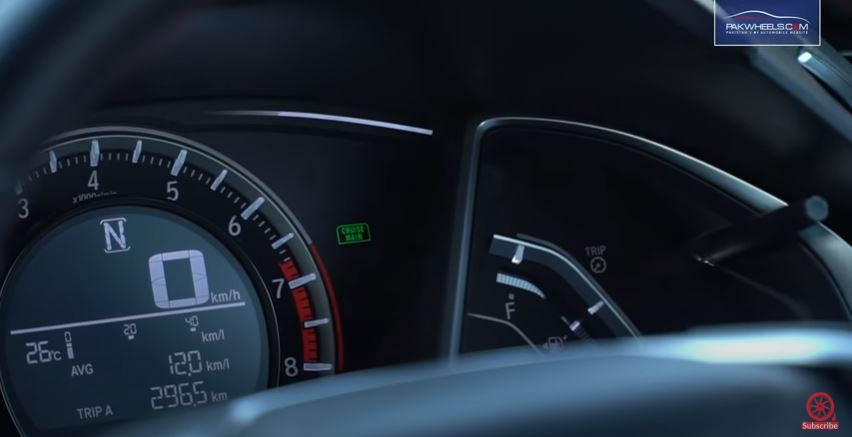 But as we mentioned earlier, the car must be traveling over 40 kilometers for the implementation of this system. So, we are starting the car drive.

Always check the traffic around you before switching on this system during the drive, making sure another vehicle is not near you. This is a crucial step for road safety.

After the vehicle crosses its set limit i.e., 40 kilometers per hour, push the ‘Set’ button on the steering, and light of Cruise Control System will switch on. Now remove your foot from race pedal and push (+) button for increase in speed and (-) button for speed reduction. 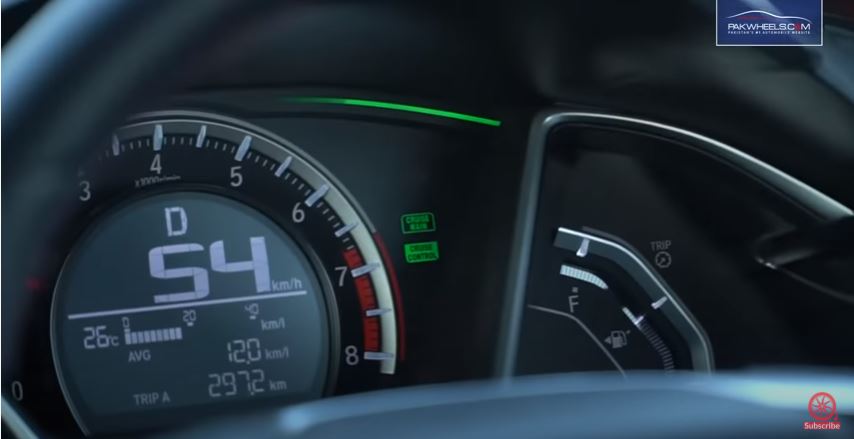 The car will start traveling on your set speed. In an automatic vehicle, the vehicle shifts the gear automatically as you will increase or decrease the speed with the buttons.

While in a manual car, you have to shift the gears, while adjusting the speed through plus and minus buttons.

The system will be disconnected when you will apply the brake, but it will remain ON. To reapply the system, take the car over set speed-limit and Push the ‘Set’ button again.

If you want to switch the system off, push Cruise Control Button, and it will shut down.

You must try to use this Cruise Control System on long routes like highways or motorways, but try not to use it during intra-city travel. The reason behind this tip is, it is hard to adjust car speed and using this system within the city.

The biggest advantage of this system is that it controls the speed of your car, then it makes your car fuel-efficient and lastly, ensures safety as other cars overtake you.

The system gives less reaction time while applying the brake or changing the lane, which can cause an accident. That is why it is better to use this system on highways because you will have time to adjust according to the situation.

We hope that this tip will help you in using the Cruise Control. This system in your car may be different from other vehicles, but the difference is minimal. If you are still facing some issue in using this system, let us know in comments, and we will try to resolve the issue for you.

Recommended For You: How To Jump-Start A Car?-A Great Tip For Car Owners