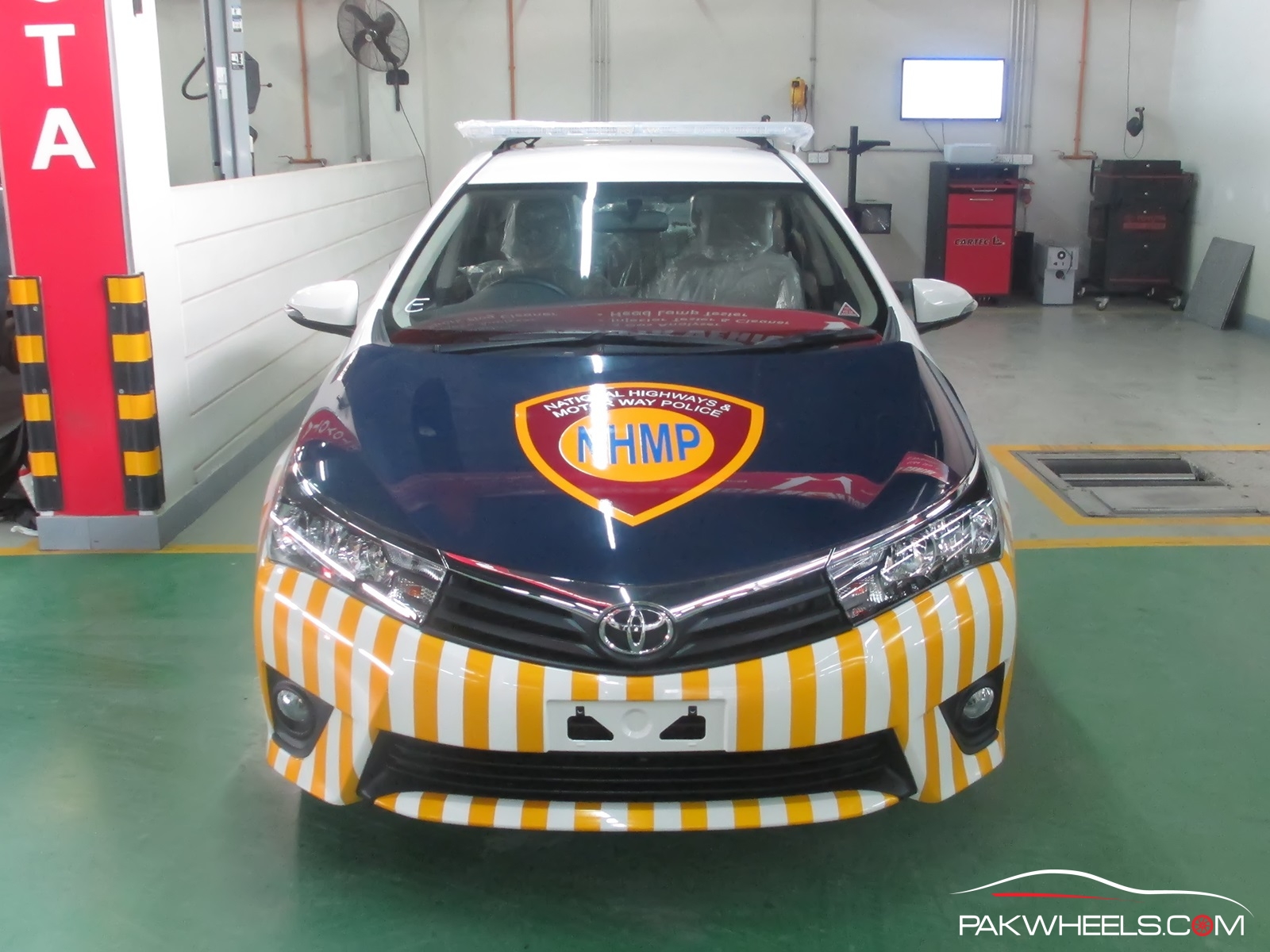 Motorway Police is amongst the most professional and reputed institutions of Pakistan. The officers from Motorway Police are humble and put all of their efforts and resources in helping people on the Pakistani highways. The officers are very dedicated to their duties and are honest. They do not create unnecessary nuisance for you and only book you if you have really broken a law, unlike the Sindh and Punjab Police, who do not let go of any chance to rob the people.

I have heard stories about their professionalism and luckily got a chance to experience it. Last week, I contacted Toyota Eastern Motors and inquired about what are some of the specific requirements of Motorway Police for its fleet.

Instead of telling me over the phone, they invited me to the dealership, briefed me about the cars and allowed me to take some closer photos of them. They have an order of about 40 Toyota Corolla Altis 1.6 for the Motorway Police.

Motorway Police indeed had some specific requirements for their vehicles as they wanted to adhere to global road safety standards and wanted to ensure durability. For that, they had asked the dealership to repaint the body panels (doors, hood, and trunk) to Navy Blue color instead of pasting vinyl on it. The reflective markings on the vehicle need to be from the 3M Diamond Grade Reflective Traffic Signage series to ensure maximum visibility during daytime and easy identification during night time on the dark highway.

The flasher lightbars, sirens, and speakers must be sourced from Whelen Engineering – a USA based vendor of automotive safety lighting equipment – and the car should have a set of 2 fire extinguishers with proper mountings, one in the trunk and one under the front passenger seat to ensure easy and effortless access when needed. 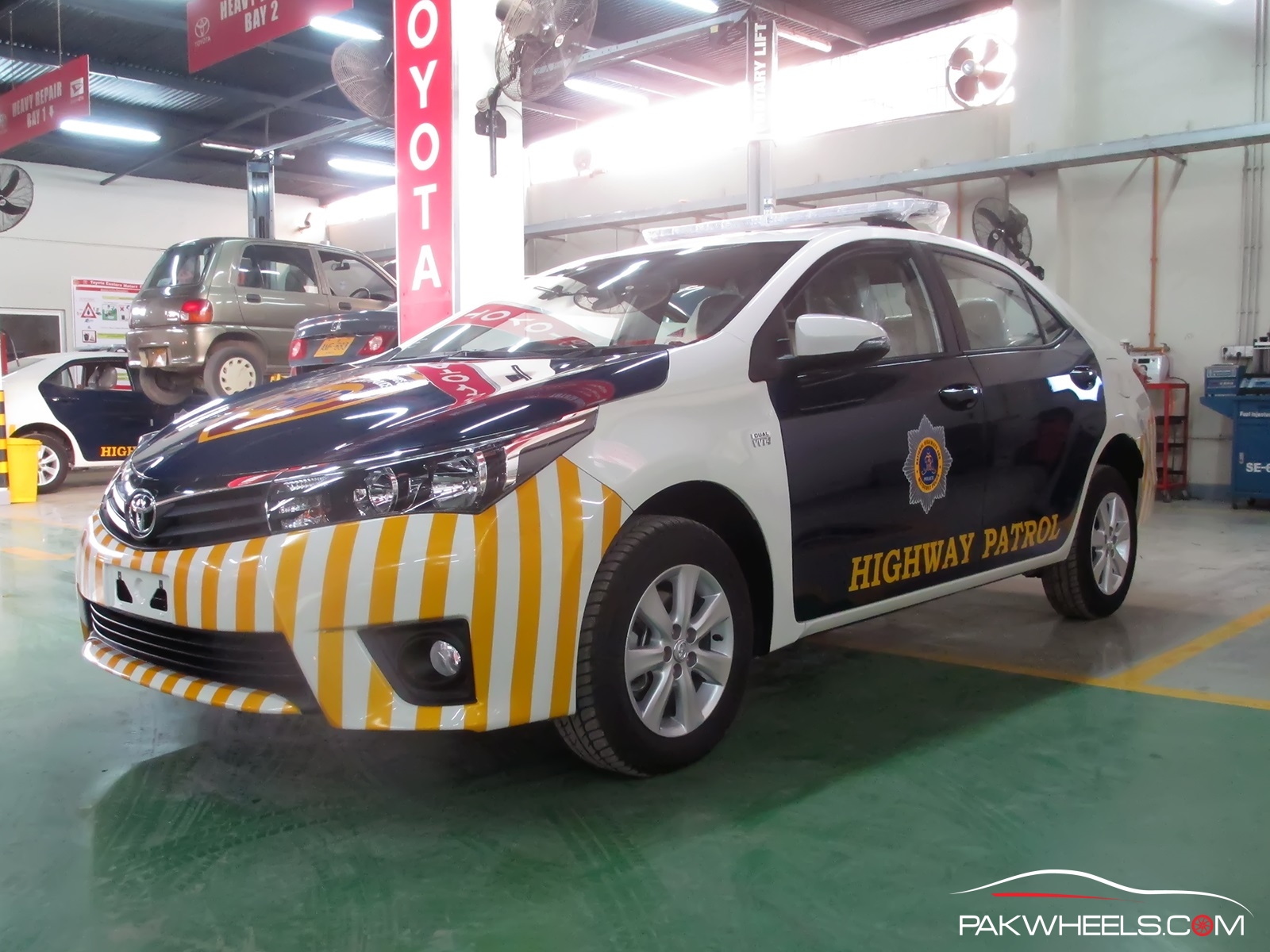 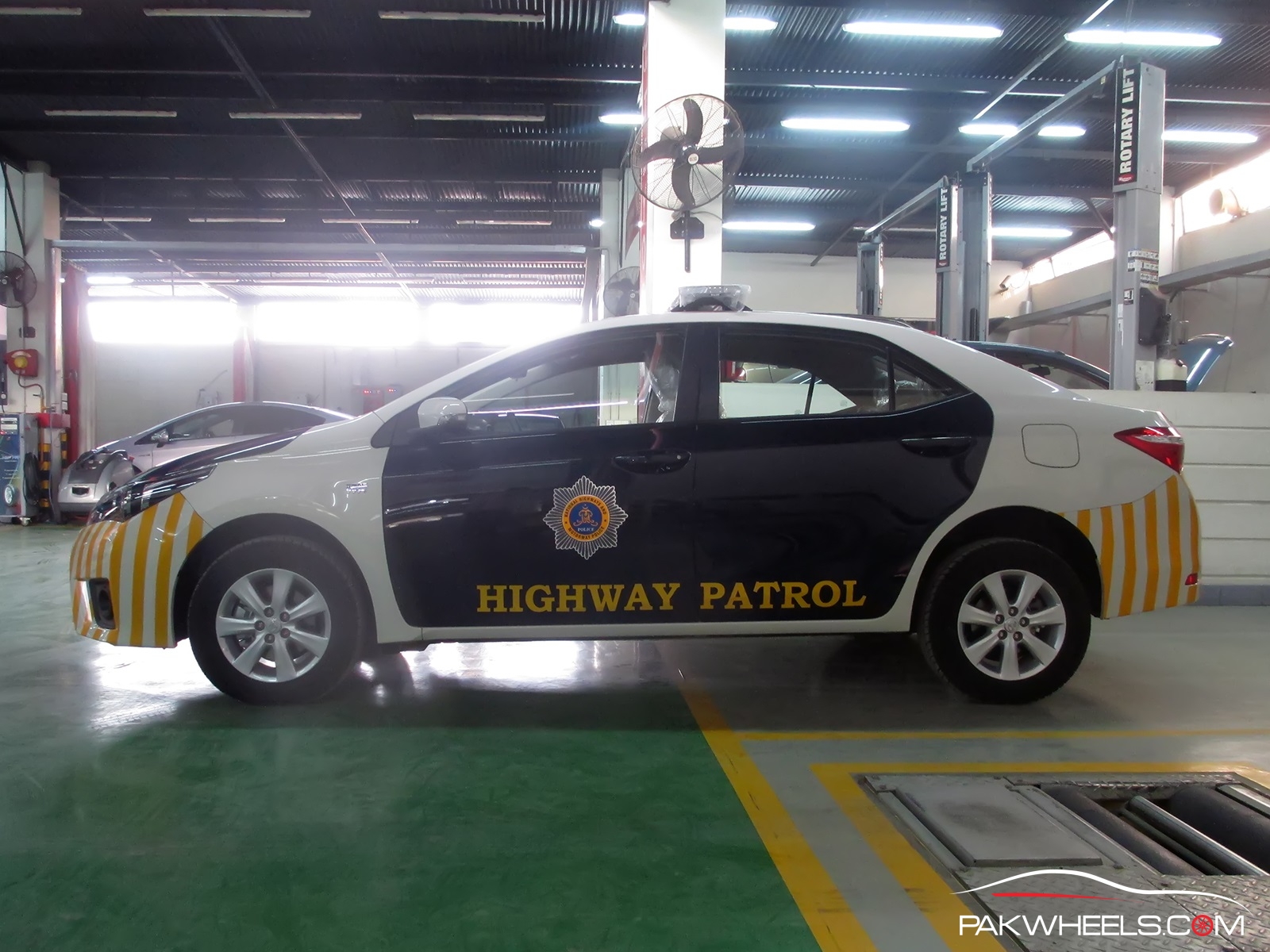 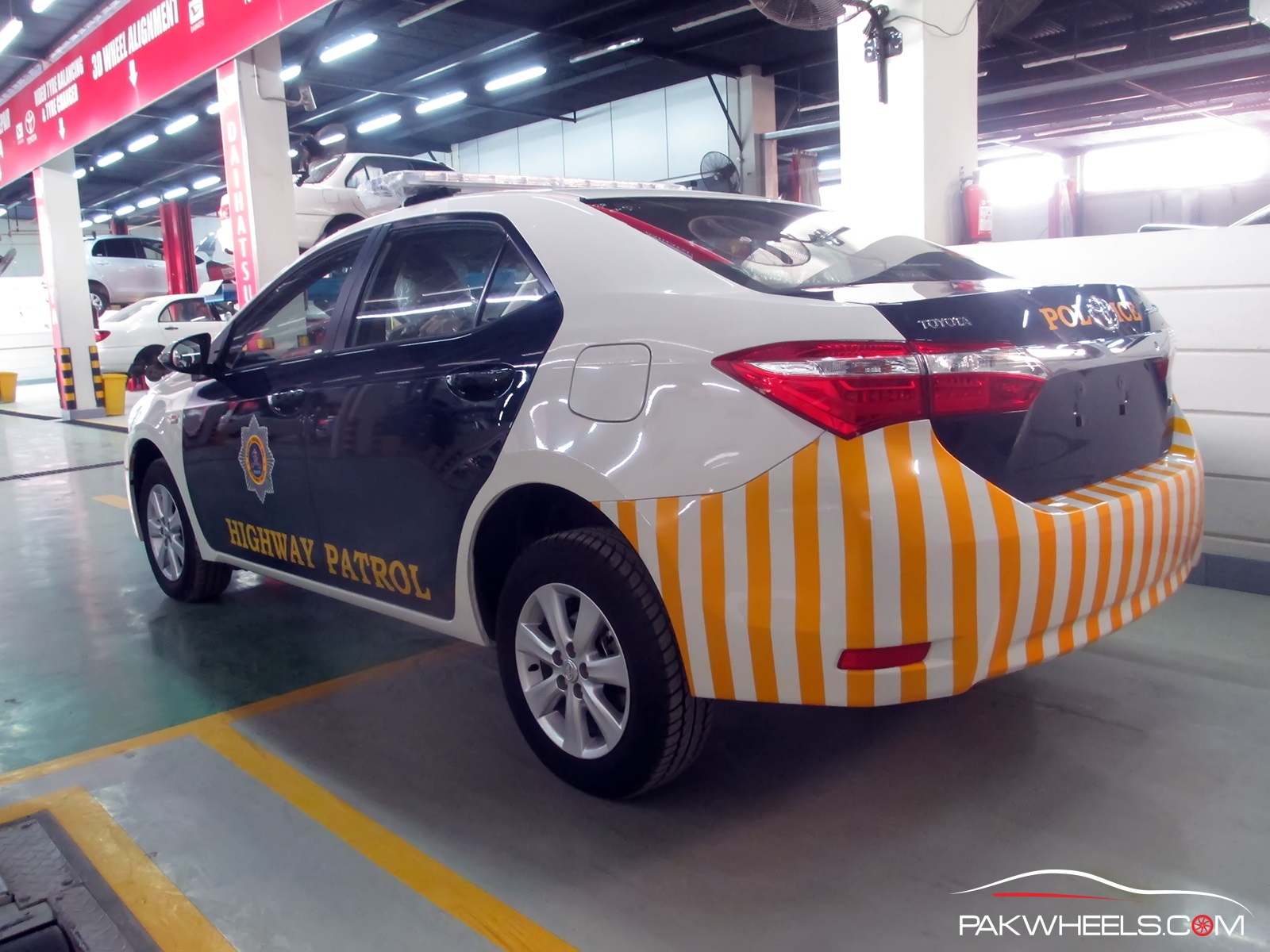 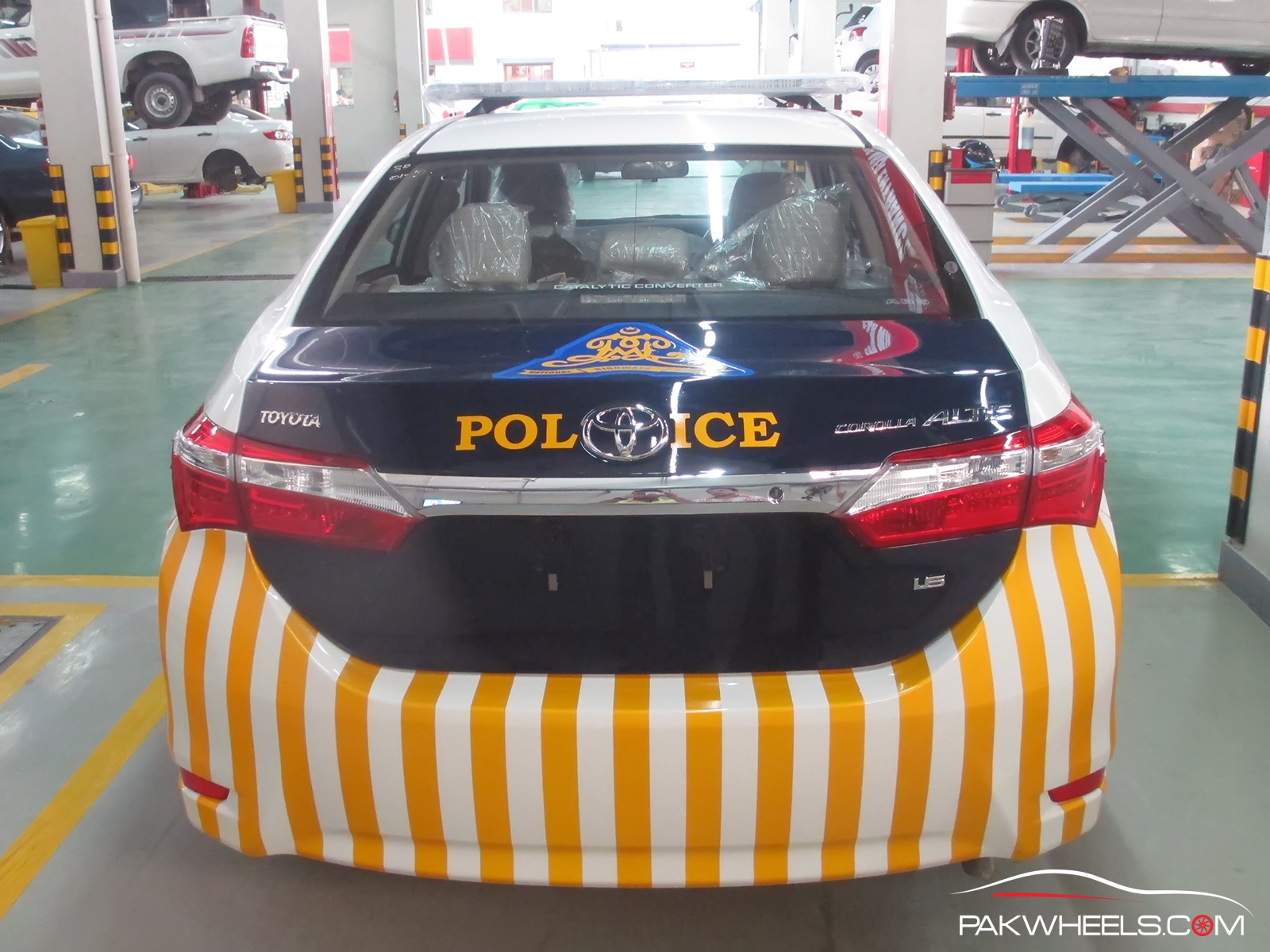 Only local hatchbacks can save the doomed auto industry of Pakistan

30 years in prison for a 3700 kilometers test drive