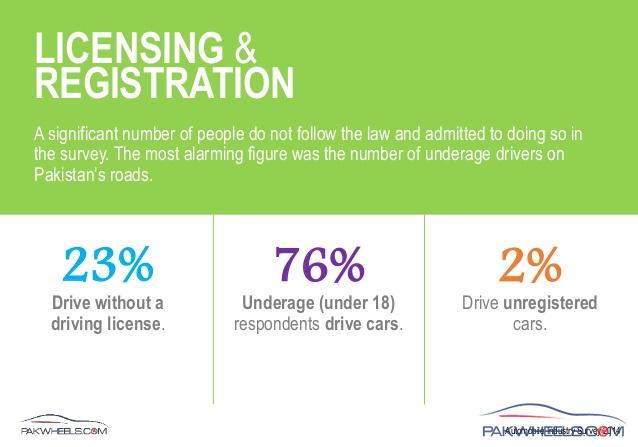 Karachi And The Menace Of Underage Driving

The other day I was heading towards Khayaban-e-Ittehad, Karachi, when a guy probably around 14-16 years old in white Corolla gave me a sharp cut, probably to show off. I was traveling at around 50 km/h whereas the kiddo must have been at least at 80km/h. I applied my brakes so that I don’t bang my car into his.

The purpose of sharing my experience is not to gain sympathy rather to let you guys know that underage driving is very dangerous. Almost everyone has done underage driving and I remember the adrenaline rush when you are sitting in the driving seat. It almost feels like you’re in a Supra and about to win the quarter mile.

Around the world, underage driving is done but in our country and some of neighboring countries, it is a very common practice. The traffic licensing system is so pathetic that those with bad eye sight have a license and the ones who are supposed to carry a license, don’t have one.

It is not just about complaining, and blaming only the system, but one should in fact start taking steps from their home. It’s a request to all of you to keep a check on your younger siblings especially boys. It’s painful to see kids doing rash driving. Lack of experience and control over the vehicle can lead to an accident which otherwise could have been avoided by an experienced driver.

The City Traffic Police of Rawalpindi launched its special campaign against underage drivers, tinted glasses and driving without number plates. More than 40,000 vehicles were issued with challan tickets in the first four months of the campaign.

Couple of years back similar actions were taken in Faisalabad where more than 75 underage drivers were caught breaching the traffic rules within 24 hours of the launch of campaign. The cars were impounded and undertaking was signed by the parents to not allow their children to drive the car until they get reach to the legal age and get the driver’s license.

No doubt the traffic policing bodies of both provinces, Punjab and Sindh police, are completely separate and almost everyone is aware of it. But considering Karachi is the largest city of Pakistan, it is the need of the hour for such policing actions to be taken here as well, so that we don’t lose the young blood of our city and country. 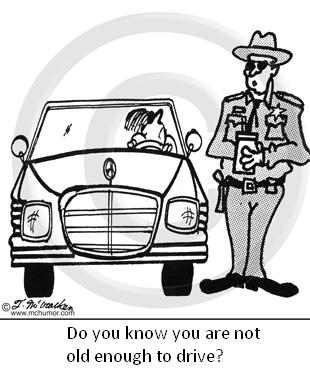