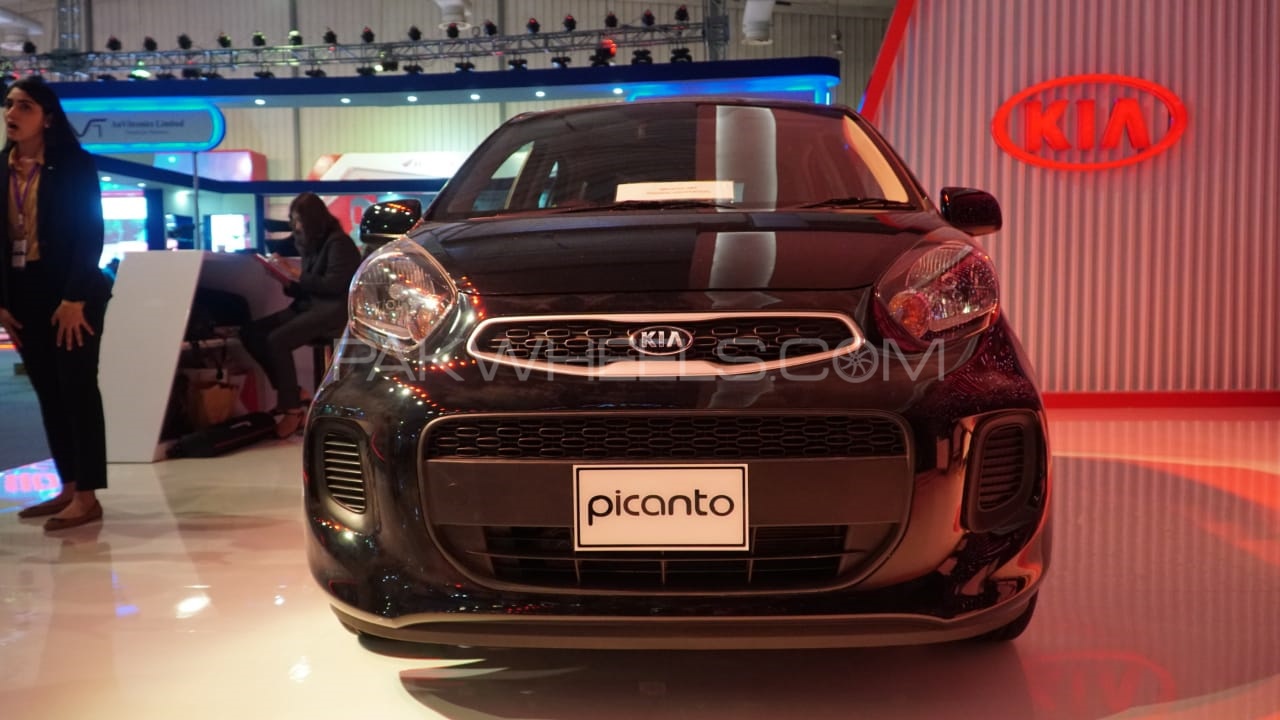 KIA Picanto booking to start in the Mid of September 2019

KIA Lucky Motors has once again entered into the local industry of Pakistan after a decade and this time with a long-term investment plan. The expectations with the auto manufacturer are high considering the lack of competition in the local market of Pakistan. Last three decades have been dominated by the big three including Suzuki, Toyota, and Honda. Pak Suzuki has been enjoying the monopoly of the only automaker in the entry-level hatchback segment in the country whereas Toyota Indus and Honda Atlas were the only players in the high-end vehicles. Alongside KIA, another South-Korean auto giant Hyundai has also returned to the local setup after years.

KIA has so far introduced its MPV Grand Carnival and Sportage in the country. Note that KIA had participated in the Pakistan Auto Parts Show (PAPS) 2019 which was a highly anticipated 3-day event held at Expo Centre, Karachi from 12th-14th April.  The company displayed many of its vehicles including Stinger, Sportage, Picanto, Niro and Grand Carnival at the event. As mentioned the company had already introduced two of its vehicles in the country, and as the company’s announcement, it is all set to launch Kia Picanto for its customers as well. This will be Kia’s third car to be introduced in Pakistan.

It is imperative to mention here that, at first, the company was all-set to open booking of the car in August, however, due to unknown reasons it was delayed and now from the next week, the booking will open and anyone can book the car. The deliveries will be made from October onwards. 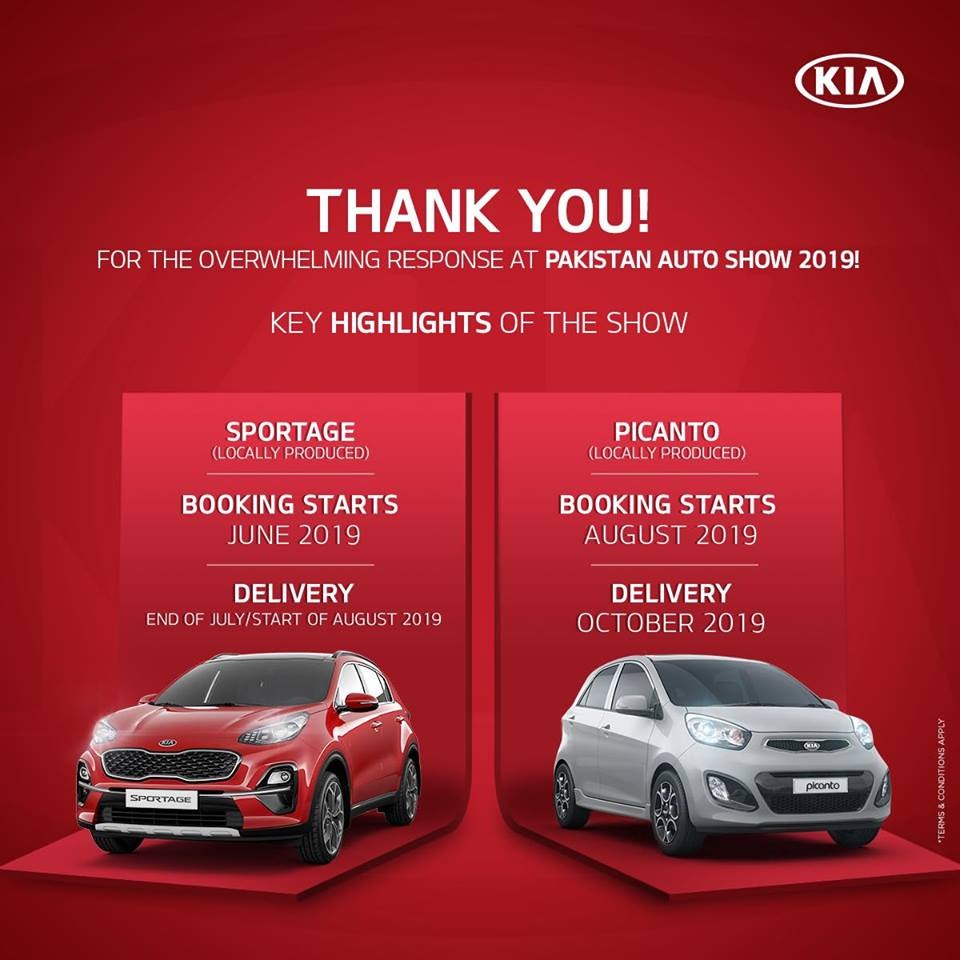 KIA Picanto is an entry-level  5-door hatchback powered by 1000 cc engine displacement mated with a 4-speed automatic gearbox. The Euro-6 compliant 1.0-liter engine produces a maximum output power of 66 hp. Picanto shares platform with Hyundai i10 and as far as its economy figures are concerned, NEDC rates it up to 23 km/liter. The hatchback has a wheelbase of 2400 mm which provides optimum control over the car. 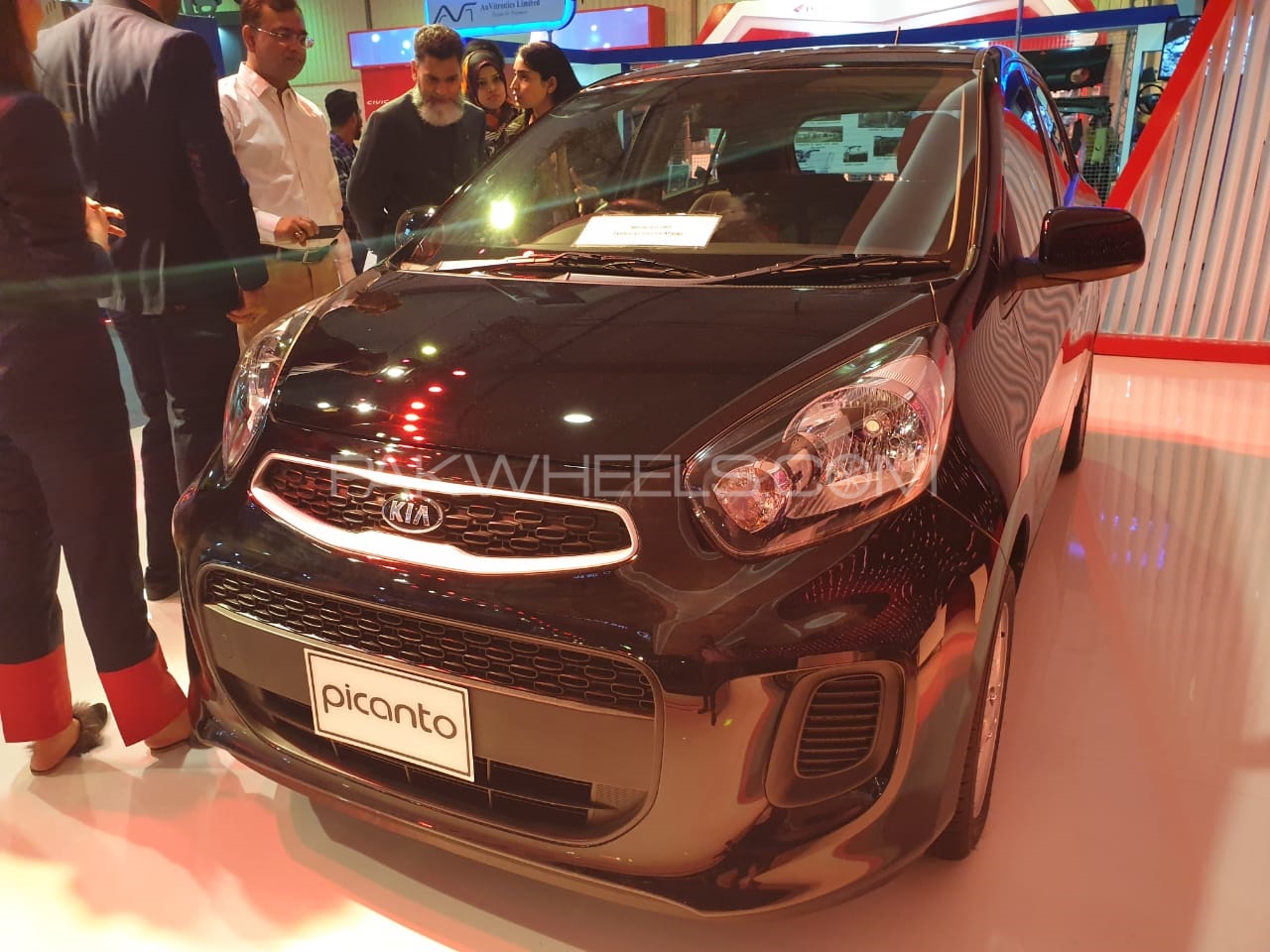 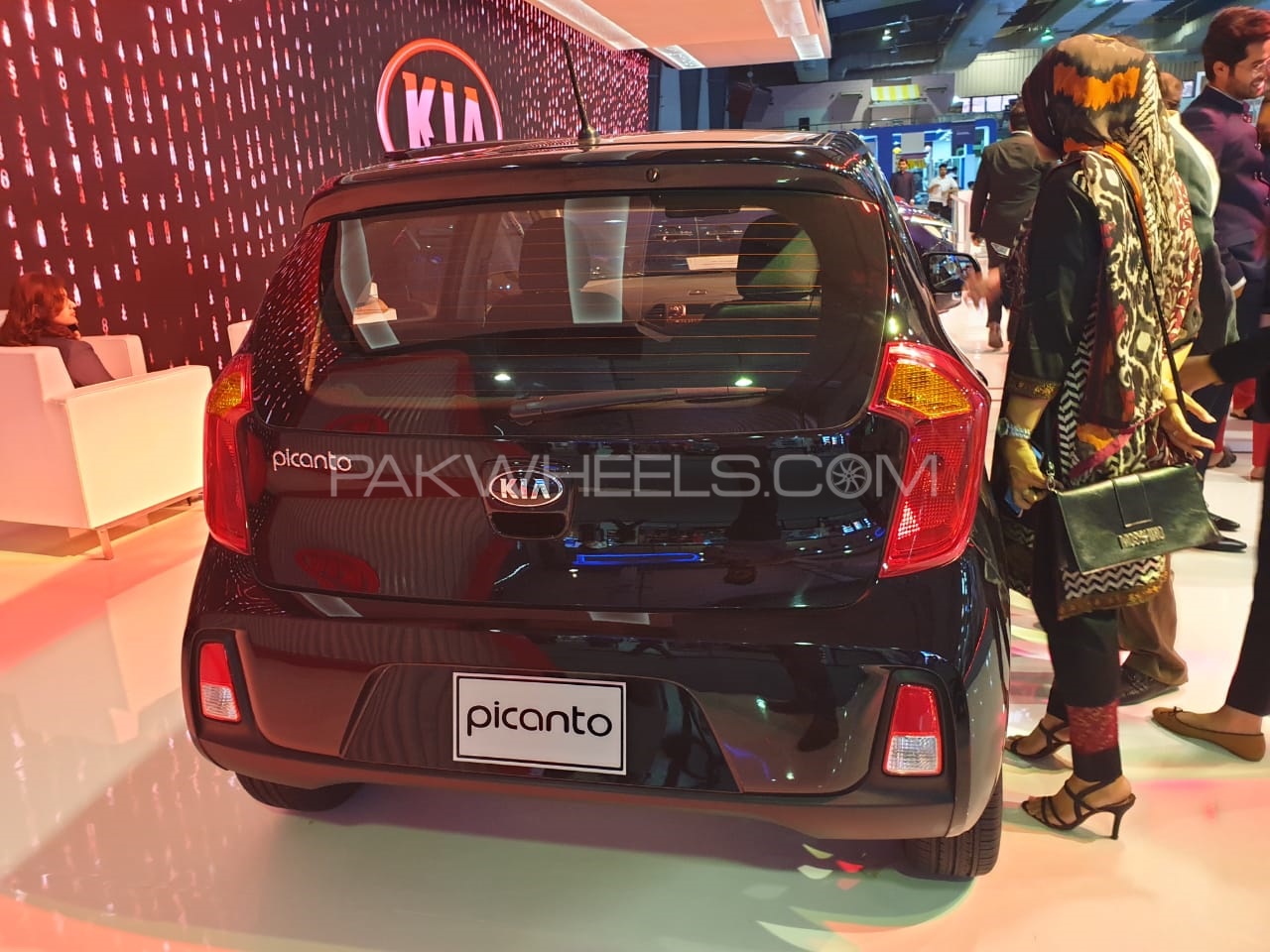 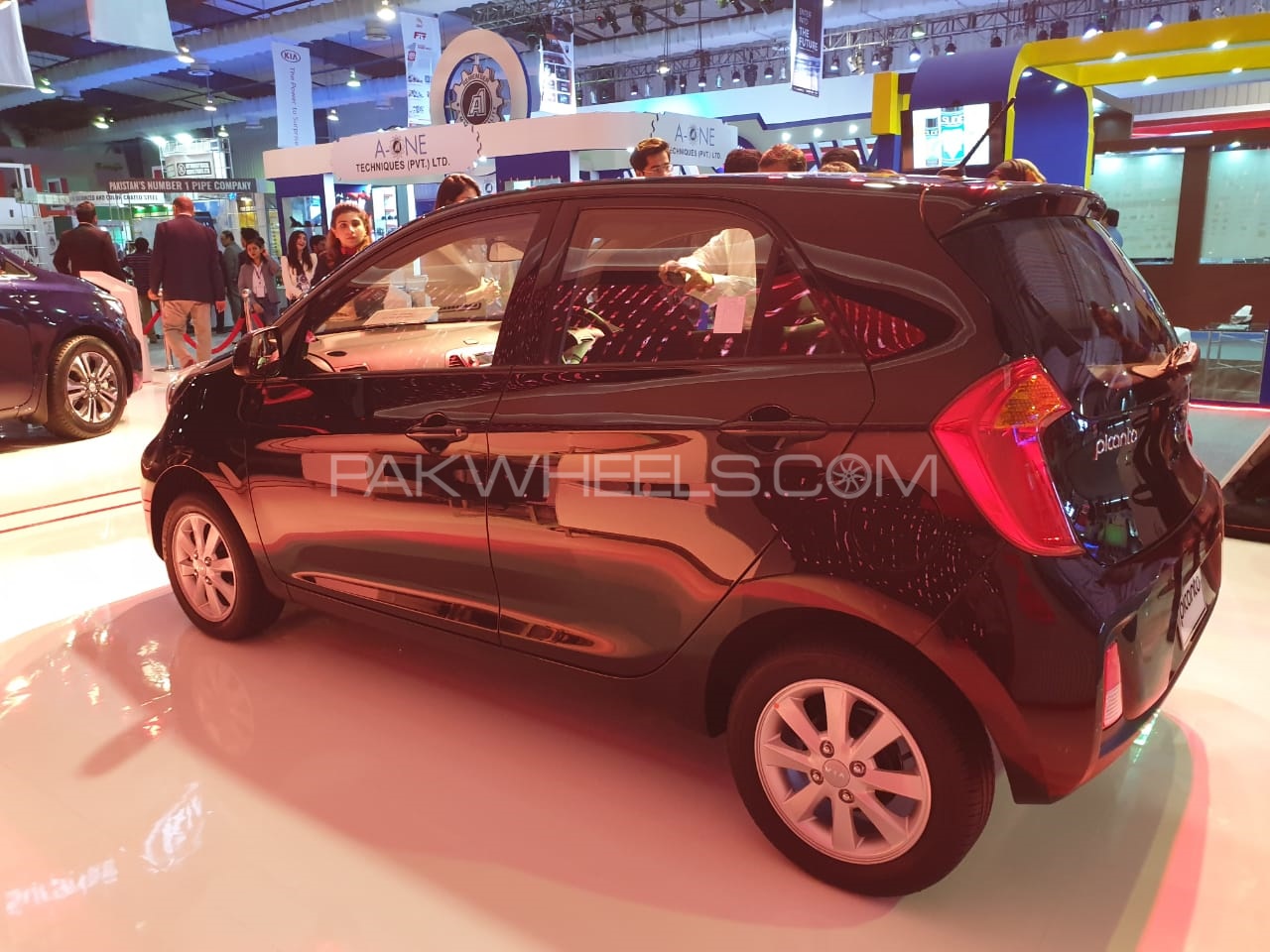 KIA Picanto was first introduced in 2004 which continued till 2011 before the 2nd generation model came into the market. The 2nd generation remained in production till 2017 after which the company launched the 3rd generation of Picanto at Geneva Motor Show 2017 and is currently being produced around the globe. The hatchback comes in 1.0-liter engine mated with a 5-speed manual transmission and a 1.2-liter engine which is offered under the optional automatic transmission. It is worthy to mention here that KIA Lucky Motors is planning to introduce the 2nd generation 1.0-litre engine model in Pakistan. So, once again, the country will get an older version of a new car; this time by a new player in the auto sector.

The 2nd generation KIA Picanto displayed at the PAPS 2019 had a signature compact tiger-nose radiator grille at the front and comes with 14” alloy rims. The hatchback also featured power steering, power windows (front), entertainment system and analog climate control. The upcoming car would be equipped with airbags as a basic safety feature but might lack the spare wheel at the back which is a necessity especially while traveling in Pakistan. The company claimed that they would offer a version of Picanto which would house more additional features as compared to the one showcased at PAPS 2019. The estimated price of the upcoming entry-level hatchback would be around Rs.1.7-1.9 million.

Competitors of KIA Picanto in the local market:

With the launch of KIA Picanto, the company will be mainly targeting to break down the monopoly of Pak Suzuki in the 1000 cc car segment. Its head-to-head competitor will be Suzuki Wagon R, Cultus, and also United Bravo. FAW V2 also falls in the same category in terms of the price range. Suzuki Wagon R VXR is currently priced at Rs.1,540,000 and the higher-end VXL costs Rs.1,625,000. On the other hand, the price of Suzuki Cultus starts from Rs.1,745,000 for VXR variant and goes all the way up to Rs.1,975,000 for the AGS variant. The only variant VCT-i of FAW V2 is equipped with a 1298 cc engine displacement and comes at Rs.1,499,000. Both Wagon R and Cultus lack any extra-ordinary features and only the top of the line variants of Suzuki Cultus is equipped with ABS brakes and two airbags as safety features. The price tag and build quality of KIA Picanto will be a key factor in determining the success of the hatchback in Pakistan. However, we do expect a better quality material used inside the car as compared to Pak Suzuki. With the entrance of new cars in this segment, the competition will rise, compelling auto manufacturers to produce high-quality products to stay ahead in the race. 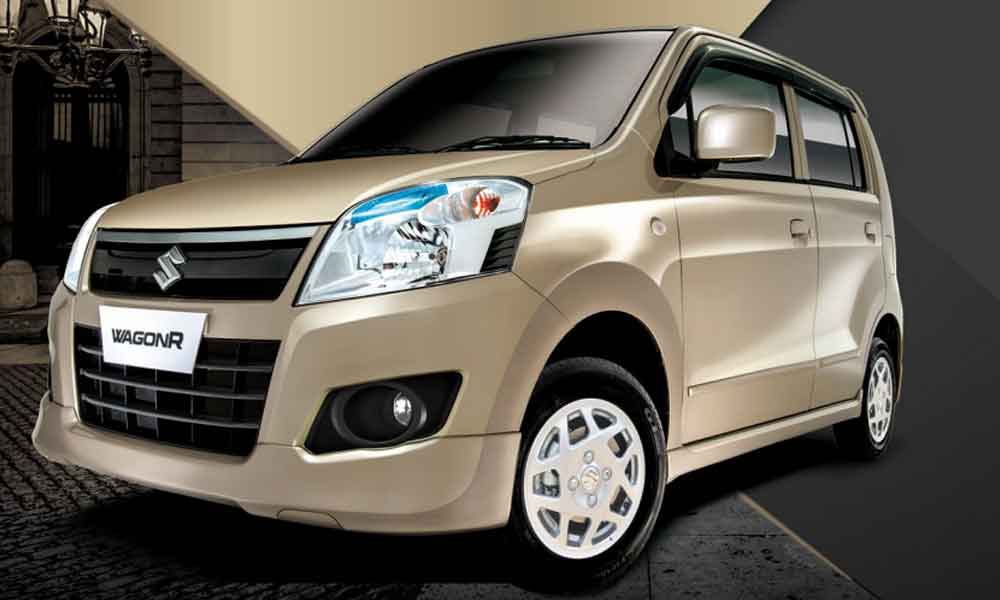 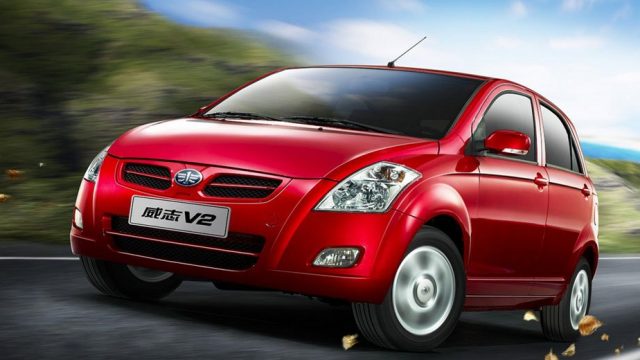 KIA has a wonderful opportunity to capitalize on by introducing Picanto with several additional features under an attractive price tag which can build a huge following for the brand. A majority of potential buyers are already willing to move to something better than what Pak Suzuki offers in its cars. So, let’s hope it turns out to be a win-win situation for the consumers at the end of the day.

That’s it from our side for now. Stay tuned to PakWheels for more reviews and comparisons of upcoming cars. Leave your suggestions in the comments section below.

Chiron Super Sports: 30 units to be made in first phase