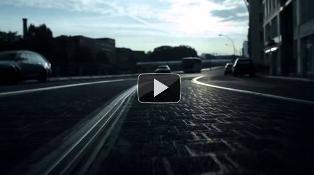 Lamborghini goes around the world in two minutes

It takes me more than two minutes to exit my building and another one minute to start my car and add another 4-5 minutes to come out on the actual road due to the traffic jams on my service road however, Lamborghini have a new advertisement inspired by the famous 1976 French short-film, Claude Lelouch’s C’etait un Rendezvous.

Lamborghini Gallardo LP570-4 Super Trofeo Stradale may sound awesome throughout the video as it feels like exhaust of an F1 car with a camera tied to its nose as it speeds pass through the world in two minutes however, the attempt is not as good as original French short-film which had a camera mounted on the bumper of Mercedes-Benz 450SEL 6.9.

The original French movie began in the early hours of the morning (05:30hrs) in Paris, accompanied by sounds of a high-revving engine, gear changes and squealing tires whereas Lamborghini’s lackluster attempt begins with a 10-to-0 countdown.

Here’s the video for your trial:

Your awesome car pictures are back