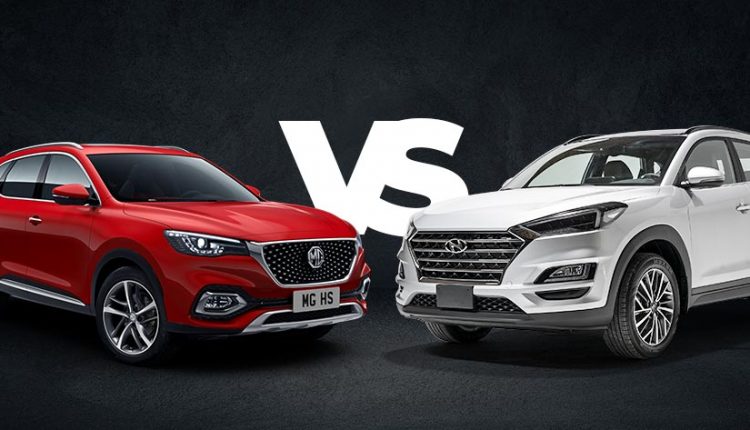 Continuing our comparison series, we have brought feature and spec comparison between MG HS and Hyundai Tucson. Earlier, we compared HS with KIA Sportage. MG HS has recently come into the local market with a bang; meanwhile, Tucson has already registered its strong presence in the country.

Here is a comparison between these two compact SUVs.

Hyundai Tucson has Rear Cameras, while MG’s SUV comes with 360-Degree Cameras, giving the driver view from all sides.

Both vehicles have the capacity to accommodate five passengers, making them equal in this category.

Hyundai’s SUV has only 2 airbags, while MG has installed 6 airbags in its vehicles, making the newcomer safer for both driver and passengers.

MG offers three interior colors, while Tucson comes in only one color scheme.

MG has installed latest Anti-Collision System in the car, which applies the brake if something comes in front of the car suddenly. On the other hand, Hyundai doesn’t have this feature.

MG has both Lane-Assist System and Paddle Shifters, while Tucson doesn’t have both of these features.

Hyundai Tucson comes with the feature of Wireless Charging, while MG’s vehicle doesn’t have this option.

Tucson has the feature of Cornering Lights, making the drive safer and easier at night, while MG has not offered this option in its SUV.

MG has the feature of Rain Sensors, while Hyundai has not given it in its vehicle.

The cost of MG HS is Rs5.5million, while the cost of Tucson is Rs5.6million. 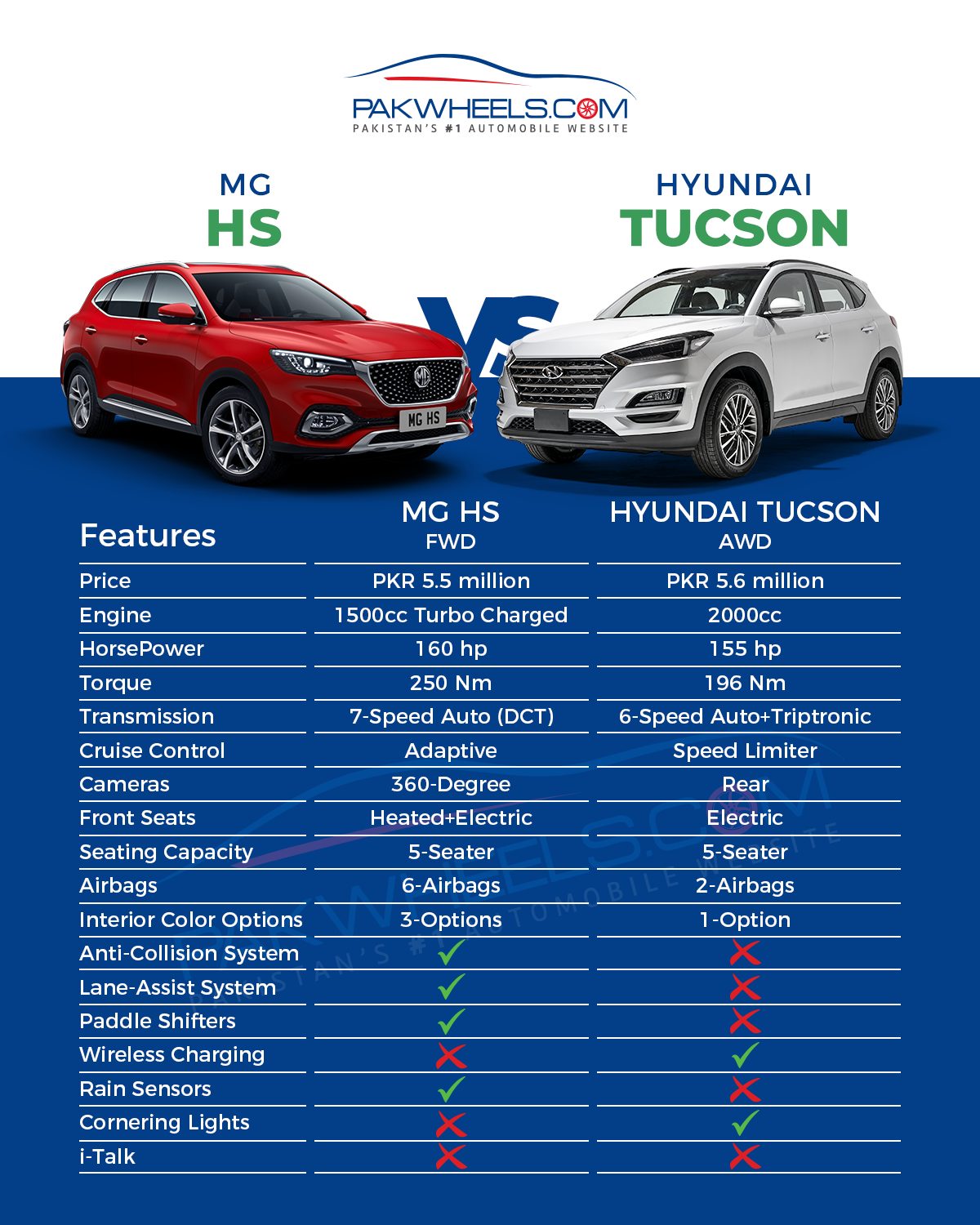