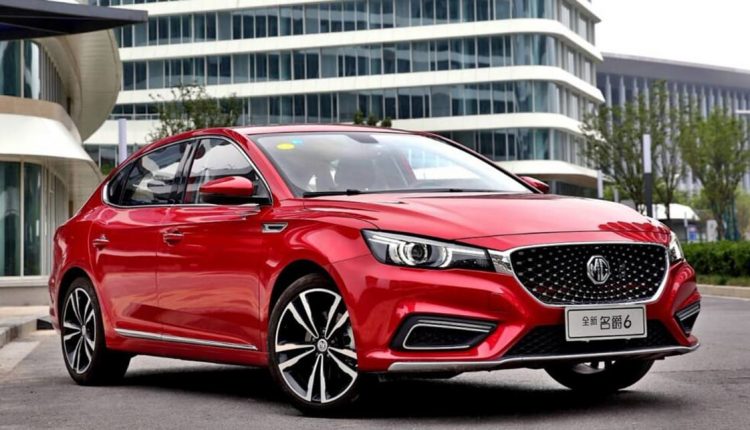 MG Sedan And Another SUV Coming To Pakistan

MG Motors is getting a lot of hype in Pakistan. Their recent debut in the Pakistani auto market has been a massive success as people are loving the new MG HS SUV. Looks like the automaking company has planned even bigger things for the future. The owner of MG Pakistan, Javed Afridi, has recently dropped hints about two more MG cars, the MG 6 sedan and the MG RX8 SUV, coming to Pakistan. As expected, his teaser has got many car lovers going “(O)MG!”

Afridi, the man who introduced MG Motors in Pakistan, broke the news on Twitter. Sharing a short video of a red MG 6 sedan, he asked the audience about their thoughts on the car and its price in the Pakistani market.

What about this Model (MG6) & what Price you suggest for Pakistan Market ? pic.twitter.com/mk5uANiEzL

Later on, the local representative of MG Motors shared some pictures and a video of the MG RX8 SUV in what looked like follow-up posts. So, it’s only natural for the Pakistani MG fans to get hopes for the car’s launch in the country.

A Look at the MG 6 Sedan

One airbag and ABS are a part of the car’s safety plan for its riders.

Features like the standard 16-inch alloy wheels, power windows with a power steering, a leather steering wheel with control switches, sunroof, fabric seats, rear parking sensors and cameras make this sedan both an attractive option for the consumers and a tough competition for the reigning sedan champions, i.e., Toyota Corolla and the Honda Civic.

A Look at the MG RX8 SUV

Next in line, the RX8 is a fully-loaded seven-seat SUV that comes in two variants. The Roewe RX8 and the Maxus D90 both have a power-packed 2.0-liter turbocharged petrol engine that makes 224 hp and 360 Nm of torque, equipped with 6-speed automatic transmission.

What’s more? The interior of this SUV is more exciting than its simple yet trendy exterior. The perfect blend of leather stitching and brushed aluminum trim pieces make it a sporty vehicle. Front, side, and curtain airbags, a rearview camera, and cruise control make it super safe to travel. If launched in Pakistan, this SUV will compete against Kia Sorento, the Toyota Fortuner, and the Hyundai Santa Fe.

MG Pakistan’s popularity is soaring day by day. Their first car, the MG HS, received a huge response from the Pakistanis that its bookings were closed only a short time after the launch. More MG sweet rides on the roads of Pakistan will definitely be game-changing for our local auto market. Seeing how enthusiastic Afridi is, we may not have to wait much longer.

Keep visiting PakWheels Blog for more updates on cars and let us know how you feel about this news of two more cars coming to the MG Motors lineup in Pakistan.