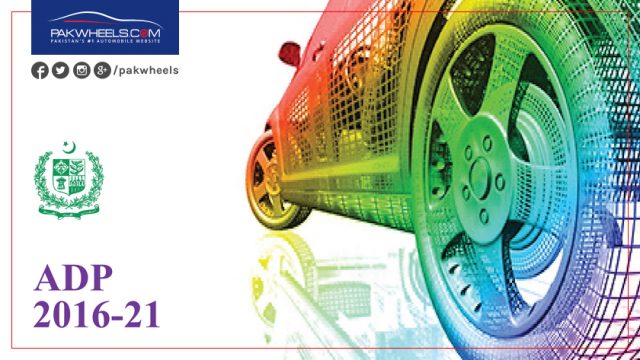 In a meeting held on Monday, 3rd December 2018 with the representatives of the automobile industry and Pakistan Automotive Manufacturers Association (PAMA), the Ministry of Industries and Production (MoI&P) assured the continuity and implementation of current Auto Development Policy (ADP) 2016-2021.

Abdul Razzak Dawood, Prime Minister’s advisor on Commerce, Textile industries, Production, and Investment, delivered this message to the representatives during the meeting. The representatives of M/S Indus Motors, M/S Atlas Motors, Secretary MoI&P Azhar Ali Chaudhary, Additional Secretary Mutahir Rana, and Joint Secretary Niaz Muhammad Khan were also present on this occasion. The meeting continued for a couple of hours that evaluated the need for reviewing the implementation status of current ADP 2016-2021. For this purpose, a sub-committee of the Economic Coordination Committee (ECC) of the Cabinet will be directed to complete the task. According to the current Auto Development Policy (ADP) 2016-2021, no existing auto company will be granted a Greenfield status and the incentives remain exclusively for the new entrants in the industry.

The concerns among the new entrants were raised when speculations came that the Ministry of Industries and Production was planning to grant Greenfield status to M/S Suzuki for its new plant. It is worth mentioning here that Suzuki, in a bid to meet the customer requirements and enhance its production units per annum, has decided to install a new plant adjacent to the existing one with an investment of $460 million. The new entrants, who had acquired Greenfield status under the ADP 2016-2021, approached the Ministry of Industries and Production to seek clarification on their concern. The representatives of Honda Atlas and Indus Motors Company supported the argument that the government should not discriminate against an already existing company and the auto policy shall be reviewed in this regard.

The Chairman of Suzuki Motors Corporation, Osamu Suzuki stressed that the company has contributed majorly towards the development of the auto industry in Pakistan for the past 40 years since its first overseas production here in 1975. The company has been a backbone in providing the employment opportunities to more than 350,000 people in Pakistan till now. The automobile market of Pakistan requires expansion at this moment owing to the economic growth which has driven us to set-up a new plant adjacent to the existing one with a hefty investment of $460 million. It will be helpful in the production of advanced models with an enhanced capacity to meet the potential growth in the need. In this regard, he requested the government to provide incentives for investment to the existing auto manufacturers for at least three years.

What do you think about this story? Should the existing manufacturers be given Greenfield status for a new plant as in the case of Pak Suzuki or the government shall keep providing incentives to the new entrants in the market only? Let us know in the comments section below.