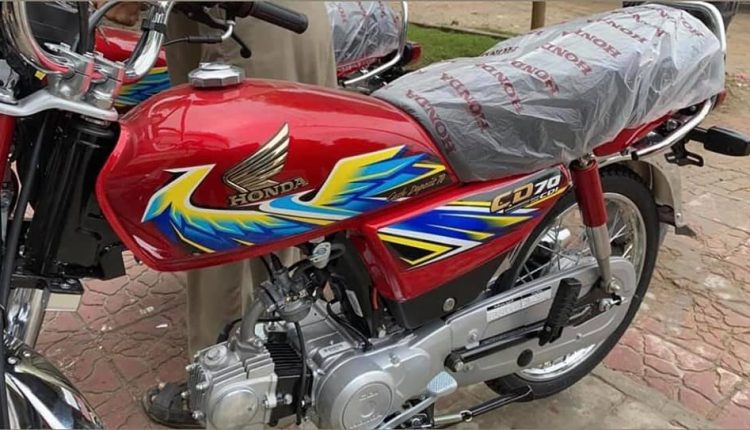 Atlas Honda has launched new sticker of Honda CD70, but with same old body. The new sticker is mix of yellow and blue colors, with a hint of black on red variant. Meanwhile, the sticker on black variant is mix of red, blue and green with border of white.

The Honda CD70 is considered as most famous bike in Pakistan among common masses. The bike is popular for its low fuel consumption, low maintenance cost and  easy availability of parts. Another major reason of this bike’s popularity is absence of competition in local market.

However, the company has not made any major changes in the shape or material of the bike.

This was not the first time, company had hiked the prices of its bikes. Atlas Honda took the same step in July 2020, when price of Honda CD70 was hiked by Rs14,00.