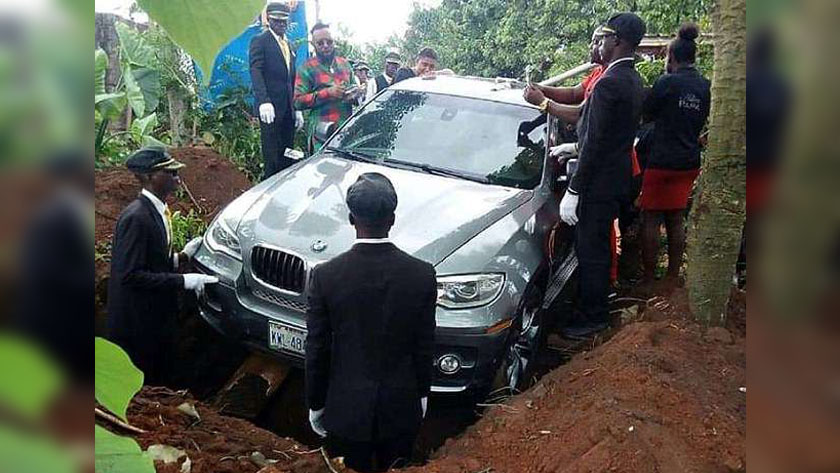 Nigerian man buries his father in a BMW

Many people around the globe after death are buried in different unique styles, some wish to be buried with their favourite dress while some with other belongings. And now a Nigerian man has been buried in a brand new BMW car. As per a foreign media outlet, the wealthy son of the deceased Nigerian man, identified only as Azubuike, promised his dad to get him a brand new luxury car.

Read Also: Chinese man buried in his Sonata as his dying wish

And now after the death of his father, he bought a brand new BMW car worth £66,000 and placed the body of his father inside the car and buried him. The photo of burying the man with a BMW SUV has gone viral on social sites and received mixed reactions from people. Some are saying that he sent his father with grand style while others are criticizing his actions. The ones who are criticising his actions are arguing that its a waste of money and he should have given the car when his father was alive, what is the point of doing all this as now he is dead, the people argued  on social sites. 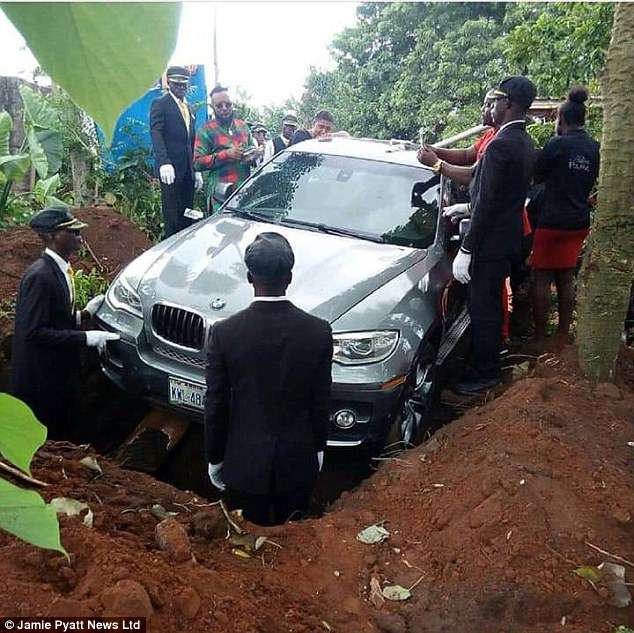 Locals have equipped the car with satellite navigation system in a belief that the deceased will find his way to heavens.

Aside from Nigerian man buried in BMW car, a few days back a Chinese man was also buried in his beloved silver Hyundai Sonata as his dying wish.

Let us know what you think about the incident in the comments section below.