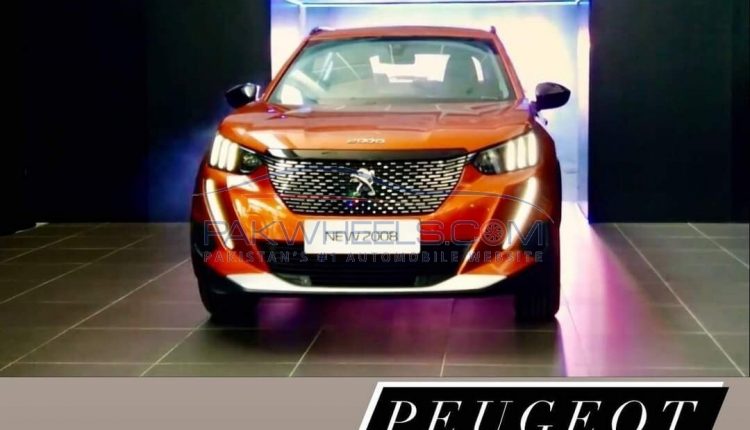 Official Specs and Features of Peugeot 2008

Both Peugeot 2008 variants are powered with a 1.2L turbocharged engine that produces 130 horsepower and 230 Nm of torque. The engine is mated with 6-speed automatic transmission. There are three drive modes: Normal, Sports, and Eco.

Since Peugeot 2008 is the first European car in Pakistan, its overall looks are unique for our market. The front has beautiful LED headlights with DRLs. The headlights and DRLs in the Allure variant have a distinctive 3-claw design that are automatically turned on in the dark.

If buyers are drawn to the striking looks of Peugeot 2008, the car’s interior will seal the deal. Features such as push start system with smart entry, automatic central door locking, wireless trunk door key, 6-way manually adjustable front seats with armrest, electric power steering with height and angle adjustment, 7-inch touchscreen with Bluetooth and smartphone connectivity, and auto climate control are standard in both variants. 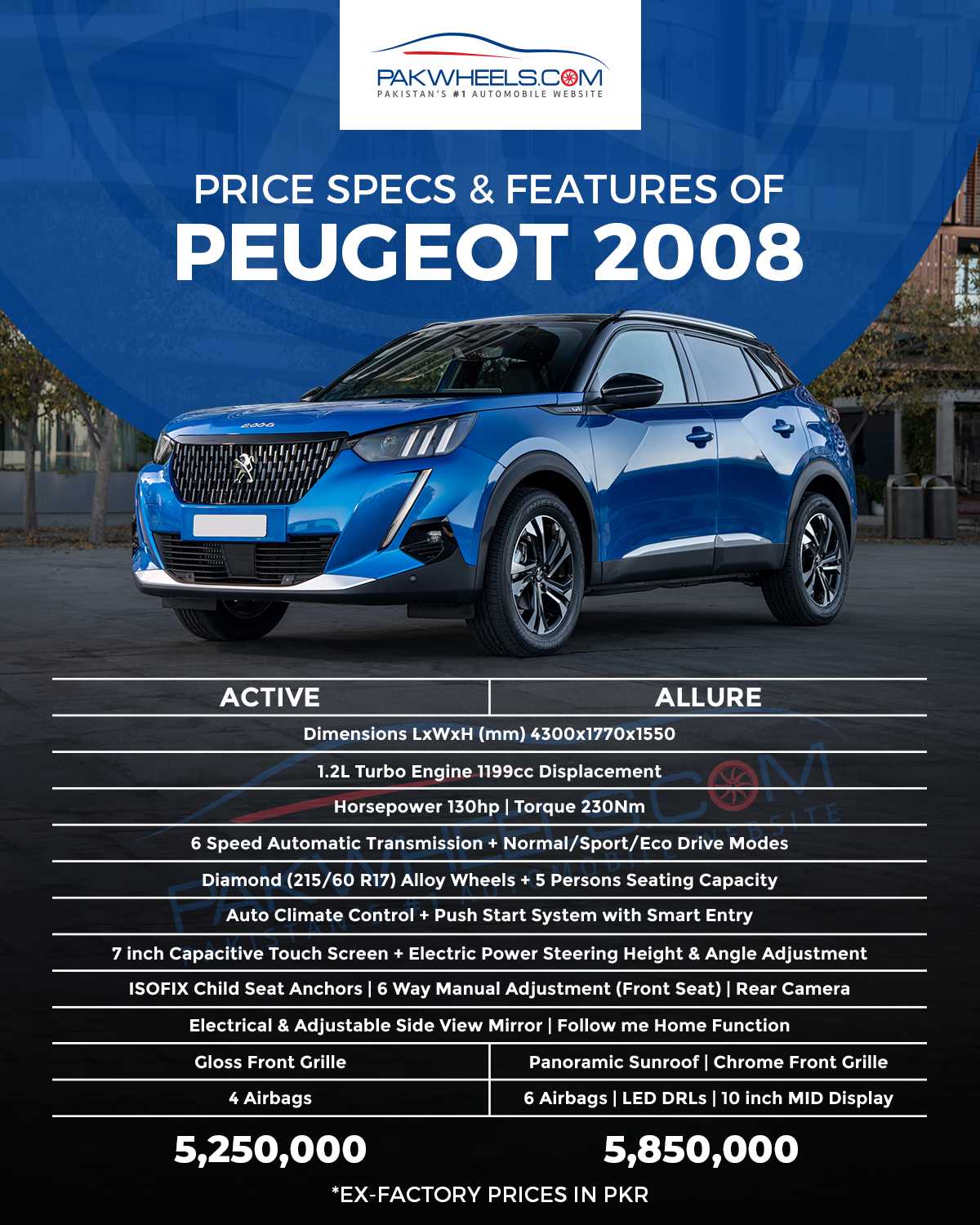 Lucky Motors has priced the new B-segment crossover even more than its own C-segment hot-seller, the KIA Sportage. Not sure if that’s a stupid or a power move by the company; only time will tell.

How did you find the specs and features of Peugeot 2008? What do you think of the pricing? Let us know in the comments.