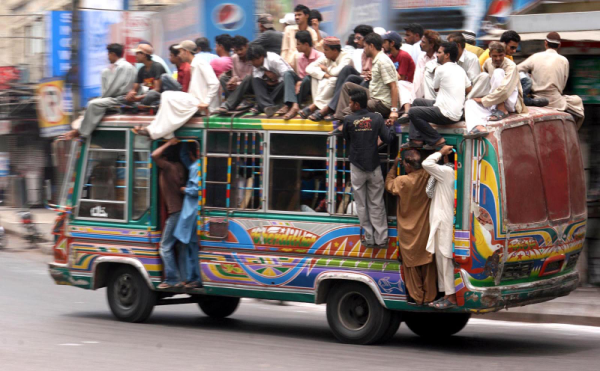 KARACHI: In spite of the historic reduction in fuel prices, the transporters have announced that they will reduce the fares in Karachi by one rupee only.

Irshad Bukhari emphasized that the fares in Karachi are already lowest when compared to the other cities and the government is discriminating against KTI,

“Fares were reduced in 2012 after a fall in CNG prices but now they are asking us to reduce fares after a decrease in petrol prices,” Bukhari further added.

Mumtaz Jakhrani said strict actions will be taken against violators of the reduction. He also mentioned that a crackdown against Qingqi rickshaws is also in the pipeline and the Qingqis will be banned in the metropolitan.

Keep in mind that the transporters charge fares based on the prices of diesel, but most of them run their buses on CNG, which costs significantly lower than diesel. The price of CNG is Rs. 71.5/kg in Karachi, whereas the diesel sells for Rs. 101.21/liter.

Kawasaki H2R – The most powerful bike