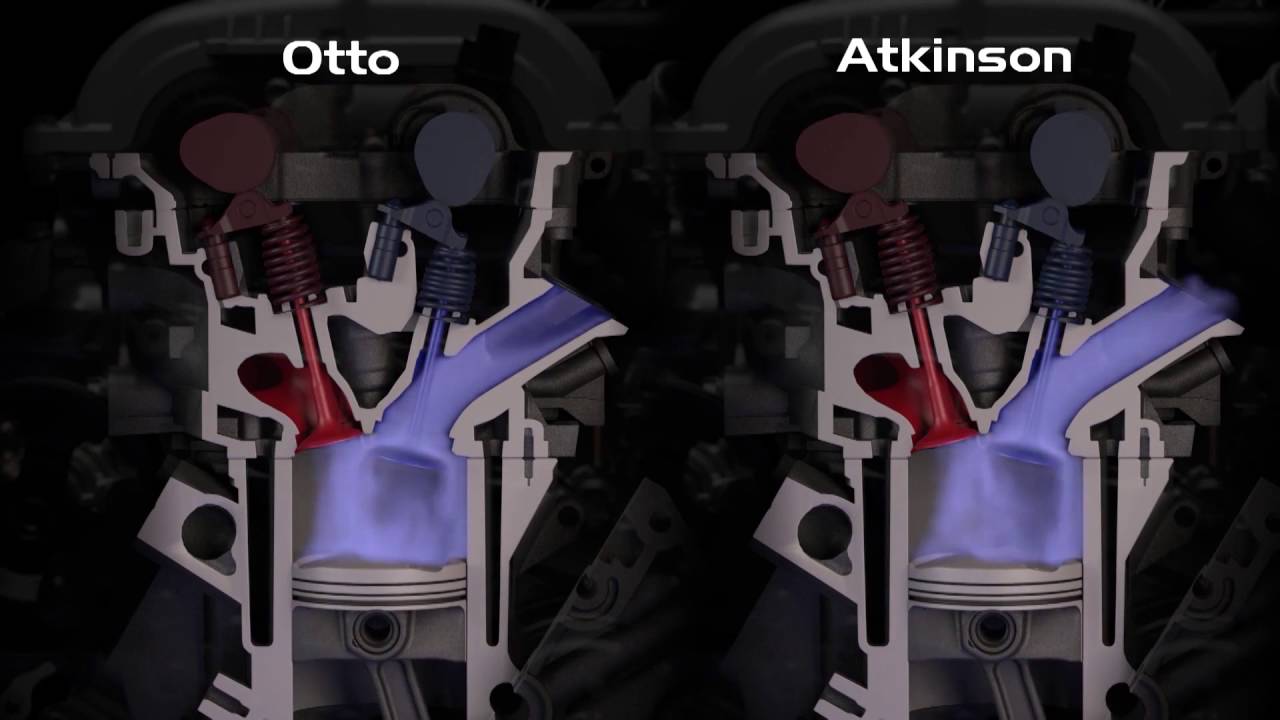 Otto vs Atkinson Cycle Engines: What’s the difference and their applications

We all love hybrid cars, but not many might know that the engine in hybrid cars like Toyota Prius works on a slightly different principal than conventional engine powered cars like your Pakistani Toyota Corolla. We all know that an engine, piston or rotor, needs to complete a cycle to make and deliver power. There are two primary types of cycles;

Hybrids like the Prius use Atkinson cycle to power their internal combustion engines. But what are the differences and how they operate, let’s take a look.

The cycle on which most of our cars run is the Otto cycle. It is the idealized thermodynamic cycle utilized by most spark ignition systems. For a 4 stroke engine, the engine produces power for two revolutions of the crank shaft as shown by the valve timing chart below: 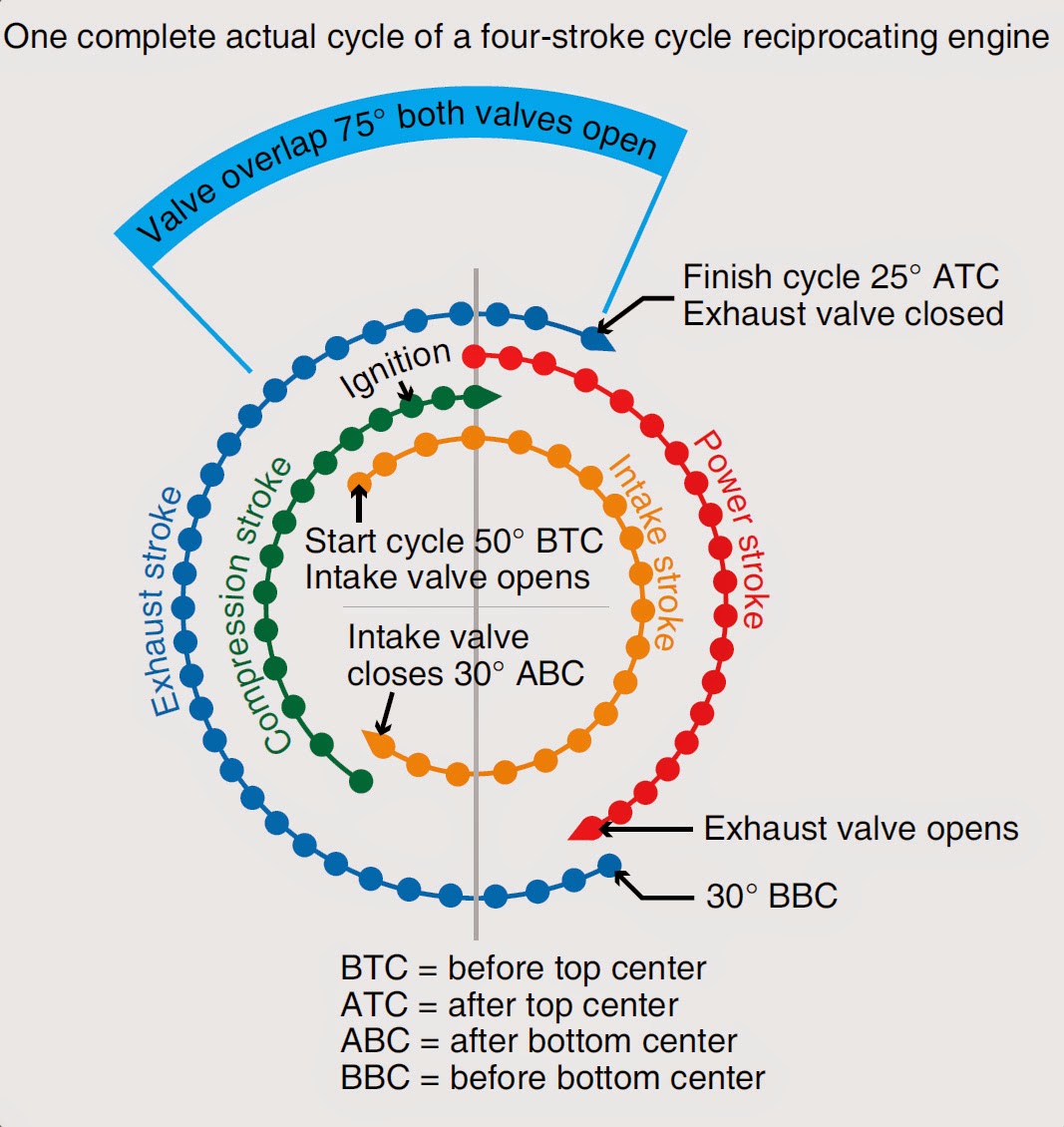 For an Otto cycle, there are 4 strokes; 2 strokes per crank shaft revolution:

This process can be explained by the graph below: 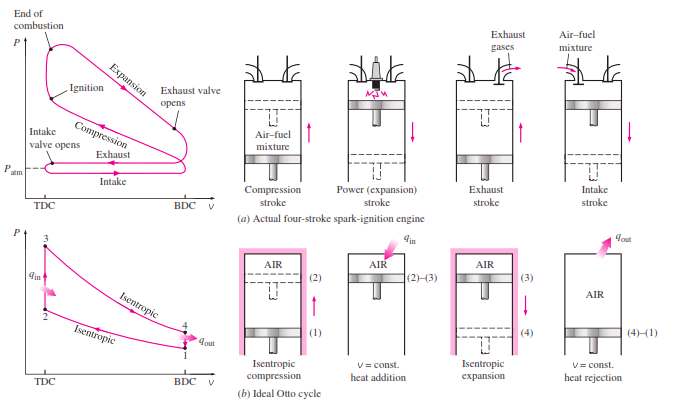 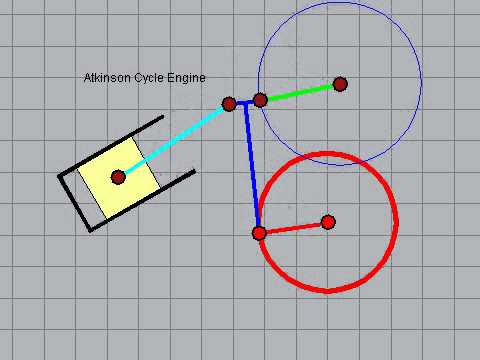 The Otto cycle might seem like a perfect cycle to utilize in engines but surprising enough, it is not. Over the years engineers have tried to increase the efficiency of the engines with lower fuel consumption. While such an idea seems absurd, one such scientist James Atkinson invented just that. He developed a cycle known as Atkinson cycle which incorporated all four strokes of an engine in just one revolution of the crank shaft using linkages. A basic model can be seen on the right here:

What Atkinson did is that he lowered the compression stroke of the engine whereas increasing the power stroke. This meant attaining more efficiency since:

But the question arises that less fuel means less power right? Well you are probably right because an Atkinson cycle produces about 30% less power than an Otto cycle. And to counter that, electric motors are used to give an initial push until the cycle can be used. Toyota makes its Atkinson cycle engine stop in mid compression cycle to help in the startup next time when you turn the engine on. This thing also applies to engine’s start-stop feature.

This mechanism is mostly used in hybrid vehicles where an Atkinson cycle cannot be used to start the car from rest and electric motors drive the car initially. Afterwards, the cycle takes over and hence less fuel is consumed to run the car. This means more economy and that is the reason hybrid cars use less fuel and give more mileage!

An ideal Atkinson cycle is shown below: 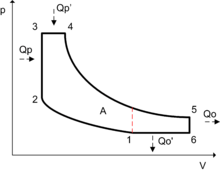 The Atkinson cycle has a lot of parts that are tricky to assemble. Plus it is expensive as can be seen when buying hybrid cars.

We hope you have learned something new today. Until next time, happy motoring!

BREAKING: Volkswagen is coming to Pakistan