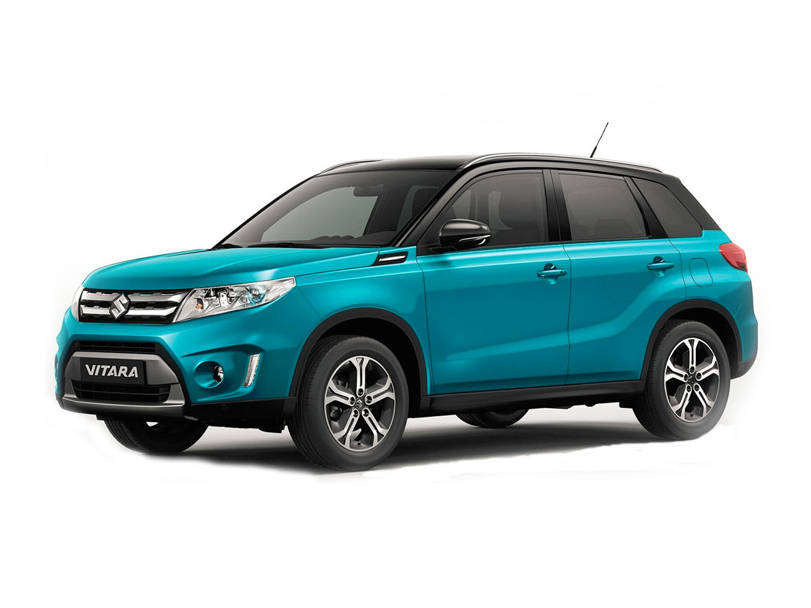 Amid all the chaos in the local auto industry, Pak Suzuki has increased the rate of its VITARA GLX version by PKR 560,000.

As per the circular, which has company sent to its dealers across Pakistan, the new rate of the car exclusive of advance income tax is PKR 5,550,000. Note that the new price will come into effect from 1 October 2019. See the circular below: 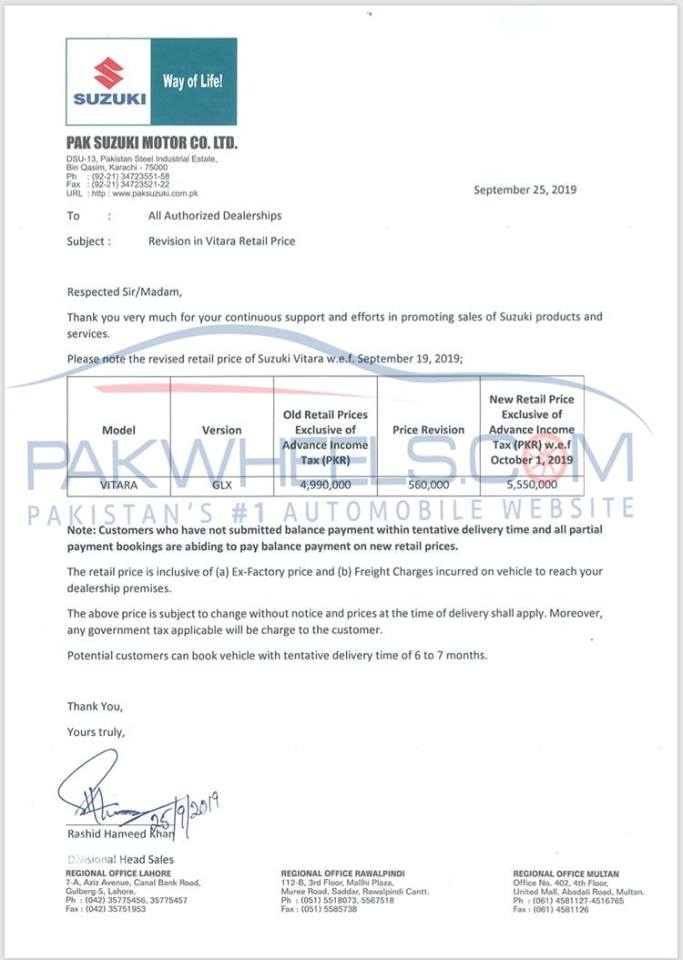 The company has not disclosed any reason whatsoever as to why it has increased the rate. However, it is imperative to mention here that a few days back, Pak Suzuki suspended the booking of its cars due to poor sales. Suzuki’s sales have gone down by 56.15% in August 2019 as compared to its corresponding period last year. The hot-selling Wagon R has suffered the most in the recent few months, and this time it records a drop of massive 73.67% in the period under review.

The company could only manage to sell 645 units in comparison with 2450 units in the corresponding period last year.

Aside from poor sales and increasing the rate of VITARA, Pak Suzuki has introduced 4th generation Jimny in the market to attract customers. The company is also eyeing to launch automatic Wagon R for its customers in Pakistan. There are reports circulating that all local automakers in the coming days will increase the rates of their products.

Tell us what you think about automakers eyeing to increase the prices of their cars in the coming days in the comments section below.