Pakistani cars and safety are like the North and South Poles of a magnet, you do not expect them to be together. In a country where most people ride bikes without helmets and people install used tires in their cars, where the standard safety features are considered a luxury rather than a necessity; we cannot blame the auto manufacturers for their ignorance about the safety features in the cars. They give us what we demand, not what we deserve. The average customer of these manufacturers demands resale and cheap maintenance of the car. In reality, cheap maintenance means substandard parts, which are produced using extreme cost saving measures, neglecting the safety and durability aspect of them, at least here in Pakistan, but Pakistan is not alone…

What I am about to tell you might amuse you a little. Our bordering country, which is miles ahead of us in car technology and available options is not far behind in the safety aspects. As part of a Global New Car Assessment Program (NCAP) initiative, some Indian manufacturers were subjected to frontal crash tests for their vehicles, and guess what? They failed miserably.

Bharat NCAP, which is a recently established safety body to benefit the fifth largest global car market conducted tests on Datsun Go – the first car launched by Datsun after Nissan revived it in 2012 and Maruti Suzuki Swift, which needs no introduction.

The Datsun collapsed completely as if it were made with plastic at a speed of 64 kmph, the airbags did not deploy, because it offers none. It was a horrible sight to see and after watching the video I thanked God that He did not make me a car crash dummy. The Maruti Suzuki Swift met the same fate. The only difference is you can have airbags on the Swift. It is offered as an “option”. Both of the cars were given ZERO Start Safety Rating. 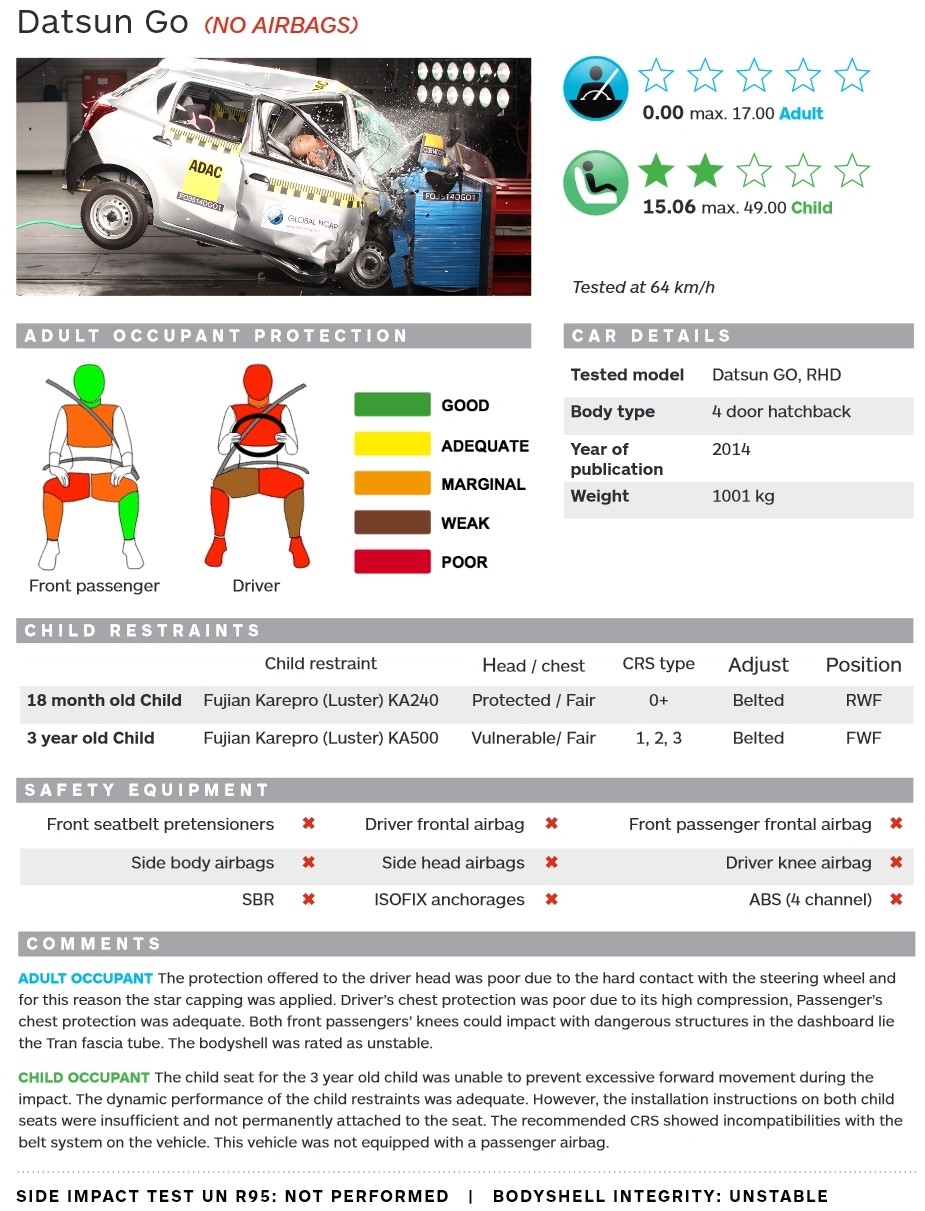 The cars could not withstand the impact on city speeds like 60 kmph, just imagine what would happen to these cars and the passengers inside if God forbid they get involved in an accident on highways where the average speeds are 100+ kmph?

You can get a better idea of what I am saying by watching the videos below:

Audi teases the future of its design