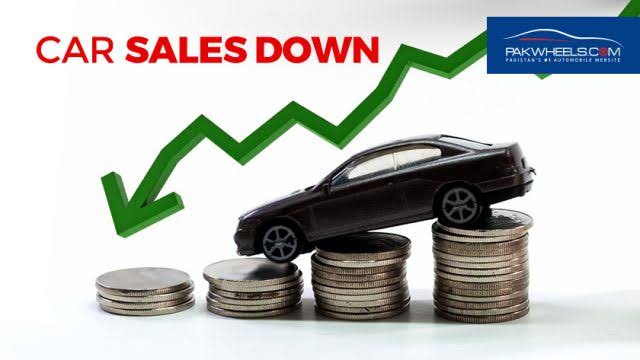 The auto sales around the world have been rather sluggish in the recent past owing to various reasons depending upon the country of origin. In comparison to other huge automobile markets, Pakistan is relatively smaller, and that too, for several reasons, has been in crisis for over a year now. The sales of automobiles in the local industry have plunged so drastically that the major auto manufacturers in the country are forced to halt their productions, thus resulting in a threatening situation for the sector. Perhaps things are not quite different in other larger auto markets such as China, the United States, India, UK, etc. as sales have rather been recorded on the lower side for some time now. As far as the crisis in the auto industry of Pakistan is concerned, the economic situation has left a huge impact on the car prices in the country. The local currency has depreciated massively against the US dollar for over the past year, and it’s of great concern that the car prices in the country largely depend on the exchange rate. A large proportion of a car manufactured in Pakistan is imported from other countries in the shape of auto parts or raw material used to make these parts. When the value of rupee drops, the prices automatically observe a tremendous increase. Of all, the most worrying part of the story is the fact that the crisis period has extended indefinitely, and no improvement is anticipated anytime soon. The government of Pakistan played its part in denting the auto sector further by imposing additional taxes on locally produced cars. Combining all the negatives, the auto industry went deep down the mud as car prices are no more affordable for the masses. In only the first quarter of the fiscal year 2019-20, car sales in the country have gone down by almost 39% as compared to its corresponding period last year.

Toyota and Honda, along with Suzuki, are the three major auto players operating for decades in the country. Spare the new entrants; even these existing ones are facing a challenging situation to counter in the current economic contraction period. The auto manufacturers are operating at half of their production capacity as they fail to clear their piled-up inventories. The car imports have already been discouraged by the authorities to help the local sector grow and reduce the pressure on the import bill. It means the consumers are left with no choice because even an entrant level car has now become a luxury to afford. Nonetheless, the used car market has witnessed significant growth in this tenure.

On the other hand, the auto market of India is also facing similar sort of situation as the stats released by the Society of Indian Automobile Manufacturers (SIAM) reveals that the passenger car sales have dropped by 23.5% between April and September 2019 as compared to its corresponding period in 2018. However, the country’s exports of cars increased by 4.4% in this period as the top auto companies, including Hyundai Motor India, Maruti Suzuki and Ford continue to make progress. Unlike Pakistan, the automakers in India are offering large discounts and several consumer incentives to revamp the sales figures. However, Maruti Suzuki India is also reported to have reduced its production by nearly 34% during August 2019, followed by 18% in September 2019 as its sales dipped by nearly 17% this month. Being the country’s largest carmaker, it’s the eighth consecutive month for the company with reduced production. Similarly, Tata Motors also observed a drop of 63% in its production during September 2019, which suggests the auto industry of India is going through a bumpy road as well.

In other global markets such as the UK, car sales haven’t been up to the expectations for quite some time now. The trade tensions between the largest auto markets of China and the US, accompanied by tough environmental control restrictions and uncertainty about the arrival of electric cars has been the primary cause of the slowdown process. The month of September was expected to observe a significant rise in car sales but didn’t quite happen. According to the Society of Motor Manufacturers and Traders (SMMT), car sales have declined by 2.5% in the first nine months of 2019. However, car sales have certainly recovered in other European markets such as Germany and Spain for whom the month of September yielded a rise of 22% and 18% respectively. The sales of electric cars are gaining massively, which represents the future of the global auto industry. Moreover, the new low-emission regulations in the UK have resulted in disqualifying hybrid models in the country.

The car sales in the US have also been dented in recent past, particularly the Japanese auto giants Toyota, Honda, and Nissan recorded a drop of 16%, 14%, and 17% in their sales during September 2019 on year on year basis. It’s much higher than anticipated by the analysts and has resulted in shrinking the profit margins of the global auto players. Even the US-based Tesla suffered a massive blow of 39% decline in its revenues during the third quarter of the ongoing year. However, it’s currently focusing on other larger markets such as China, where it recently received certification to start production. Overall, the major automakers in the US recorded a double-digit drop in sales during September 2019. Hyundai and Subaru’s sales roughly fell by 9% while the top US automakers also reported having suffered in this period. The top auto manufacturers in the US include General Motors, Ford, and Fiat Chrysler. These auto giants reveal sales stats quarterly, and according to Automotive Data Centre estimates, the car sales of General Motors increased by approximately 6%, decreased by 5% for Ford while remained almost the same for Fiat Chrysler on year on year basis.

The largest auto market in the world is referred to as China, but currently, it seems to be in deep waters as well. For over the last 15 months, car sales have been on the lower side in China, which is a certainly alarming situation for the country. According to the data released by the China Association of Automobile Manufacturers (CAAM), the auto sales plunged by 5.2% during the month of September 2019 as compared to the same period last year. As many as 2.27 million vehicles were sold in the country during this period. In the previous months of July and August, the sales declined by 4.3% and 6.9%, respectively. It is also worthy to mention here that the month of September and October are considered as Golden and Silver for the auto sector of China. The sales in these two months are usually on the higher side as the customers make maximum purchases during this part of the year. However, the Golden September hasn’t been gold this year, and the same is anticipated for Silver October. This situation of declining sales has been primarily due to the implementation of new vehicle emission standards by the central government in as many as 15 cities and provinces of China that contribute to over 60% of car sales in the country.

The global auto markets are expected to recover soon as there is a lot of potential regarding electric mobility in other countries. All the developed countries are moving towards new emission standards to encounter rising environmental issues. On the contrary, the auto sector of Pakistan may not get the required push any time soon. Generally, the car sales stay on the lower side towards the back end of the year, and the same is expected to happen this time around as well.

That’s it from our side, drop your thoughts and suggestions in the comments section below. What do you think the Government of Pakistan should do to revive the auto industry of Pakistan?

Stay tuned to PakWheels.com to know all the automotive-related news whether it is from the local or international auto industry.

Always fasten your seatbelt while driving your car to stay safe.