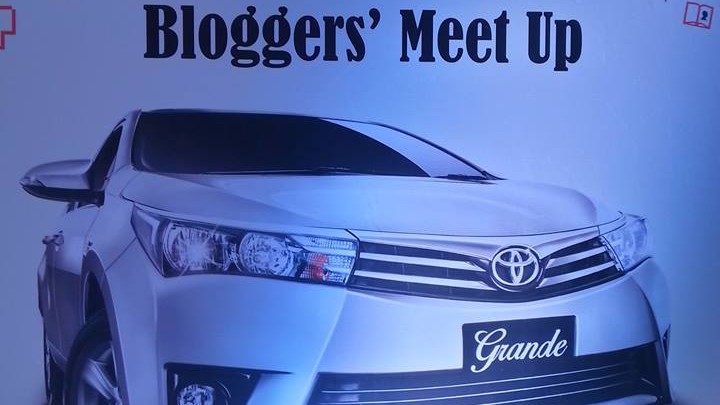 The bloggers’ team of Pakwheels in Karachi was invited at the ‘Toyota Bloggers’ Meetup‘, an event that provided us the rear opportunity to visit Indus Motor Corporation (IMC) plant where the best selling car of Pakistan comes into life with nothing but bits and bobs of sheet metal. The event overall was a good one. Pakwheels got a chance to not only view the assembly of cars and to test drive couple of their vehicles, but to also talk about the upcoming goals of Toyota Pakistan with senior management of the company. 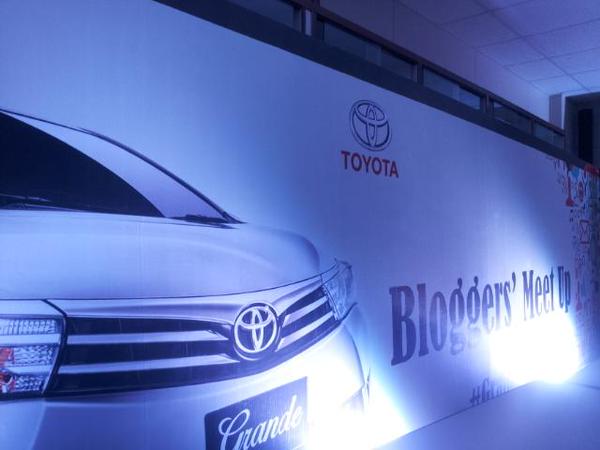 The event was to start at 1200 hours but the cars that were supposed to pick us up were late and we reached IMC in Port Qasim at 1300 hours. We didn’t miss much; just the National Anthem and a bit of intro of the presentation. That would’ve been boring anyways. After we were done with the lunch, we went back to the assembly hall. Then the host announced the plant tour and the bloggers were divided into three teams; Yellow, Green and Blue, depending on the color of name tags we were wearing. Two Toyota officials were assigned to each group who would lead the tour.

The tour consisted of different processes present in the making of a car that are carried out in different shops. The assembly line was the best part where we saw all the different parts of the car coming together to make a single car engineered very close to perfection. The sight was mesmerizing for an auto-enthusiast like me. The plant had a heavenly smell of, machines working in the shops, new seats and plastics and new cars being tested before delivery. This testing requires high revving a new engine and the light smell of a burning new engine just can’t be described in words. The paintshop was state of the art where latest tech is used to paint the shell of the car. Each process had calculated time of finish and stringent quality confirmation checklist. 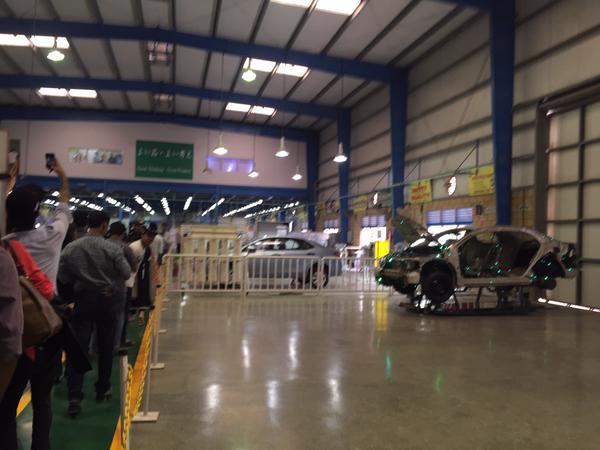 After the tour, we were back to the assembly hall and the General Manager Marketing & Planning Mr. Taimur Ahmed gave us a short presentation about the current position of Toyota and their future goals. Soon the presentation ended and we were all taken to test drive the new Toyota Corolla Altis Grande and Toyota Fortuner. The bloggers were pretty excited for a test drive but their excitement was soon brought down when the official asked for a valid driver’s license. Also we would have appreciated a larger test track and a slight liberty to press the race pedal a bit more than what was allowed. The ones with a license, test drove the cars while others were allowed to take the passenger seats in the cars.

The presence of Pakwheels was appreciated by the bloggers and organizers alike. One blogger even went out to appreciate our resident subeditor as a BEAUTY in white Toyota Fortuner.

Soon the test drives were over and all the bloggers, including us, were taken to Marina Club for the cruise dinner. The food was good and the ambiance was great. Toyota also arranged for a singer and an acoustic guitar player to liven up the evening. The bloggers also joined the singer who was singing old Pakistani songs by Strings and Vital Signs. The dinner was soon over and all the bloggers were handed giveaways by Toyota which included a Toyota Indus t-shirt, a mug, a wallet, a pen and a Toyota key chain. 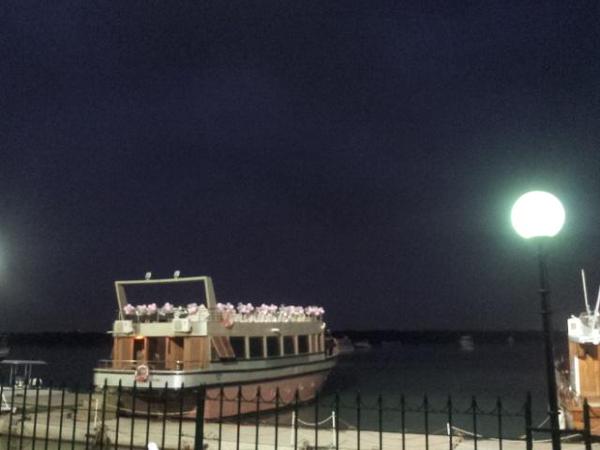 Overall, it was a good experience. We, sometimes, like to dish dirt at our local industry, auto or otherwise. Sometimes we deserve it, but sometimes, it is good to hear from them as well. It was a small step from IMC to tell folks like us that how cogs of a mulit-billion rupee industry spin and sometimes it is good to get the story of the other side as well.

PakWheels Video Tutorial: How To Wash Your Car Properly