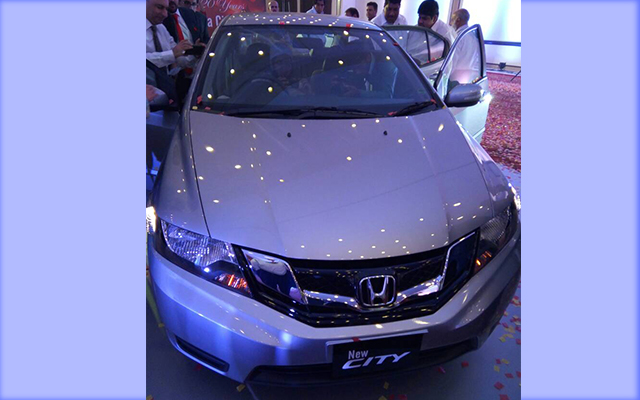 On 17th April 2017, Honda Atlas introduced a facelifted Honda City in Pakistan. The company marked off this launch at the 20th anniversary of Honda City in Pakistan. The new model was introduced with a price increase of 10,000 rupees along with some minor cosmetic upgrades and a (new) standard audio unit. Extras included an (optional) immobilizer. The consumers though are reluctant to accept this car, after 10 days of its launch. Social is full of criticism and sarcasm aimed at Honda Atlas. 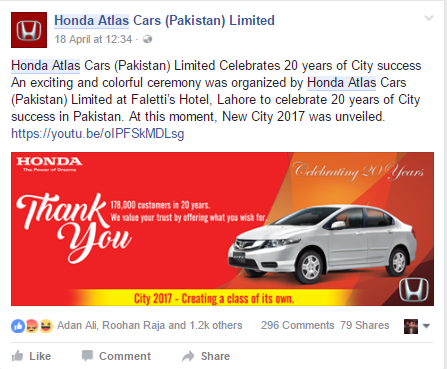 Honda City’s current shape was introduced in 2009 and since then it has generated a major revenue for the company. Let’ not forget this car has remained constant from the past eight years. So consider its longevity for a moment and I believe you will be able to understand the sarcastic remarks and angry jibes off the customers regarding this 2017 Honda City. 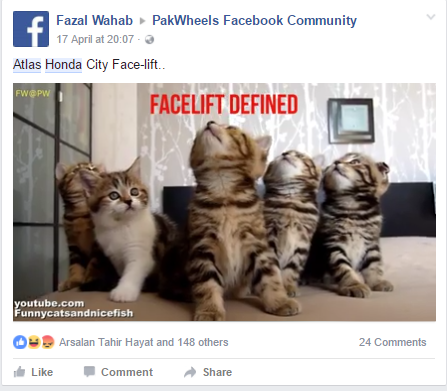 Nothing’s wrong with the car, Honda Atlas just needs to let go of this shape 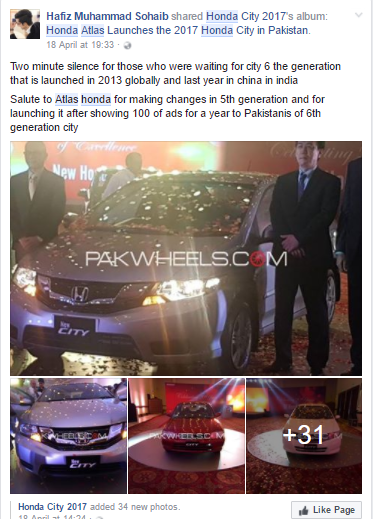 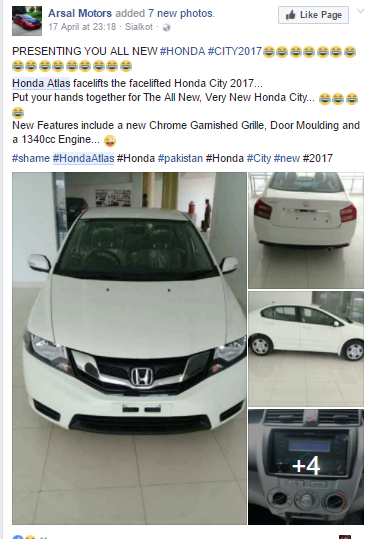 The Disappointment is Clear as a Sunny Sky! 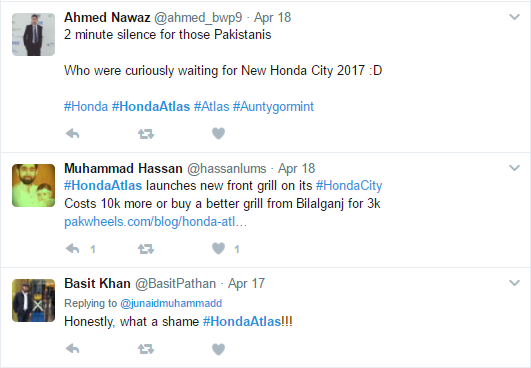 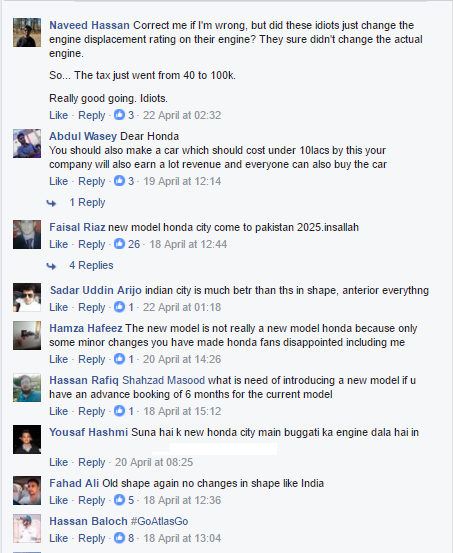 Uber Comes to Islamabad with a Promotion of Five Free Rides