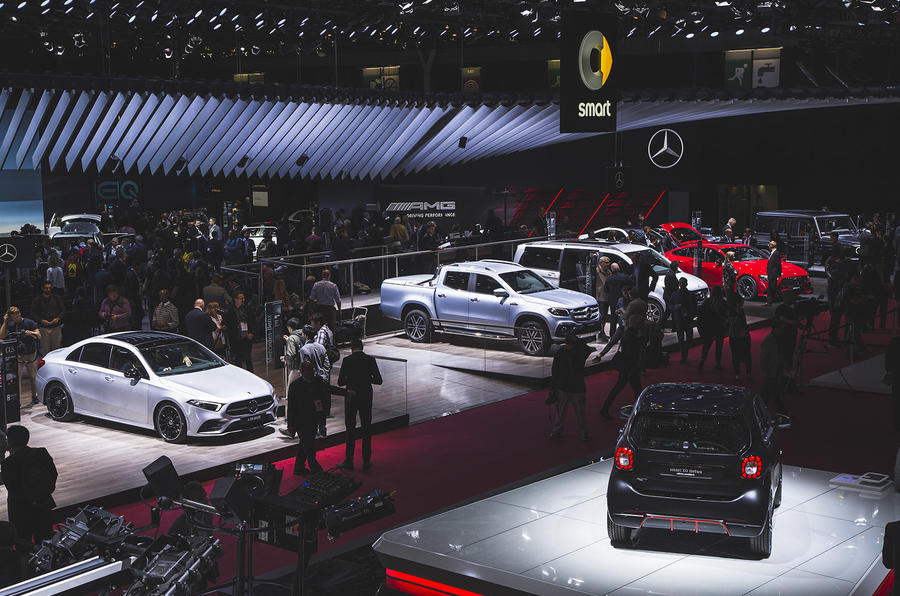 The busiest automotive show in the world has come to an end in Paris with its ultimate revolutionary technology cars on display. Paris motor show stunned many visitors around the world. There were plenty of cars displayed at the motor show that attract the attention of the people around the world. Among them, a few concept cars were displayed that are considered to be the forerunners to upcoming models. The future of the automobile industry is very much clear through the eye of Paris motor show 2018. The glimpses of revolution in technology have come through the concept cars that were displayed at the biggest event of the year. Among these concept cars, there were a few of them everyone had an eye on. Let’s take a look at these breathtaking cars.

Previously, BMW revealed their all-electric vehicle iX3 at China auto show 2018 in Beijing. Now it had been brought to the Paris motor show for a spectacular display. The BMW iX3 is an all-electric SUV that is expected to make its way to the market in 2020. BMW iX3 will be the electric version of its SUV range X3. The company has finalized its plan to launch the all-new iX3 in 2020. With its extremely compact design, the all-new iX3 will have prominent and distinguished features comprising of the electric motor, transmission and power electronics as a single component. BMW offers a maximum output of 200 kW/270hp in its all-new electric SUV. The SUV is equipped with a stunning 70 kWh model-specific high-voltage battery which is claimed to cover a distance of more than 400 km. The unique and spectacular features of BMW iX3 make it the most awaited SUV, launching in 2020.

Paris motor show 2018 was all enlightened with the presence of Mercedes-Benz Vision EQ Silver Arrow. This concept car is inspired by the historic 1937 W125 Silver Arrow and considered as a terrific teaser to the electric cars of the future. The car automatically captures the attention with its exaggerated and smooth shape and design. Instead of applying any paint to its aluminum body, it is finished with multiple layers of ‘alubeam silver’ that provides the liquid metal look to the car. Mercedes-Benz claims an outstanding 550kW/750hp output from this particular model of the electric motor equipped concept car. On top of that, a claim of achieving an acceleration of 0-60 mph in just 2 seconds seems something too exciting. Moreover, the company claims a theoretical range of 400 km from this exciting car that promises to leave a lasting impression.

A concept SUV of a plug-in hybrid version of the electric vehicle was showcased at the Paris motor show 2018 by Citroën. This is the first low emission vehicle introduced by the brand till date. Citroën C5 Aircross provides the potential buyers a sensational opportunity to combine the electric driving benefits with the internal combustion engine at the same time. The new Citroën C5 is all set to land in 2020 with a PureTech 180 (Euro 6.3) internal combustion engine along with an 80kW/109hp capacity electric motor. The whole mechanism is paired with an 8-speed automatic gearbox. The hybrid property of this unique SUV by Citroën makes it a top choice of potential buyers. The theoretical range of this vehicle is claimed to be no more than 50 km at a maximum speed of 135 km/h when driven at the electric mode with no involvement of a gasoline engine. 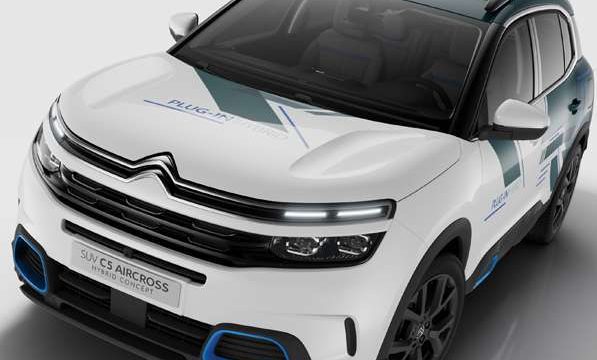 Peugeot E-Legend made the Paris motor show 2018 even more exciting with its sensational looks and features. The concept car of E-Legend has been on display in Peugeot’s booth throughout the event. Peugeot E-Legend is actually inspired by the old-school 504 Coupe. The updated aesthetics of this marvelous car make it look stunning and eye-capturing. In the absence of a combustion engine, this car is equipped with an electric motor of 335kW/456hp capacity that comes along with 100 kWh batteries set. The concept car theoretically achieves a speed of 62 mph in just less than 4 seconds running entirely on the electric motor. According to the European-standard estimates, Peugeot E-Legend has an ability to cover about 373 miles in a single charge. Furthermore, it is provided with four different driving modes that allow the user to shift between autonomous and manual driving styles. 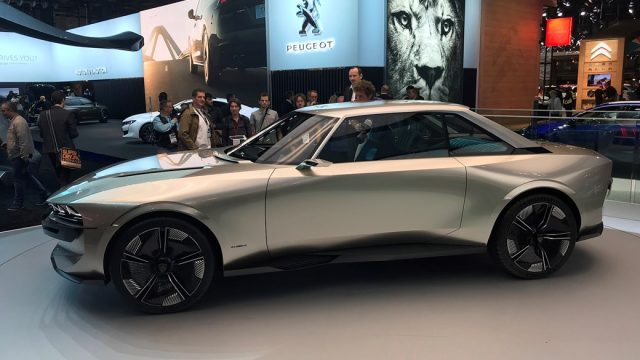 Paris motor show 2018 was certainly an exciting prospect for everyone around the world with a number of world-class top brands displaying their future concept cars as well. These concept cars very well determine the future of electric vehicles with the revolutionary technology that will help in reducing the carbon emissions into the atmosphere.

Let us know your opinions in the comments section below.