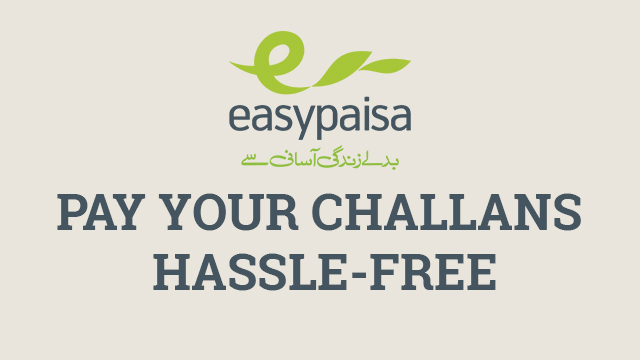 Ever since the invention of Easypaisa, a service provided by Telenor, transfer of money and payment of the utility bills has become less of a hassle for the people.

Through this system, if someone violates the traffic rules, he/she would have an option to pay their Challans in KPK through any Easypaisa shop present in the region.

HOW TO PAY TRAFFIC CHALLAN THROUGH EASYPAISA

This is an effective service which is providing the residents of KPK an easy way to pay off their traffic fines even if it’s a holiday. The service is so far doing well as it’s the first time that any Government Department is getting involved in branch-less banking. This service has proved to be very effective as it is saves a lot of time and hassle.

Additionally, this procedure is quite helpful for Traffic Police Department of KPK for maintaining a proper record of the traffic violators. The service allows them to cut the cost as they don’t need to manage any paperwork, while the other major benefit of the entire process is that paying Challans through branch-less banking will minimize, if not eliminate, the corruption and other malpractices of the Traffic Police Department.

Easypaisa is putting in their best efforts along with the government bodies to expand the service and make it countrywide through the vast network of Easypaisa service providers present in all the small and big cities of Pakistan.