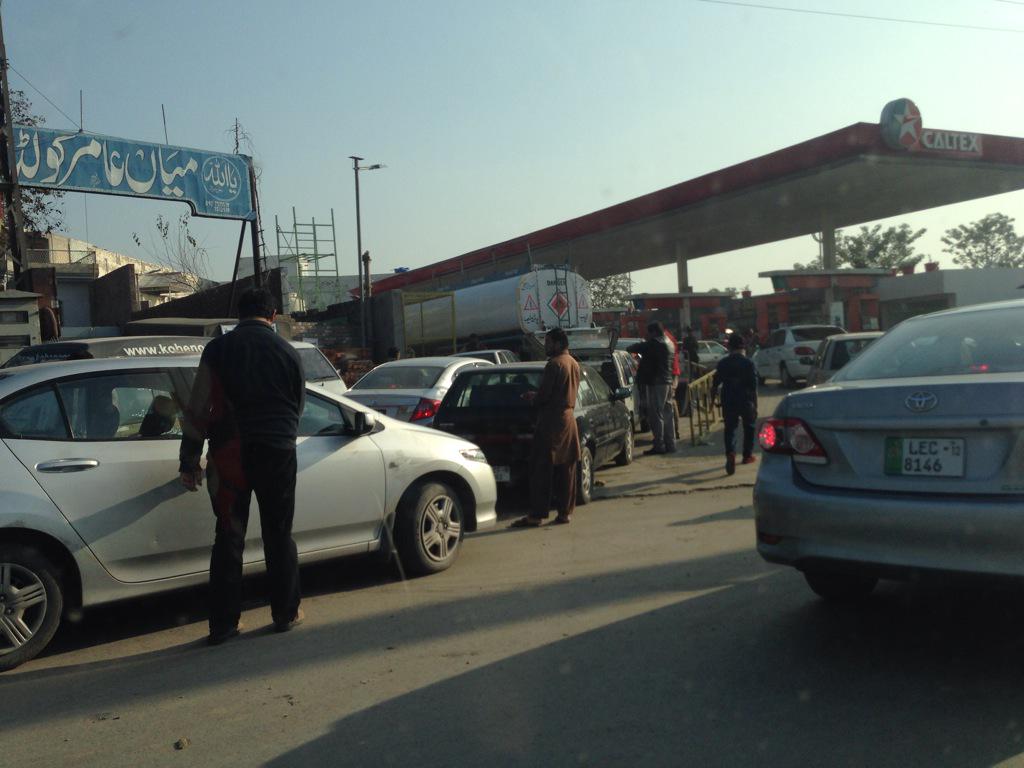 LAHORE: The administration of Punjab failed once again when it could not sort our the prevailing fuel shortage which has caused serious nuisance to the residents of Lahore and surrounding areas.

According to various sources, the fuel shortage started after a sharp decrease in fuel prices. Keep in mind that due to winters, CNG has been closed for 4 months in the province.

Fog in Punjab is also attributed to the problem as trucks carrying fuel face difficulty reaching their destinations on time, resulting in a demand-supply gap.

Majority of fuel stations are closed in the city, while the ones which are open, have long queues spanning several kilometers. The fuel shortage has really upset the routines of the people of Lahore who have to spend their workdays standing in long lines to get fuel. The situation is like that for the last two days in the city.

Khawaja Asif, the Minister of Petroleum and Natural Resources said it would take another 5 days for the shortage of petrol in Lahore and rest of the province to improve.

This que is not for CNG . It is for filling of petrol (@ PSO Petrol Pump in Lahore, Punjab) https://t.co/qCNOJ7rdjC pic.twitter.com/sYN8C1EZFR