Lahore High Court (LHC), in a landmark decision, has directed the city traffic officer (CTO) to start enforcing the condition of wearing a helmet on pillion riders from 1st December 2018.

As per the details, the court has ordered to go after the violators without any kind of discrimination. It has directed the authorities to implement traffic rules and regulations with full force. Challans will be issued to the violators in the regard. Earlier, the judge of Lahore High Court (LHC), Ali Akbar Qureshi ordered the authorities to go after pillion riders who do not wear a helmet; whether the pillion is a man, woman, child or elderly.

Moreover, the court also ordered to issue tickets to bikers who don’t put side mirrors on their bikes. Chief Operating Officer told the court that after the implementation of e-challan, the traffic violations in the city have been decreased. 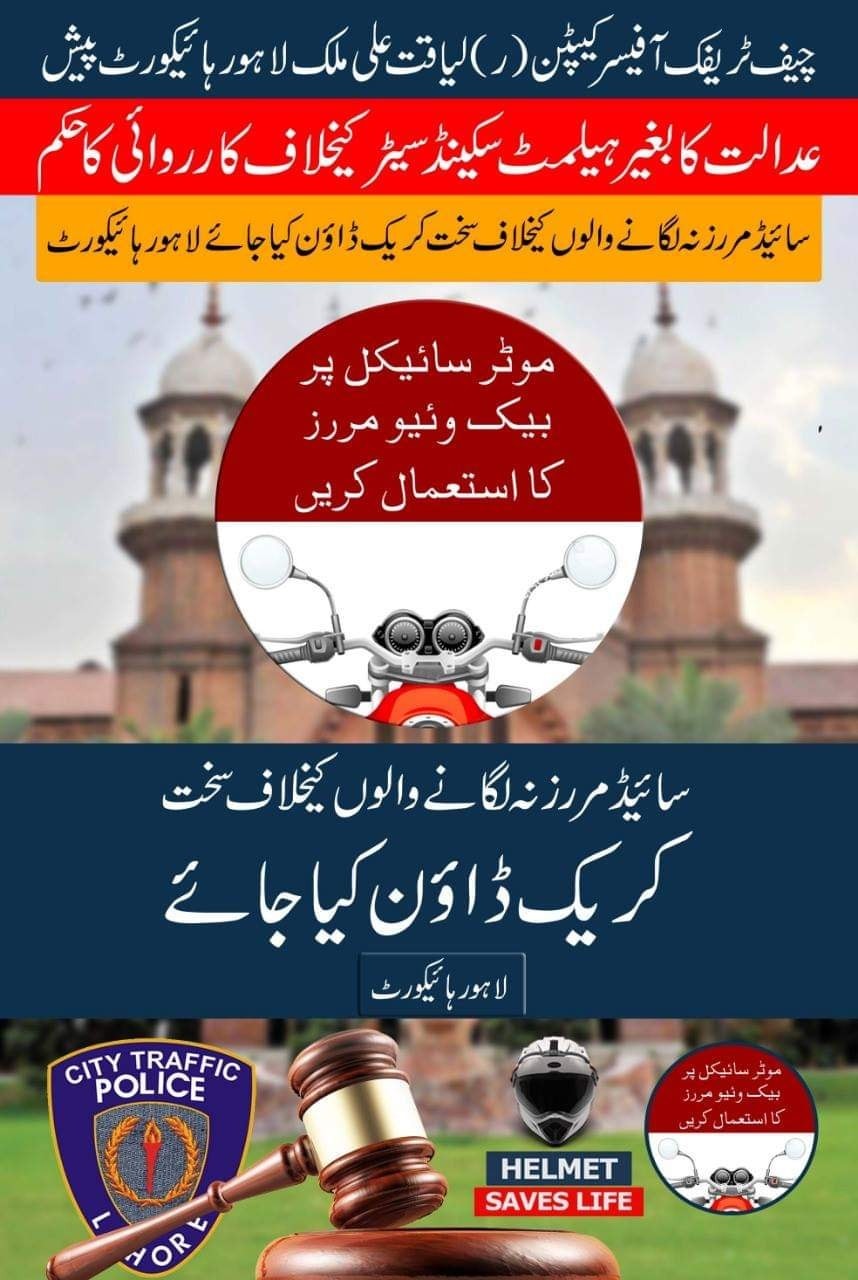 The court has lauded the performance of the traffic authority and directed it to do good in the future as well. It is to be noted here that the traffic police of Lahore is not letting underage drivers drive through the city, as it is not only dangerous for their own sake, but for others as well. Furthermore, as per the court’s orders, Labour or Construction caps will not be considered as helmets and tickets will be issued if someone found wearing it.

Apart from this, Punjab Safe Cities Authority (PSCA) has started to issue e-challans in Lahore for overspeeding and lane change violation.

That’s it from our side, drop what you have to say in the comments section below.

OGRA forwards summary to change the prices of petroleum products