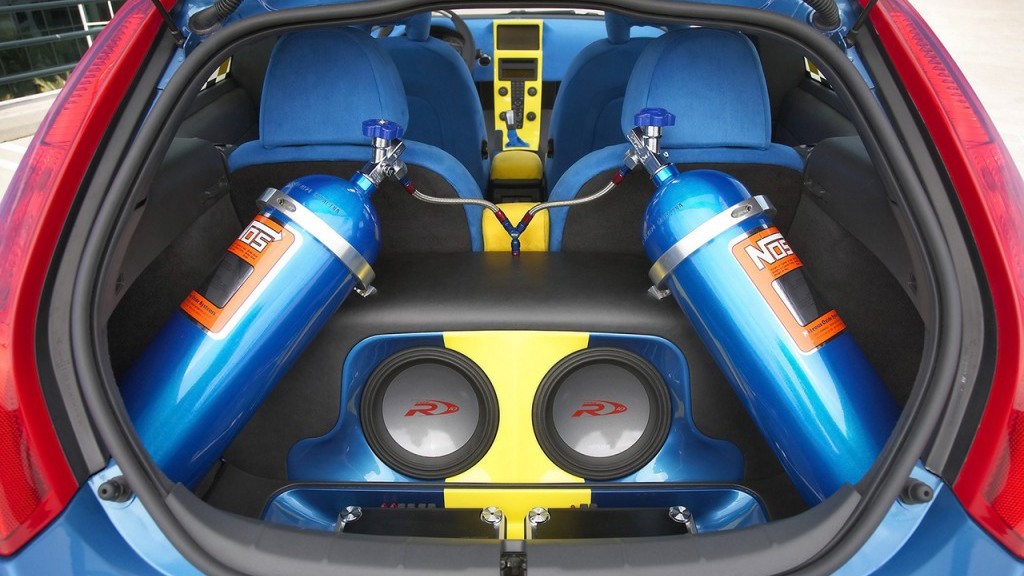 Yesterday I was discussing with one of my friends who poses to be a petrolhead that how on the earth can nitrous oxide (N2O) make a car run faster? My friend Ahmad presented a logic (an illogical logic), saying that actually, the force by which the nitrogen leaves the car exerts a back-thrust on the car, and it goes forward with great speed! I could not swallow this ‘Rocket Science’. I asked a couple of other friends, and all had the same viewpoint. And after looking around on the internet for a couple of hours, I finally came to know how this gas increases the acceleration of a car. Here is what I found.

Nitrous Oxide is made up of nitrogen and oxygen and is a relatively stable substance at normal temperature and pressure conditions. As long as you do not raise the temperature to some 570 F (300 Celsius), it is cool with the nitrogen, but as soon as you expose the gas to the temperatures exceeding the one stated above, the atoms separate forming virgin oxygen.

Now, what is going on inside an engine is that fuel is burning with the help of oxygen but at higher speeds, the oxygen a car is harvesting from the air is just not sufficient. This is the limiting factor of internal combustion engines. At this point, if you inject a pressurized stream of nitrous oxide into the combustion chamber, it does wonders. Due to the high temperatures of the chamber (approx 800 C depending on the vehicle), the gas readily decomposes to oxygen and nitrogen. The oxygen thus formed tremendously increases the burning of fuel in the chamber giving the engine more power. Also, you always introduce the gas along with extra fuel if you are planning to inject a lot of it in the system. Otherwise you can melt the internals of your car. Basically you need to make sure you don’t let the engine run lean.

Like everything, it also has some limitations. First of all it is a gas and requires a lot of space to store. Just imagine that an average 5 liter naturally aspirated engine consumes 10,000 liters of air in a minute. So, running a car absolutely on NOS is not a viable option. It is carried in small cylinders and is used only at critical moments by the drivers.

Another limitation is the engine itself. The reciprocating masses of the engine do not let it run over a specific RPM (I will soon explain the phenomenon in a separate article). In sophisticated cars, the NOS is not used for long duration and the computerized systems automatically cut-off the fuel and/or nitrogen supply if the engine gets too much RPM.

So it means that basically it is the engine which is the fountainhead of power in a car. By using NOS, you cannot make a Mehran beat a Bugatti Chiron.

From NUST Institute of Civil Engineering. Basically a Civil Engineer but Interested in cars and only cars. When I am not doing the studies related work, I am researching on cars and share the interesting info with my pakwheels family.

Apple Will Be Launching Its Electric Car In 2021

Recent Car Fires, How To Cover The Loss?

How To Select The Right Engine Oil For Your Car

What Should You Do if You Have a Flat Tyre?