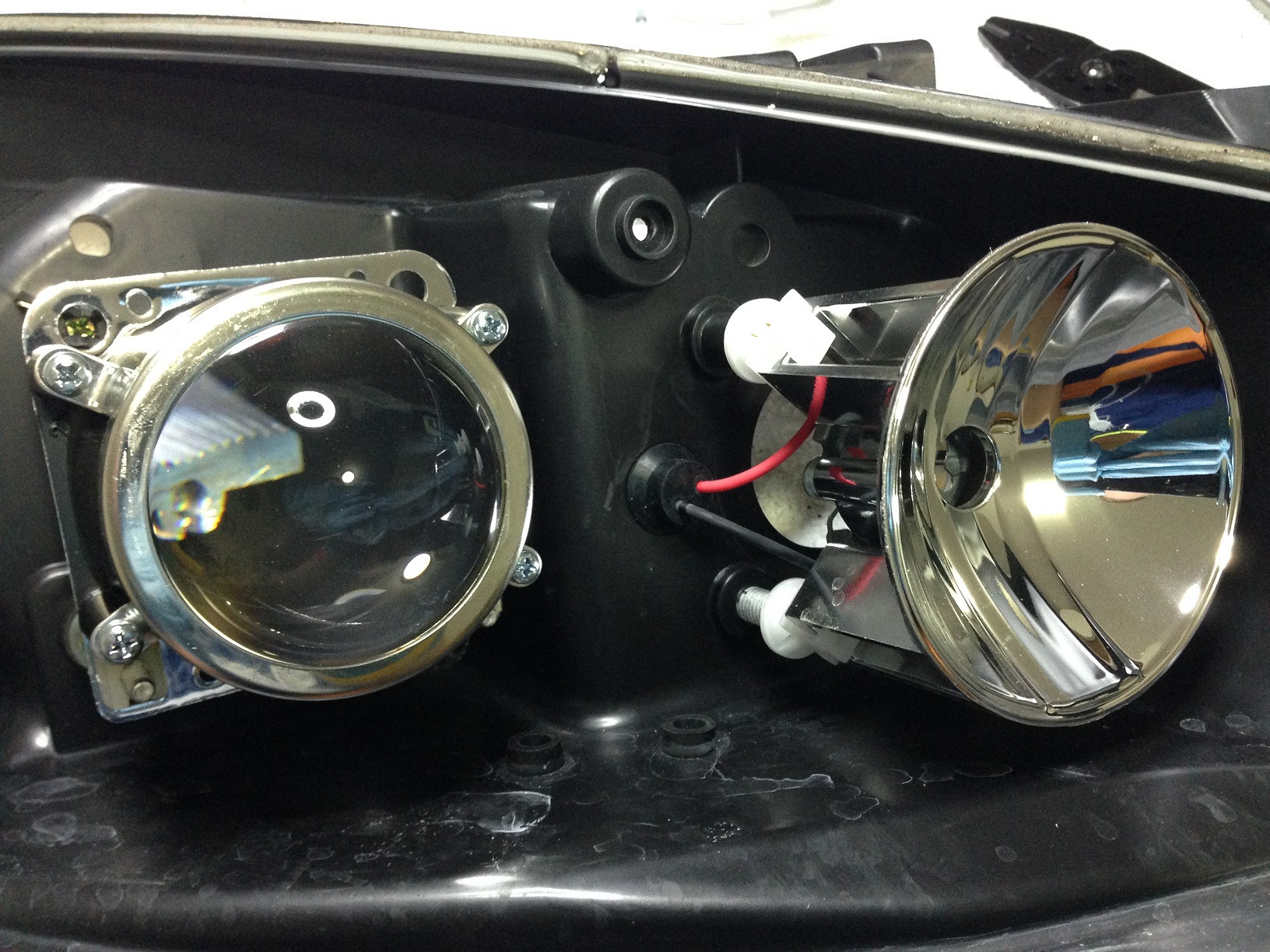 Reflector vs Projector Headlights: Which is a Better Option?

These days, the trend of projector headlight housing is getting very popular. So, naturally, the question of reflector vs projector comes up a lot. It is easy to find these projector head lamps on imported cars in Pakistan and in terms of locally manufactured vehicles, only Honda Atlas and Toyota Indus are offering them in the higher-end variants of their vehicle line-up. And now, I would like to point out the fact that some of the vehicles feature both (reflector and projector) in one headlight, which leads one to wonder about some sort of logic behind all this. The purpose of this article is to settle this issue. Reflector vs Projector Headlights, which is best?

In essence, the conventional reflector headlights use a very simplistic design. It consists of a light source that is situated in the middle of the reflector cup. 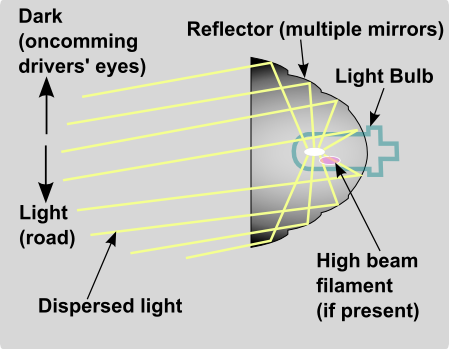 At its most basic form, there are three parts in a projector headlight 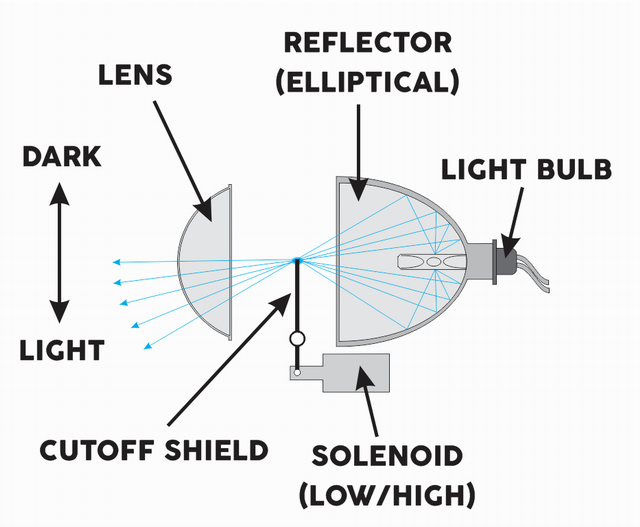 The reflector portion is similar to the schematics of a flash-light. It’s a reflective half-sphere that throws the light in a specific direction. The lens, then bends, spreads or concentrates the light.

Another way to wrap your head around this concept is considering the working of a magnifying glass in sunlight. If you line things up just right with the sunlight and a dry paper, the magnifying lens will concentrate the sunlight to a fine point and the leaf will begin to start to burn. And if the magnifying glass is held closely or far away, the light spreads and the intensity of light will react accordingly. This same principal is applicable to the working of projector headlights. The lens is used to throw the light in a very precise and even manner. The headlight manufacturers tune the headlights so that you get an exceptional experience.

Now many of the astute readers might have noticed a trend in the flow of article, as I have taken the liberty to briefly explain the components and their functionalities. So, keeping this flow alive, the components I am going to discuss include the ‘Cut-off Shield’ and ‘Solenoid’.

To put it simply, without the ‘Cut-off Shield’ the output of headlights will be in a rounder shape – similar to a flashlight-, and now the ‘Solenoid’. It controls the high and low beams. The Cut-off Shield -explained earlier- is for low-beams. When the full-beam is engaged, the solenoid drops the cut-off shield out of the way, allowing all of the light to pass through, giving you the access of full light.

We started off this article with a question; “Reflector vs Projector Headlights: Which is a better option?”, and after all the points that have been discussed above, I believe that it is safe to say that our winner is the Projector Headlights. Not only do they have the ability of handling a HID bulb, their design to deliver an even beam of light and their appearance, all contribute in making Projector headlights a superior choice than the reflector headlight bulb.