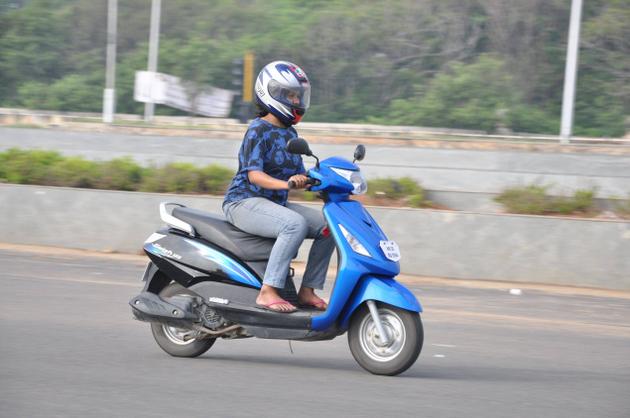 Giving each other a questioning look, my friend and I looked at the direction our driver was looking at and we got flabbergasted ourselves. The driver of the other rickshaw was a female.

She wore a nice grey color Kurta with dark blue jeans, a scarf tied loosely around her neck and a neat ponytail. My friend was like “OMG, what is that girl doing” and I was like “Oh wow, finally women are making their way on the roads in other means of transport”.

Alas! Not everyone was happy like I was. The reaction of the entire traffic near that rickshaw was extremely disappointing, men staring at the female rickshaw driver as if they have lost the power of blinking.

The signal turned green and gone was the girl with her rickshaw, but she left a question in my head. Why can’t women drive rickshaws or ride motorbikes in Pakistan like men do?

I feel envious when I see ladies from bordering countries, riding their bikes and scooters freely to work, college and for local errands. In Pakistan, I can’t imagine doing anything like this.

And even if I dare to be confident enough and try to ride a bike, I will be made so uncomfortable with the comments, gestures and instant “Fatwas” flying over from everywhere that I wouldn’t even dare to think of it again.

My family will start getting strange comments and taunting calls from the relatives and the nosy neighbors suggesting that my family should keep a watch on me. Only because I’m disrupting a social taboo and crossing the cultural limits imposed on me. And to top it off instead of supporting me, my family would start giving me lectures and would start convincing me to stay home rather than motivating me to face our hypocrite society. And this is not only my story, but a story of thousands of women who want to go out and be independent.

We say it’s part of our culture, but I don’t think it has anything to do with the culture. Because at large India, our neighboring country, and us are not very different in cultural terms, so if women draped in saris or wearing jeans can ride motorbikes and scooters there then why not here?

The sad part of all this is that even if somehow women do get an exposure for riding motorbikes in Pakistan, from somewhere religious norms will come in between. I don’t claim to be a religious scholar, but I don’t see what religion has anything to do with women riding bikes, and how it can be of any harm to the beliefs of one’s faith.

This troubles me so much. I wanted to ask all of you out there – are women of this country different than those of India or China? I would really like your opinion on this.

I believe that media plays an important role in creating in our minds what is acceptable and what is not. Media should give more exposure to this topic and should show girls riding bikes, it will give a highly needed signal to the people of Pakistan that that it’s alright for a girl to ride a motorbike.