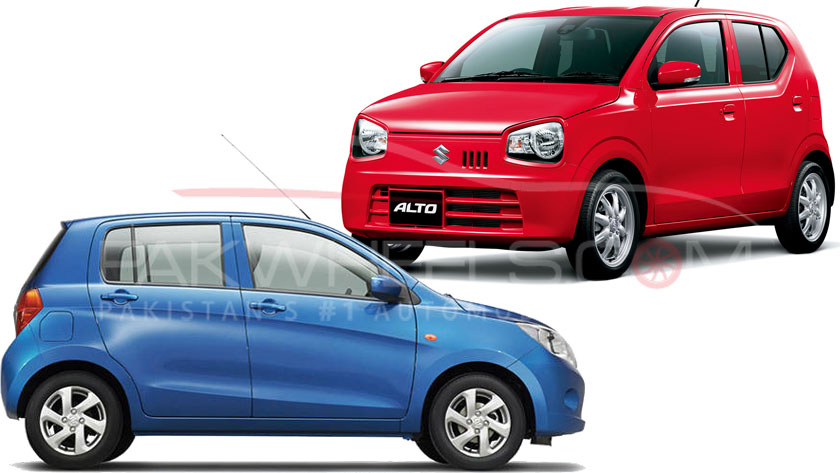 Most Searched Cars on PakWheels.com in June 2019

The automobile market has suffered many hits this past month. The dollar has been rising exponentially and drastically, inflation is on the rise, the government has imposed Federal Excise Duty (FED) on locally manufactured, and imported cars which will invariably result in an increase in vehicle prices and the legendary Mehran has been discontinued. All this has left us questioning what’s next for the local auto market industry, now one of the most volatile sectors of Pakistan’s economy. However, people’s search habits on Pakwheels.com remain the same.

For June 2019, in the used car category people’s interest was only in three cars: Suzuki Alto, Honda N One and Suzuki Wagon R. Alto topped the searches for the month by 53% increase in searches. People are highly interested in the new Alto which launched this month, especially considering Suzuki Mehran’s production has been discontinued. Suzuki Wagon R received attention for the same reason. On the other hand, searches for Toyota Prius, Suzuki Swift, and Honda Vezel declined by 20%.

In the 660cc engine capacity passenger cars, Suzuki Alto held the lead for most searched. Top four most searched were Daihatsu’s Mira, Suzuki Wagon R, and Suzuki Jimny. Since February 2019, these three vehicles have been the top searched cars for the 660cc passenger car category at Pakwheels.com.

Read Also: Most Searched Cars on PakWheels.com in May 2019

Top searched Sedans for June 2019 were Toyota Corolla, Honda Civic, Honda City and Suzuki Liana. In May 2019, the search trend was the same except for Suzuki Margalla instead of Suzuki Liana.

In June 2019, most searched SUVs were Toyota Prado, Toyota Land Cruiser, Suzuki Jimny and Toyota Surf. These were the top searched vehicles for May as well; however, the sequence for top searched has changed slightly.